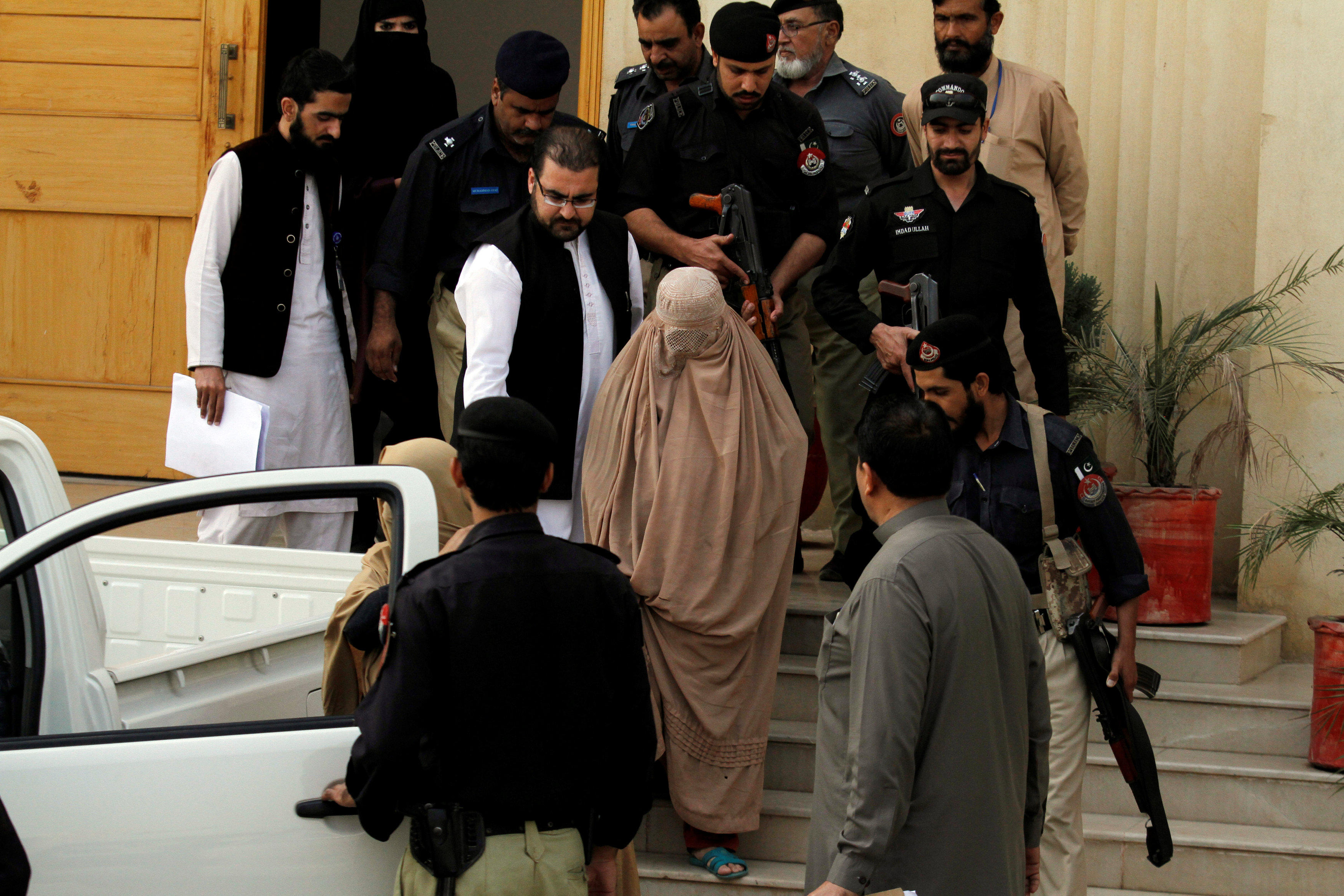 Sharbat Gula was arrested 10 days ago over having allegedly forged ID papers and staying in Pakistan illegally.

Prosecutor Mohsin Dawar said on Friday that she faces deportation after five days, when her 15-day jail term is to expire. He says the court also fined Gula a sum of 110,000 rupees, which is about $1,100.

Afghanistan’s Ambassador to Pakistan issued a statement expressing relief that Gula’s “is now free from the legal troubles she endured over the past couple of weeks.”

“She soon will also be free from an uncertain life of a refugee as she will be on her way back to her own country as soon as next Monday, where she still is a beloved image and a national icon,” said Ambassador Omar Zakhilwal. “She will be met by President Ashraf Ghani upon her arrival to welcome her back home and help her with her resettlement.”

Gula gained international fame in 1984 as an Afghan refugee girl, after war photographer Steve McCurry’s photograph of her, with piercing green eyes, was published on National Geographic’s cover. He found her again in 2002.

In 2014, she surfaced in Pakistan but went into hiding when authorities accused her of buying a fake Pakistani identity card.

Gula reportedly applied for a Pakistani ID card in 2014 using the name Sharbat Bibi, and officials said she was among thousands of Afghans who had been able to avoid Pakistan’s computerized system and get false identity papers.

“Sharbat Gula was ready to repatriate to her father’s village in Kot district (Afghanistan) in early summer this year,” a close relative of Gula told CBS News at the end of October. “But the residents of her native village left… due to Daesh (ISIS),” the relative continued.

“Her Pakistan ID was already blocked one year back… She thought the case had been closed. She is a simple, illiterate lady,” he said.