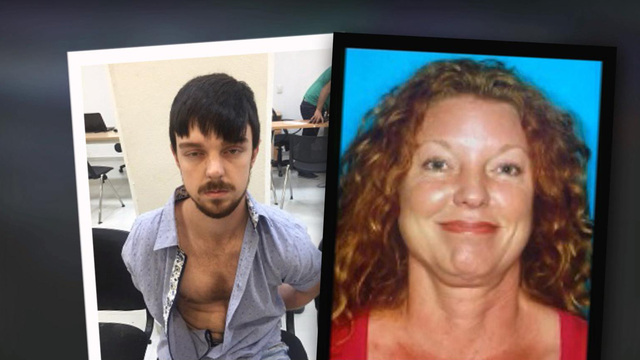 FORT WORTH, Texas --The Tarrant County sheriff says bond has been posted by the mother of a Texas teenager who used an "affluenza" defense after killing four people in a drunken wreck.

In a tweet Monday night, Sheriff Dee Anderson says Tonya Couch posted bond and was expected to be released Tuesday morning after being fitted with a GPS monitor, "barring any unseen delays."

It was unclear how early Tuesday that release could come.

A judge ordered Monday that the bond set for Couch be lowered from $1 million to $75,000.

Couch was charged with hindering the apprehension of a felon, after she was found with her son, Ethan, in Puerto Vallarta last month. Authorities in Tarrant County had been searching for the duo since Ethan Couch missed a Dec. 3 probation appointment.

Tonya Couch's attorneys argued in court Monday that her initial bond of $1 million was far too high for someone charged with hindering apprehension. Prosecutors argued that the high bond was necessary to ensure that Tonya Couch will follow the rules of pretrial release, but Judge Wayne Salvant seemed to agree with her defense.

She has been ordered to reside with another son, Stephen McWilliams, and must submit to electronic monitoring, weekly check-ins with a probation officer, and drug testing.

Tonya Couch's attorney, Stephanie Patten, said in court Monday that her finances could prevent her from paying bond. Her bank account is frozen -- prosecutors estimate it has $100,000 in it -- and Patten argued that Tonya Couch's husband is unlikely to provide her with financial support. She asked for bond to be set at $15,000.

"I believe $15,000 is sufficiently high, given that Ms. Couch is indigent. She does not have access to money," Patten said.

But a prosecutor said in court Monday that Judge Wayne Salvant should consider the fact that Ethan Couch missed a probation appointment as possible evidence of risk that his mother might not meet the conditions of bond.

The prosecutor noted that Tonya Couch is married to a millionaire, though she is separated and going through a divorce. Tonya Couch's son Stephen McWilliams revealed during questioning that a pickup truck that disappeared at the same time as Ethan and Tonya Couch belonged to her husband's sheet metal company.

"This is way different than a typical hindering apprehension case, the allegation is that she actually carted someone across the border," the prosecutor said. "In essence we have a well financed suspect who has shown a willingness to use her resources."

Salvant was unswayed by that argument.

"I'll be very frank with you, I just don't believe with everything I've heard today that it should be a million dollars," Salvant said.

Tonya Couch is expected to plea not guilty in the case. Ethan Couch is being held in a Mexico City immigration detention center, and his attorney has indicated that the teen may fight efforts to deport him from Mexico.

Ethan Couch's case drew national attention and derision when he was sentenced to 10 years' probation for a 2013 drunken driving wreck that killed four people and injured several others, including passengers in his pickup truck.

A defense witness argued that Couch had been coddled by his wealthy parents, a condition the expert called "affluenza." The condition is not recognized as a medical diagnosis by the American Psychiatric Association, and its invocation drew ridicule.

Law enforcement officials say Tonya, 48, and Ethan, 18, fled to Mexico after a video surfaced that appeared to show the teen at a party drinking alcohol. If he was drinking, it would violate his probation and could lead to jail time.

Law enforcement officials believe the mother and son had a going away party shortly before driving across the border in her pickup truck, making their way to Puerto Vallarta. They were first tracked to a resort condominium after ordering pizza. They had moved on by the time authorities arrived, but a witness directed police to an apartment in Puerto Vallarta's old town.

When they were arrested, authorities said Ethan Couch appeared to have tried to disguise himself by dying his blond hair black and his beard brown.

According to the arrest warrant affidavit, Ethan Couch was "scared" after the video surfaced and did not respond to a Dec. 3 call from his probation officer to report for a drug test. He also did not appear for a scheduled meeting with the officer on Dec. 10.

A search warrant of bank and phone records found Tonya Couch had withdrawn $30,000 from a personal account and there was no other activity after Dec. 3. That day she also called her husband Fred Couch to say he would never see them again.

Authorities have previously said they had no evidence Fred Couch was involved in helping Tonya and Ethan Couch flee.