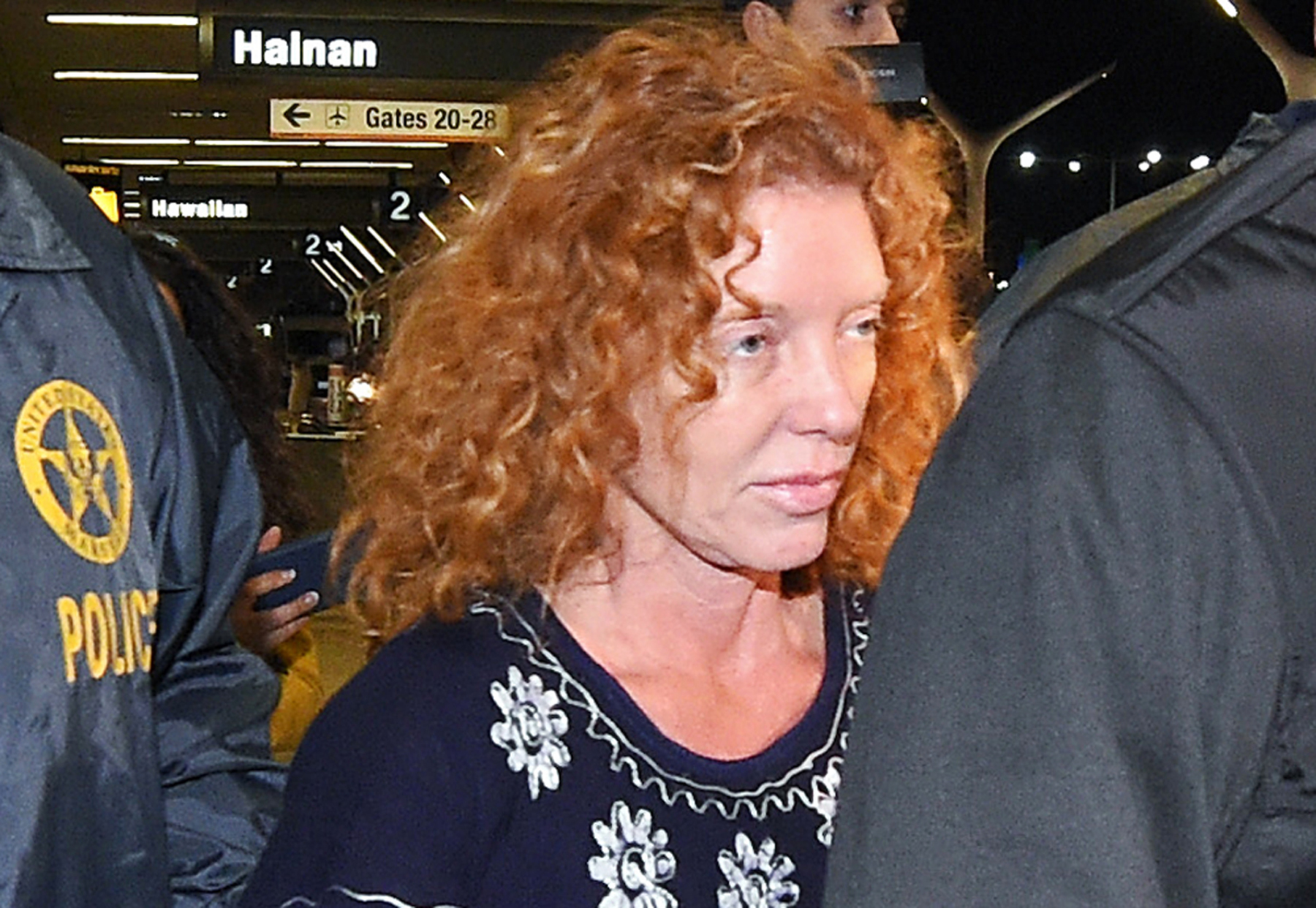 NEW YORK -- The mother of a teen made famous for his "affluenza" defense during a 2013 trial for a deadly drunk-driving crash will appear in court Tuesday, according to the Los Angeles District Attorney's office.

Officials are expected to request that Tonya Couch, who is charged in Texas with hindering apprehension of a felon, be extradited back to her home state. Couch was apprehended in Mexico on Dec. 28 with her son Ethan, who was the focus of an international manhunt after missing an appointment with a probation officer on Dec. 11. Ethan Couch was convicted of intoxication manslaughter in juvenile court in 2013, at the age of 16, for killing four and injuring nine in a drunk-driving crash.

Tonya Couch's attorney has so far indicated she will not contest extradition.

"She looks forward to being returned to Texas as quickly as possible," Stephanie Patten, Couch's lawyer, said in a statement on Dec. 31. "While the public may not like what she did, may not agree with what she did, or may have strong feelings against what she did, make no mistake -- Tonya did not violate any law of the State of Texas and she is eager to have her day in court."

Tonya Couch's bond was set at $1 million. Her charges could lead to up to a decade in prison.

In Mexico, Ethan Couch is now being represented by Fernando Benítez, a well-known lawyer who got a U.S. Marine out of a Mexican prison last year after the Marine was held for seven months.

Benítez said Monday that his appeal against deportation could delay his client's return to the United States for weeks, perhaps months -- or just a single day.

Benitez said he will meet Tuesday with client at the immigration detention center where the teen is being held in Mexico City. That meeting will determine whether Couch stretches out the process, or agrees to drop the appeal.

"If he doesn't want to continue with it (the appeal), he could be deported in 24 hours," Benitez said.

Mexican authorities had planned to deport Ethan Couch, but were halted by a court after Benítez filed a writ of amparo on Dec. 29. The motion will require authorities to explain to a judge why Couch should be deported, as opposed to extradited, a lengthier process more commonly used for transferring suspects wanted in other countries.

In an interview with the BBC, Benítez questioned the United States' justification for requesting that Ethan Couch be sent back to Texas.

"It would be a tough sell for the U.S. to tell Mexico, 'you know what, this man was tried as a juvenile, pled guilty, was handed down his sentence and now five years later we don't think the sentence is fair and we want to retry him as an adult,'" Benítez said. "Mexico is never going to go along with that."

In an email Monday, Benítez declined to comment for this story.

"I'm sorry, we'll be giving no more interviews or statements for the time being," Benítez said.

Authorities in Texas are worried that Ethan Couch is "running out the clock" before he turns 19 on April 11, when he may no longer be eligible to be incarcerated under the terms of the state's juvenile court sentencing guidelines.

The 18-year-0ld's trial in 2013 caused widespread outrage after a psychologist called by his defense team said he had "affluenza," because his wealthy parents had coddled him into a sense of irresponsibility. The condition is not recognized as a medical diagnosis by the American Psychiatric Association, but after Ethan Couch was convicted, he received no incarceration and was sentenced to 10 years' probation.

Ethan Couch disappeared not long after a video surfaced in late November appearing to show him at a party where the game beer pong was being played. When he missed his Dec. 11 probation appointment, a juvenile court judge ordered him apprehended. But if he ages out of the juvenile system before he's returned to Texas, it's not clear what will happen with that order, Tarrant County Sheriff's Office Executive Administrator Terry Grisham told 48 Hours' Crimesider Monday.

"This game is not over, and it's sort of like trying to assess your game at half time," Grisham said. "What will happen on his birthday if he runs out the clock? We'll just have to wait and see. We came on really strong at the end of the first half, but we have a long way to go."