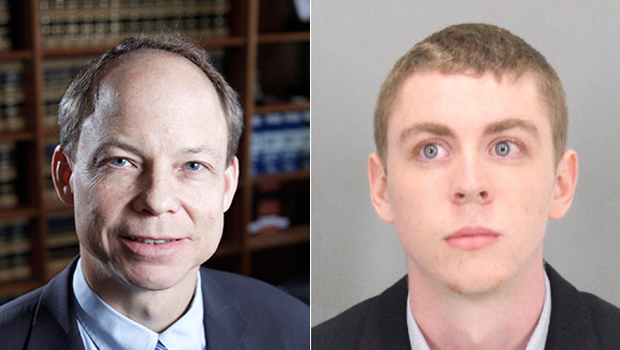 SAN FRANCISCO -- A group of California lawmakers joined women's rights advocates Friday in urging a California agency to take action against the judge who sentenced a former Stanford University swimmer to six months in jail for sexually assaulting an unconscious woman.

The punishment for the Dayton, Ohio, native ignited intense outcry as too lenient. Persky said in court last week that he followed a recommendation from the county's probation department and cited Turner's clean criminal record and the effect the conviction will have on his life.

Also Friday, women's group UltraViolet plans to submit hundreds of thousands of signatures to the agency that investigates complaints of judicial misconduct and disciplines judges in a symbolic effort urging Persky's removal from the bench. But to recall the judge, organizers would need to collect signatures from 58,634 registered county voters.

After a complaint is received by the commission, which meets every six to eight weeks, it will open an investigation within 60 days, agency attorney Victoria Henley said.

Prosecutors had argued Turner be sentenced to six years in prison for crimes that could have sent him away for 10 years. But the county's district attorney has said Persky should not lose his job because of the ruling.

The lawmakers also want District Attorney Jeff Rosen to ask an appeals court to overturn the sentence. But prosecutors said this week that they don't think Persky's decision can be appealed because it was "authorized by law and was made by applying the correct standards."

The judge's decision "confirms what women already knew: That rape culture blames us for being vulnerable when crimes are committed against us, but treats the same factors - drinking, in particular - as reasons to be exceedingly lenient with rapists," Assemblywoman Susan Talamantes Eggman of Stockton said.

Online records show Turner is expected to be released from jail after three months. County jail inmates serve 50 percent of their sentences if they keep a clean disciplinary record. Turner is being segregated from the general jail population, which is standard for high-profile inmates who could be targets.

Stanford University law professor Michele Dauber launched a campaign to remove Persky from the bench and plans to speak at a rally outside the commission Friday.

Lawyers who have appeared in Persky's court have called him a fair and respected judge. He has no record of judicial discipline and previously worked as a Santa Clara County prosecutor responsible for keeping sexual predators locked up.

Several prospective jurors who opposed Persky's decision refused to serve on a jury this week in an unrelated case he is handling. They were dismissed from service after coming forward with their complaints.

A court spokesman has said Persky is barred from commenting on the case because Turner is appealing his conviction on felony assault and attempted rape charges.

Stephanie Pham, a Stanford student who co-founded the Association of Students for Sexual Assault Prevention, said the sentence stirred anger and frustration on campus.

"When the sentencing came out, people lost faith in the legal system," she said. "Survivors felt alienated and silenced by the fact that someone found guilty is still going to be given a lenient sentence."