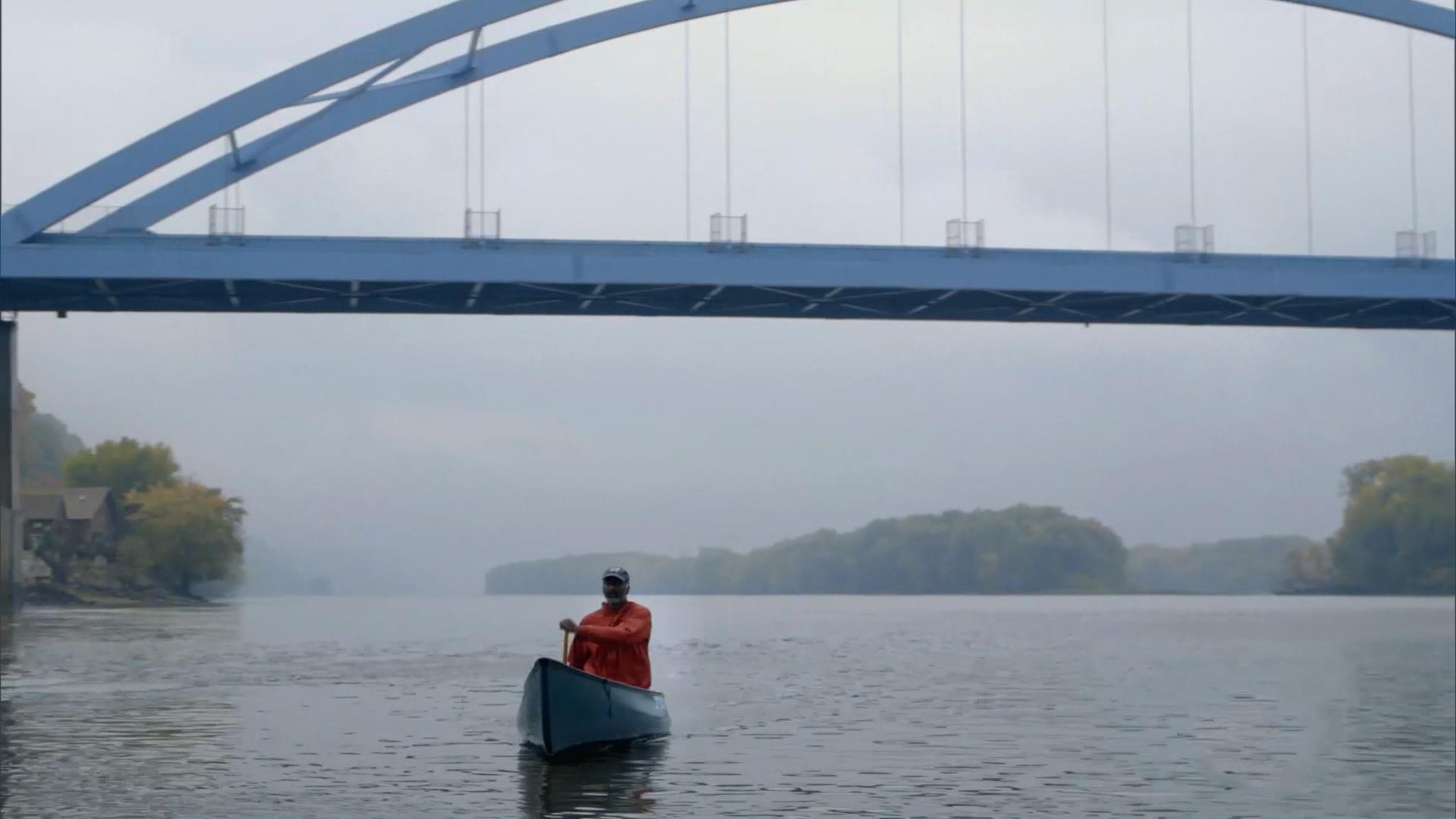 From the gentle rising headwaters in Northern Minnesota, to the Gulf of Mexico over 2,300 miles downstream, Mo Rocca takes a trip on the Mississippi River

It burbles up some 200 miles northwest of Minneapolis, more kiddie pool than storied colossus.

Connie Cox is head naturalist at Itasca State Park, at the headwaters of the Mississippi River.

"What we actually need to do is go from the East side of the Mississippi and walk across to the West," Cox told Mo Rocca for "CBS Sunday Morning." "And, as we're going, you need to make a wish. Because it is told in 90 days your wish will come true. Because in 90 days is when this water will reach the Gulf of Mexico."

The mighty Mississippi rises gently at its headwaters in northern Minnesota, before meandering past Wisconsin, Iowa, Illinois, Missouri, Kentucky, Tennessee, Arkansas, Mississippi, and Louisiana, and empties into the Gulf of Mexico.

"There's no way to understand American history from the very beginning right up to now without understanding the river," Paul Schneider, a historian of the Mississippi, said. "Probably, like everyone who didn't grow up on the Mississippi, my early impression was probably reading Tom Sawyer or Huck Finn."

Mark Twain's Mississippi, alive with steamboats, scalawags, and gamblers, has a hold on us still.

"The river for him becomes this place where all walks of American life come and intersect, and cross, and are changed by going in and out of it," Schneider said.

But today's adventurers, like Eddy Harris, know the river has new stories to tell.

"Why can't we talk about the river as the modern invention, the modern entity that it is?" Harris asks.

Harris has taken his canoe down the length of the Mississippi River, twice.

"It's still seriously important economically, and culturally, musically, all sorts of ways," Harris said. "And it's a beautiful piece of nature."

He was 29 the first time, with next to no experience with boats.

"Along the upper, upper river, before the river turns into anything, when is a still a real small stream, I began to feel comfortable, and I loved it," Harris said.

There are calm days, and danger days, and there are days when the river just won't let you move at all.

Thirty years later, Harris took up his paddle again, to make a documentary.

"Suddenly you round this bend, and BOOM, Minneapolis is right in front of you," Harris said.

Rocca joined Harris 500 miles downriver, near his hometown of St. Louis. He asked Harris if he'd ever been afraid of the river.

"Probably," Harris said. "Because we were definitely warned about it. The warning was, 'don't even look at it because the whirlpool will hypnotize you and suck you in. And you will drown and die and never be heard of again.'"

Way down on the lower Mississippi, where the river's nearly a mile wide, Rocca found writer Rinker Buck, another modern day river rat.

"This is based on an 1846 flatboat design that I saw in a painting," Buck said. "There were no photographs then."

He built a nineteenth-century style flatboat and navigated it from Pittsburgh down the Ohio River and into the Mississippi.

"This is a pretty placid stretch here, because it's just basically a straightaway," Buck said. "But when you get into the real sharp bends, it can get more complicated."

Buck steered Rocca towards Natchez, Mississippi, an important center of trade in the pre-civil war south.

"That house up there, the Briars, is where Jefferson Davis was married," Buck said. "Probably the wealthiest community in America, that's where all the cotton went through when cotton was king."

Today its plantations, built by slaves, are tourist attractions.

Natchez' s glory days long ago receded, but the river itself remains as vital as ever.

Lifeblood that stopping flowing this spring as the raging Mississippi flooded farmlands and river towns from Minnesota to Louisiana, bringing barge traffic to a standstill.

"This year was a generational flood, much like 1927… and 1993," Graziano said. "Where it's likely for many people who are impacted the worst flooding they've experienced in a generation."

The Army Corps of Engineers spends billions of dollars a year trying to keep the Mississippi from wreaking havoc, but historian Paul Schneider says there's only so much man can do to control it.

"When it's not at its absolute wildest, it behaves the way the Army Corps of Engineers and the navigation industry need it to behave," Schneider said. "But there is no taming this river."