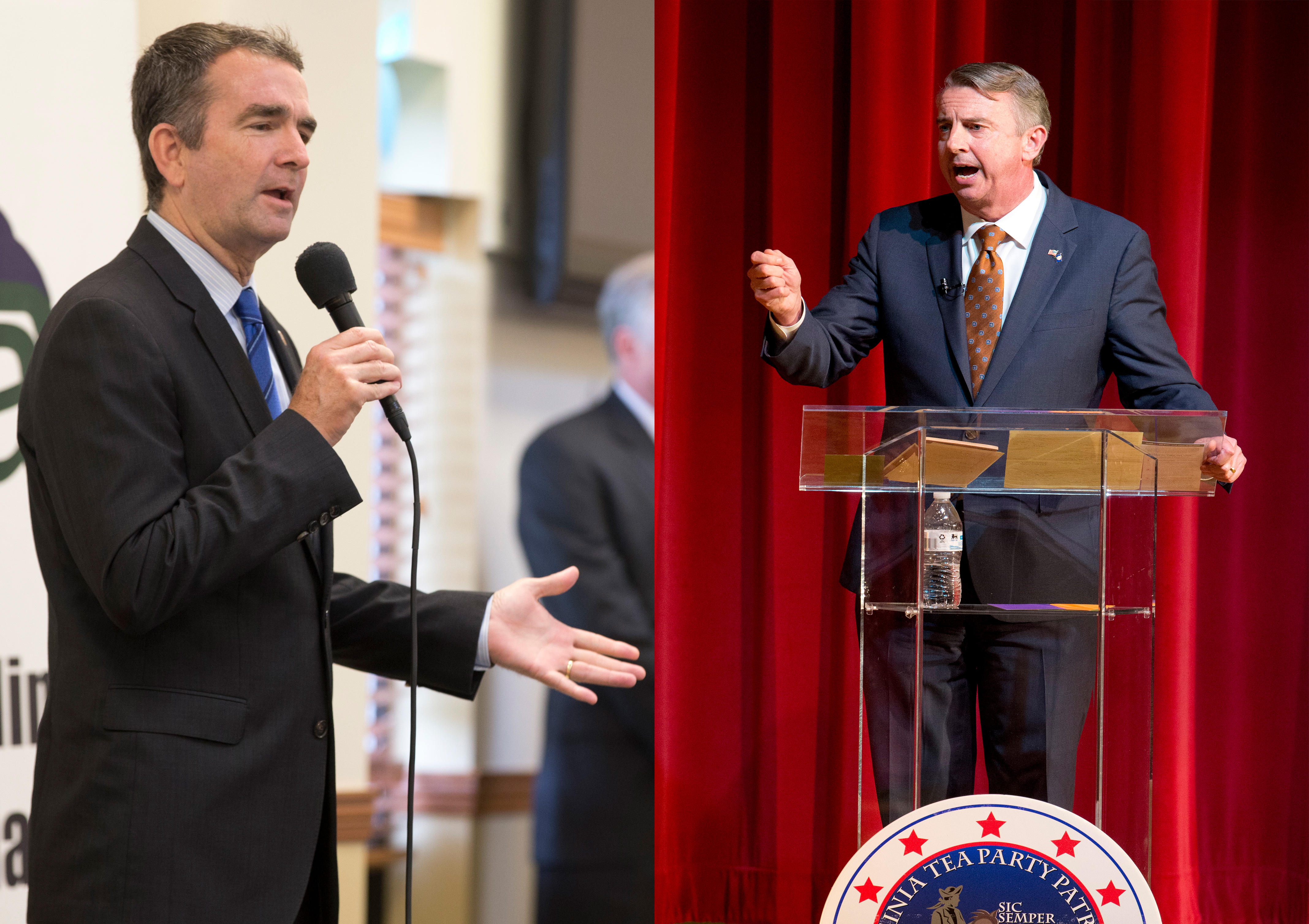 What are the major races Tuesday night?

Tuesday will be the first regularly scheduled Election Day since President Trump's victory in November 2016. And while off-year elections typically benefit the party that does not control the White House, Republicans are looking to win a big gubernatorial race in Virginia.

On Tuesday night, all eyes will be on the Old Dominion, where Democratic Lieutenant Gov. Ralph Northam is facing off against Republican Ed Gillespie, a former chairman of the Republican National Committee and adviser to George W. Bush. They're fighting to see who will be the next governor of Virginia, and while the race has always looked like it was Northam's to lose, Gillespie could pull off the upset.

And in Washington, a special election for a state senate seat could flip that chamber into Democratic hands, which would make the Evergreen State one of only a handful where Democrats control the governorship and the legislature. Around $6 million has poured in the race, with progressives hoping a Democratic state senate will approve new measures related to gun control and climate change.

Also worth watching is Maine, where voters will head to the polls to decide whether the state should expand Medicaid. Maine's Republican governor, Paul LePage, has vetoed Medicaid expansion as part of the Affordable Care Act five times. On Tuesday, Maine voters will have a chance to overrule him, becoming the first state to decide the issue via a referendum. Health care activists from across the country will be watching the outcome of that election closely.

Why is Virginia such a big deal?

From 1968 to 2004, Virginia was rather solidly Republican and always voted for the GOP candidate in GOP years. But the state's changing demographics has since made it much more friendly to Democrats; it voted for President Obama twice, and was the only southern state Hillary Clinton won in 2016. In addition, the state's current governor is a Democrat, as are its two U.S. senators.

Gillespie, who was thought of as a traditional Republican conservative, surprised onlookers when he nearly beat Democratic Sen. Mark Warner in 2014. Now Republicans are bullish on his chances of beating Northam, who has run a lackluster race that has highlighted Democrats' difficulty in reaching rural voters.

Gillespie, meanwhile, has been running not so much as the establishment Republican he has been in the past but as a Trump-style culture warrior. He's come out strongly for keeping the state's memorials to the Confederacy, preventing sanctuary cities, and keeping out immigrant gangs.

It's a message designed to get Trump voters enthusiastic about voting for him, and in recent weeks polls have shown a tightening race. The latest RealClearPolitics polling average gives Northam a tiny 3-point lead, meaning this race could easily go either way on Tuesday.

"He's closed an enthusiasm gap by rallying around the Trump agenda," former White House strategist Steve Bannon told The New York Times. "And I think the big lesson for Tuesday is that, in Gillespie's case, Trumpism without Trump can show the way forward. If that's the case, Democrats better be very, very worried."

Interestingly, Gillespie has tried to pull this off while keeping the president at arm's length. Mr. Trump never campaigned for Gillespie in Virginia, but has tweeted his support for Gillespie numerous times.

And while Gillespie's campaign has been criticized for messaging that would seem to play to racial anxieties, Northam has also been knocked for an ad showing a Gillespie supporter trying to run down minority children with a pick-up truck. The ad, which was paid for by a pro-Northam outside group, was not directly authorized by the campaign.

If Gillespie wins, what does that mean?

It means you can expect a lot more Republicans to embrace a Trumpian, populist message that's heavy on cultural wedge issues when the 2018 midterm elections come up. It might also signify that the GOP is in decent shape to keep winning elections even as the Republican-controlled Congress has been light on big accomplishments, and provide what The New York Times called a "template for how to run a state campaign in the Trump era."

But the more interesting developments might happen on the Democratic side. Since Mr. Trump's victory, Democrats have found themselves in the midst of a low-grade civil war between progressives and more moderate Democrats, which stems in part from their acrimonious 2016 presidential primary between Clinton and Vermont Sen. Bernie Sanders.

Sanders backed former congressman Tom Perriello in the Virginia Democratic gubernatorial primary against Northam, who was the more moderate and establishment pick. Should Northam come up short, expect progressive activists to highlight his failure as yet more evidence for why the Democratic Party should move left and embrace a more populist economic message.

Not that a Northam victory will necessary prevent such recriminations. If the race is close, Republicans will likely be pleased with how Gillespie did. Democrats, meanwhile, will not appreciate that they ever had to sweat about this race to begin with, particularly given their recent string of defeats in special elections.