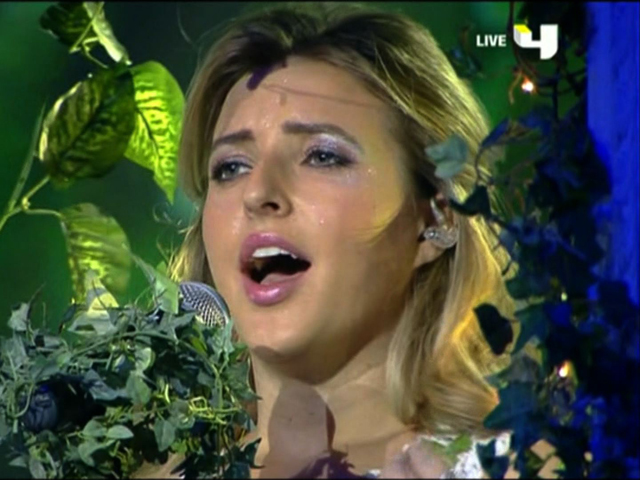 She came so close -- only to lose in the finals.

But it's the runner-up who has stunned audiences and emerged as the unlikely singing sensation of "Arabs Got Talent."

Unlikely, because while Jennifer Grout has got plenty of talent, she's certainly not an Arab.

Unlikely, because her audition revealed the 23-year-old barely spoke a lick of Arabic.

But when she began to sing, she nailed every note, every subtle, complicated nuance. People stopped laughing.

She was pitch - and word - perfect. And won audiences over right up until the finals.

She studied classic Arabic music as an undergrad then moved to Morocco to further indulge her passion.

Jennifer performed so well, in fact, people began to wonder whether she was maybe hiding Arab roots.

"I just have to laugh, and I just actually have to be flattered because it's not true and it just must mean that I'm doing a good enough job for people to not even believe it," she said.

We also asked why she didn't apply for "America's Got Talent."

"Because I wanted to sing in front of an audience that would really appreciate it and I wasn't sure if that would be in the States," she said.

And it did happen in the Arab world. Even though she didn't win tonight, she's left home to find fame that now stretches all the way from Beirut -- right back home to Boston.

How the San Francisco Bay is kept safe and clean