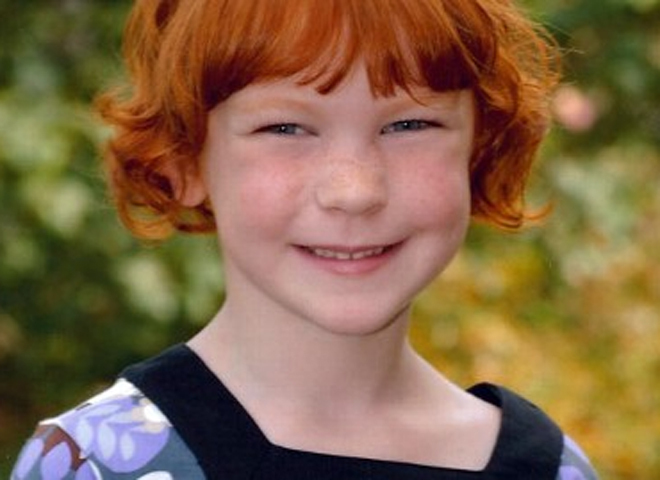 Each family was assigned a Connecticut State Trooper as a guardian and a guide.

This is a story of a relationship that changed the lives of the Hubbards. Matthew and Jenny had two children in the school, Freddy and Catherine. But when Jenny arrived at the fire house, she could only find one.

Jenny Hubbard: The first thing I saw was -- was Freddy and he, as soon as he saw me he lost it because he kept saying to me, "Mama, I can't find Catherine". Thing about Catherine is she had fire red hair. And so, I said to him -- I calmed him down and I said, "You stay with your teacher. I'm going to go find Catherine."

Matthew Hubbard: During that time I wasn't even here, on that Friday I was almost four thousand miles away.

Scott Pelley: You were in Switzerland, on a business trip?

MH: I was in Switzerland on a business trip and I got an email from somebody in work that something had happened in the school.

JH: Some of the parents started calling the hospital and I didn't. I sat there with Freddy because I knew in my heart, I knew that Catherine was gone.

SP: You just knew that?

JH: I just knew it. Mother's instinct, call it what you want. My belief is that God just wrapped me up and -- and held me tight knowing that what was to unfold in the coming hours and the coming days was just going to be horrific.

MH: I called you after I read that and your words -- and I'll never forget this is -- "They assigned a trooper to us. You need to get home."

Eddie Vayan: I said, "My name's Eddie. I'm a trooper that's assigned to you. I'm here for whatever you need. I'm not going to leave your side."

Eddie Vayan had been a trooper three years, was married, with a one-year-old son.

SP: When you saw that picture of the prettiest little girl anybody ever saw, what did you think?


EV: How could this happen?

JH: And one of the parents was like, "Enough. Just tell us what's going on," because we had been there for a long time and I'm not sure what the quote was or what was said specifically. It was, "If your child's not here they're probably a fatality." For myself it was like a weight, like, I'm not insane. She's really gone. For other people in the room, they were screaming and they were on their knees just in pain, just in pain.

Eddie Vayan stayed by Jenny, helped get Matthew home and used a photo to help identify Catherine so her parents didn't have to. He kept reporters away, became a big brother to Freddy and drove Jenny to pick out Catherine's last dress.

SP: Has Freddy asked you any questions about his sister and about the shooting?

EV: The only concern Freddy has is, did my sister feel pain? And obviously, answer's no. And so, he's just concerned for her.

MH: Freddy asked him if he would stand by Catherine's casket, after the wake in full uniform and he did.

SP: He also stood by them the day Freddy went back to school. It was hard to put Freddy on the bus that day?

JH: Because the last time I put my kids on the bus one didn't come home. And I think the only reason that we were able to do that, it's because we knew that when that bus stopped at the new school Eddie was standing there.

EV: I had got to school an hour early and I wrote a note for him and I put it on his desk, telling him that he'll be okay, be brave. Here's my e-mail and my cell phone number if you need to call me, which I was getting random emails during the day when he's in class.

JH: It's the kindness in him that goes far beyond what anybody could ever expect.

In any future tragedies the Connecticut State Police plan to match troopers with families again.

When asked how long he would be close to the Hubbards, Eddie Vayan told us, until they introduce me to Catherine in heaven.