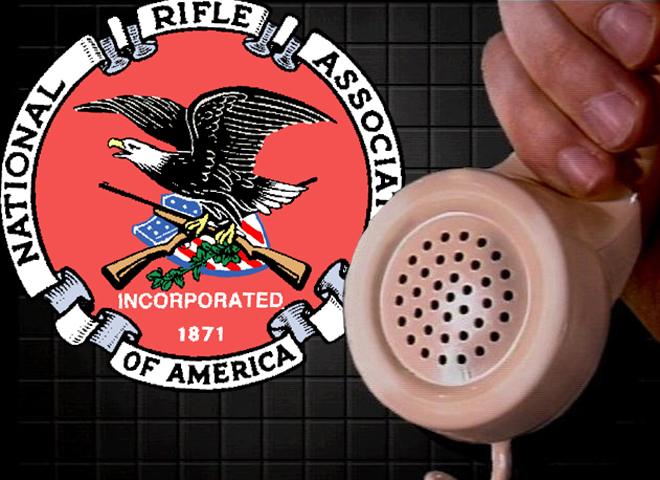 NEWTOWN, Conn. Just over three months after the mass shooting at Sandy Hook Elementary School in which 20 students and 6 educators were killed, robo-calls against gun legislation have been received by Connecticut residents, including some in Newtown.

The cal describes itself as "an urgent legislative alert," and targets constituents of lawmakers who "will play a key role in determining whether the Connecticut General Assembly will pass legislation restricting your gun rights."

In addition to the pre-recorded calls, the NRA is also sending out postcards with similar advocacy messages, including one which calls the gun control legislation "dangerous."

The robo-calls and cards come as Connecticut lawmakers are taking up the issue of gun restrictions. Last week, the state's Public Safety and Security Committee passed a bill that would require criminal background checks for all private firearm sales. The measure, which passed out of committee by a vote of 23-0 (with two absent), now goes to the General Assembly for a full vote.

For a town touched by tragedy, some feel emotions are still too raw to hear such calls, describing the targeted messaging as callous and inappropriate.

Critical comments about the NRA's calls have appeared on the Facebook page of the Newtown Action Alliance.

The NRA is allowed to make such calls because it is a nonprofit organization.

WFSB sought comment from the NRA about the robo calls but have not heard back.