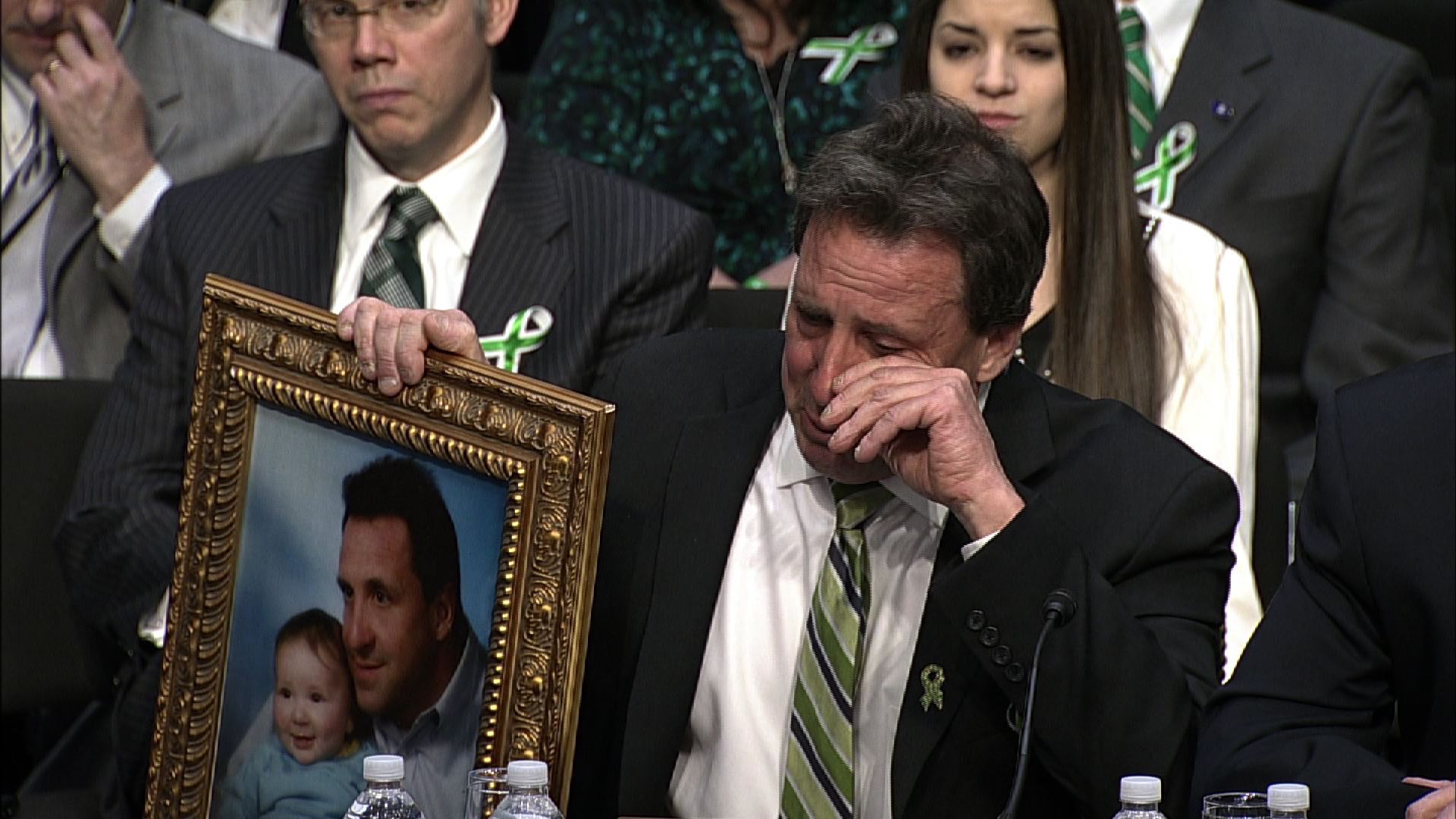 The cold-blooded murder of 20 first graders in Newtown, Conn., sent a chill through every home in America and changed, as nothing else could, the national debate over gun violence.

Today, the Senate heard testimony on a bill that would ban assault weapons, including the AR-15, the gun that was used at Sandy Hook Elementary School.

Among the first witnesses was Neil Heslin, a still-grieving father.

"I'm Jesse Lewis' dad," he said in between tears. "Jesse was brutally murdered at Sandy Hook School on Dec 14th, 20 minutes after I dropped him off."

Heslin clutched a framed photo of his son as he tried to put words to his sense of loss.

"Jesse was the love of my life. He was the only family that I have left."

The audience, filled with Newtown families, wept. And so did some lawmakers as Heslin begged them to ban the kind of weapon used to kill his son.

"That's a dangerous weapon and anybody who can deny or argue that isn't being honest," he said.

"When a child has 3 to 11 bullets in them and it's an assault-type bullet, it explodes inside the body, it doesn't go through a straight line. It goes in and then it opens up. That's not a survivable injury," he said.

Their testimony drew sympathy from Republicans, but not agreement. Republicans argue an assault weapons ban would trample on the Second Amendment.

"We should not target our efforts to needlessly restrict the constitutional liberties of law abiding citizens," said Texas Sen. Ted Cruz.

South Carolina Sen. Lindsay Graham wanted to know why gun sale laws already on the books aren't being enforced. "I own an AR-15," he said. "I passed the background check."

Milwaukee Police Chief Edward Flynn said he has his hands full with more serious gun crimes. Graham asked him how many cases of background checks he's made, but Flynn said it didn't matter.

"It's a paper thing," he said, speaking over Graham. "I want to stop 76,000 people from buying guns illegally ... If you think we're going to do paperwork prosecutions, you're wrong."

Democrats argue they have public opinion on their side on this issue, but right now they don't have the votes for an assault weapons ban. They are making more headway on a measure to strengthen background checks, however. A bipartisan bill to do that could be introduced in the next couple of weeks.

Cat reunited with owners 16 years after running away
Nancy Cordes