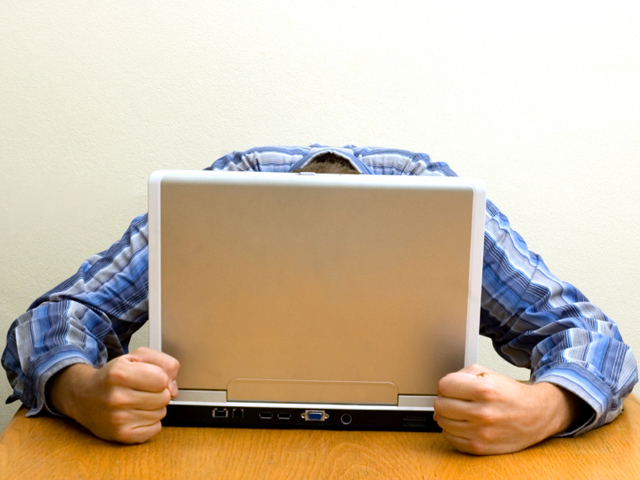 Whether or not an Ohio teen who allegedly went on a shooting rampage this week had been a victim of bullying -- that claim has not been confirmed -- the age-old problem that has gained widespread attention as the result of a series of deaths and suicides in recent years.

Whatever led to the tragedy at Chardon High School, bullying certainly can have fatal consequences. In 2010, two high-profile deaths were linked on bullying: The suicides of Tyler Clementi, and Phoebe Prince, a 15-year-old who hung herself.

Of course bullies are not new. But experts maintain the problem has become more devastating for a simple reason. In the past, a bullied child could escape by going home. Now technology allows bullies to cyber stalk their victims, giving them no respite or recovery time.

Whether it's nasty comments posted on the victim's Facebook page, or threatening notes sent to their cell phones, today's bullies electronically follow victims everywhere they go. Parents have to be aware of the risks and take steps to keep bullies out of the bedroom.

"In the physical world, bad things -- like bullying -- can happen when your kid goes to school," said Hemanshu Nigam, founder of SSPBlue.com and a White House advisor on cyberstalking. "But then the child comes home and has time to regroup and get stronger in a safe environment."

The online world changes that, he added. Computers, cellphones and iPads bring the bullies and stalkers to you 24/7. "The wealth of technology that's out there allows the penetration of bad things even after kids have left that physical setting," Nigam added. "Just because they are in their bedrooms doesn't mean they've reached a safe place."

You also need to know whether your child is participating in bullying, said Stanley Holditch, marketing manager at InternetSafety.com. Law enforcement authorities are taking bullying increasingly seriously, pursuing criminal cases against kids whose bad behavior contributed to a death. This is not a schoolyard problem anymore.

How can you spot and stop bullying and cyberstalking?

Beware bad neighborhoods: You know where bad neighborhoods are in the real world, but cyberspace is full of dangerous places that look safe, including Facebook, Twitter and MySpace. If you allow your child to have these accounts, monitor them. Make using the sites contingent on parental access, without filters. Either demand that you have access to your child's passwords or make sure that you, or close friends that you trust, have unfiltered "friend" access to the child's account and check it regularly. It's worth noting that most people use Facebook and other social networking sites simply to keep in touch. They're not inherently worrisome.

Some other sites should raise red flags if your child uses them at all. A site that played a role in Phoebe Prince's death was FormSpring.me, a social networking site that allows kids to ask questions -- like "why are you so ugly?" Or "why does everyone hate you?" -- without using their names. FormSpring has since instituted some controls, allowing moderators to reject some questions. Another site called StickyDramas may be worse, Holditch added.

And new -- and often increasingly dangerous -- sites spring up daily. If you want to know whether your kids have been hanging in bad online neighborhoods, you've got to venture into cyberspace yourself, Holditch said. Start by regularly checking the "history" on the computer web browser. If you see sites you don't recognize, click on them to find out what they're about. If your child is sophisticated enough to browse on "private" settings or clear their history, you'll need to do more than a simple check.

Put up fences: If you don't think you're savvy enough to monitor what your child is doing online, you can buy a monitoring service like SafetyWeb or SocialShield for as little as $100 annually. There are also free or inexpensive products that can block your child's access to websites and content that you find inappropriate. Your kids will know that they're being blocked, but won't necessarily know if you're monitoring them. Every parent should tell their kids where they can and cannot go online and enforce those boundaries, Holditch added. InternetSaftey has a web-rules contract that they suggest parents and kids print and sign together.

Spy: If you suspect that your child is sneaking around on the web and is too smart to leave a trail, you may want to buy spy software from a company like SpectorSoft. This software will copy everything your child does on his or her computer, allowing you to view actual screen shots and conversations. The personal version retails for just under $100.

Collect the cell: Late-night cell messages can not only bully your kids, they can keep them awake and make it more difficult for them to do well at school -- or handle difficult situations, said Judy Kuczynski, president of Bully Police USA, a group formed by Brenda High, when her son Jared took his own life. Sleep deprivation can cause everything from bad judgement to physical illness. Take the cell away before bed. You can look at the text-message history here, too, if you think you need to.

Talk: Parents often have a good sense of when something is amiss, but they might dismiss their worries as being overblown. Teenagers are often moody, we tell ourselves. This is probably just normal. "Take those instincts seriously," Nigam said. If your parental antenna tells you to worry, spend additional time trying to open the channels of communication. If the child isn't talking about what's bothering him or her, broach neutral topics. Ask them to show you sites that they think are cool online, Nigam suggested. That can be an opening to a bigger conversation.

Emphasize character: What if you suspect that your kid could be the bully, rather than the bullied? Make sure that you spell out the rules of acceptable behavior -- both online and in person. Kids will often do things online that they'd never do in person, simply because they don't have to face another person eye-to-eye. Tyler Clementi didn't go to bad cyber neighborhoods. His death was the direct cause of the insensitivity of his roommate and a high school friend, who were charged with criminal violations of privacy. The tormentors of Phoebe Prince faced more serious charges. If you won't emphasize kindness for moral reasons, do it to keep your kids out of prison.

Be the bad guy: Don't hesitate to be the "unpopular" parent by turning off the web or cell phone or setting tough rules and restrictions, added Kuczynski. Realize that if you say "no" to something, your child is allowed to still be "cool" without succumbing to the destructive vortex that sucked in his or her friends.

Why? The child can blame "her crazy-strict mom" or her "mean dad." Being the strict parent who pays attention is a gift you give to your kids. "Our kids live in an age when socialization is tied to electronic devices that can go off at 3 a.m. There is no safe time, unless a parent is involved and takes the time to monitor what's going on," Kuczynski said. "Expecting children to have the maturity, the sophistication and confidence to do something about it, is impossible," she adds. "This is an adult problem. Parents need to step in."