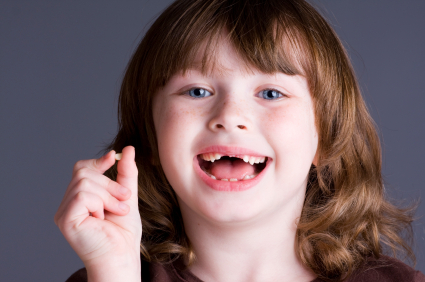 The lackluster economic recovery even cut into the amount the Tooth Fairy was willing to pay, according to Delta Dental, which has conducted Tooth Fairy polls for more than a decade. The Tooth Fairy left 17% less under the average pillow in 2011 -- $2.10 vs. $2.52 in 2010 -- a steep cut and a nearly sure sign of economic woe.

"Like many Americans, the Tooth Fairy needed to tighten her belt in 2011, but she's hopeful for a recovery this year," said Chris Pyle, spokesperson for the Delta Dental Plans Association.

Delta, which offers dental benefit plans, surveys parents about Tooth Fairy practices every year in order to draw attention to oral health. In addition to asking about the value of a toddler's tooth, they survey parents about how many sugary drinks their kids can have in an average day and how often they see a dentist.

Even though the poll is primarily for fun, Delta maintains that the Tooth Fairy take tends to track the economy and stock market fairly closely. If that's the case, things may be looking up for toddlers 2012. The stock market, as measured by the S&P 500, is up 7% so far this year.

Other findings of the poll: