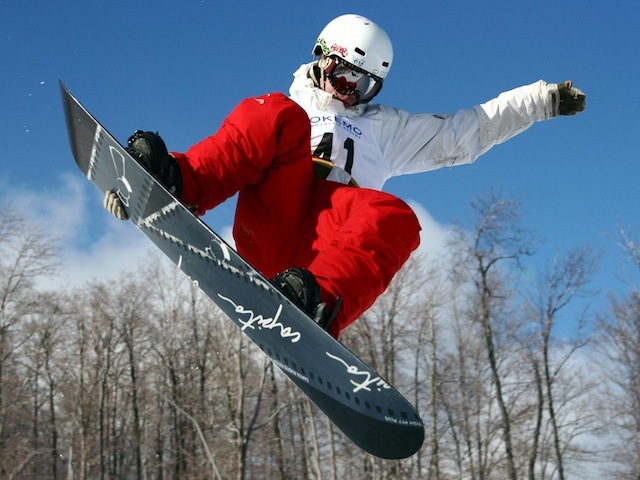 (MoneyWatch) There's a strange dichotomy here in Silicon Valley. In some ways, we live in a bubble that's more or less insulated from the gloomy global economy. We have high-flying companies like Amazon, Apple, Facebook, Google and Oracle, and all the millionaires and even billionaires that come with them.

And while the unemployment rate here is slightly better than the national average, there's no denying the pain that small business owners and those outside the tech sector are feeling from the sluggish economy and high cost of living and doing business in the region.

Regardless of which side of that equation you're on, you can't help but see the other side. In a strange sort of way, that's depressing for everyone.

When Thomas Paine wrote "The American Crisis," he was trying to inspire the American revolutionaries in their battle for independence from the British. While that was way back in 1776, I still find the first paragraph meaningful and inspiring today:

"These are the times that try men's souls ... yet we have this consolation with us, that the harder the conflict, the more glorious the triumph. What we obtain too cheap, we esteem too lightly ..."

While I'm sure it lifted their spirits when General George Washington read those words aloud to his troops, I bet it also helped to get a few victorious battles under their belts. Words can be inspiring, but actions can often be more powerful and have longer-lasting effects.

Most of us aren't fighting any military battles these days, but our business and financial ones can be just as trying to our souls. Over the years, I've developed a handful of strategies for lifting my spirits and boosting my confidence during tough times. Some are quick and easy, others require a longer-range commitment, and they all work:

Start -- and finish -- a big project. When the tech bubble burst in 2001, I was running a high-tech startup. When we filed for bankruptcy, it was really, really depressing. Instead of just jumping to another job, I spent the next three months building a greenhouse, not from a kit but of my own design from raw materials. And you know what? Besides the great tomatoes and lettuces, to this day I still look at it and think, "Wow, I built that."

Do something outside your comfort zone. Last weekend I roasted a chicken on my outdoor grill-rotisserie. I even made the gravy, an Italian chopped salad and some nice side dishes to go with it. Sure, I can cook, but this was definitely outside my comfort zone. My wife -- the real chef in the family -- coached me and it turned out great. It was fun to do, good to eat, and I got a real sense of accomplishment out of doing something that challenged my status quo. Besides, if it's got something to do with family or friends, it'll provide some much needed perspective on what really matters in life.

Face a secret fear. It's one thing to challenge your status quo, it's another thing entirely to take on a fear you've harbored for ages. Don't say you don't have one, you know you do; we all do. If it's public speaking, get into Toastmasters. If it's heights, jump out of an airplane (with a parachute, now). If you've got a crutch that you're not sure you can do without -- like drinking -- try quitting for a month. Facing your fear is so uplifting and confidence-building I can't even express it in words.

Get outdoors and do something physical. Sure, exercise will boost your mood, but for a lot of people it's a big hurdle to get over and, frankly, I don't think it's very inspiring to work out in a gym or run on a treadmill. Instead, try getting out in the great outdoors. Take a long walk around a lake, at the beach or anywhere with a nice view; do some gardening or landscaping; take a hike; whatever works. I don't know why, but doing something physical outdoors can really change your perspective.

Devise and implement a system that resolves a long-standing problem. If your home office is a complete disaster that's plagued you for years, especially around tax time, come up with a way to organize it. If your garage is so packed with garbage you can't even park a car in it anymore, build some storage, shelving and a place for your tools. If your dog never listens to you, sign both of you up for a training class at your local vet. Reorganize your kitchen. Trust me -- you'll feel great afterwards.

That's my list. What's worked for you in the past?