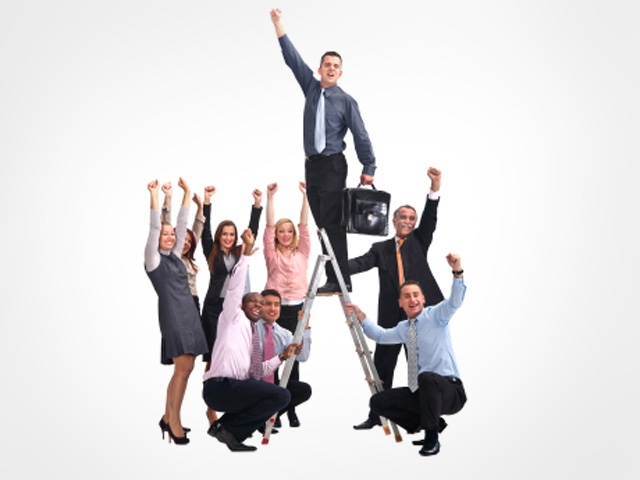 (MoneyWatch) COMMENTARY Some people have a passion for music. Others can't stop watching reality TV. My accountant collects baseball cards. Me? I've got this thing about trying to figure stuff out. It's like my brain never stops working, which is probably why I drink too much.

Today, I'm thinking about the dozens and dozens of people I've known that made it big. CEOs, VCs, entrepreneurs, VPs, business owners -- all sorts of success stories. Some were so ridiculously improbable -- shocking, really -- that only now, looking back on it, does it even begin to make sense. Others, you just knew all along they had what it takes.

Now, I hear from readers all the time about the losers they work for. The incompetents, back-stabbers, and game-players that somehow manage to get themselves into positions where they can order people around and feel like big-shots. They are out there; I've known a few myself.

Does slow and steady win the race?Where do big ideas come from?How to schmooze your way to business success

But here's the thing. Nobody's perfect. Not you, me or them. If they're just low-level managers, fine, it can happen. But if they made it to the top or anywhere close, I'd be willing to bet they've got some positive characteristics, as well. Speaking of which, if any of these ten attributes describe you, you've got a decent chance of making something of yourself.

Just to be clear, I'm not saying you've got to have one or more of these characteristics to be successful; I just can't think of anyone who managed to pull it off, at least not today. If you think I missed something, be sure to let me know.

Can my boss delay a promised raise?

You're a fierce competitor. Maybe you've got something to prove, even if you don't really know to whom or why. Some people have a real killer instinct; they've just got to win. And one of the reasons they do is because they're relentless about getting the job done no matter what. That's a big deal in the business world.

You're really, really smart. You may be quirky and dysfunctional, but if you're smart enough and don't screw up too badly, you'll manage to do something cool, especially these days. You see, Jesus was misquoted. He actually said, "The geek shall inherit the Earth."

You're a turtle. I knew somebody back in the day at Texas Instruments who was anything but a shining star. But you know, he still managed to accomplish things, just one step at a time. He paid attention to detail. He did the right things. And slowly but surely, he climbed the corporate ladder. Now he's a CEO. It happens.

You're an idea guy. Some people somehow come up with big ideas. Microsoft cofounder Paul Allen, Albert Einstein, and Steve Jobs, to name a few. Are they geniuses? I really don't know, but I do know that those who are capable of brilliant inspiration and innovation don't always fit the classical definition of smart.

You've got instincts. Some people don't have their own ideas but they're very good at recognizing a good idea when they see it. They may not be brilliant, but they can see it in others. Some VCs are very good at picking and developing winners. They trust their gut instincts and it works.

You're a born leader. When you speak, people listen. When you say go there, folks do it. Some people have a knack for inspiring others. So people follow. Where you lead them doesn't really matter; you'll probably make a name for yourself anyway.

You think you're special. Of course you're not. We're all the same, flesh-and-blood people. Maybe you're a little bit delusional; who knows? But that characteristic can drive you far. In other words, it can be self-fulfilling, at least to a point.

You're a narcissistic psychopath. Leaders are sometimes identified that way. Well, some are. Keep in mind, there are shades of gray here. We all have egos, but too much and you've got narcissistic tendencies. Some people are capable of compartmentalizing their feelings. That alone doesn't make them psychopaths, although it's a good start.

You've got a head for business. The kid that made money selling comics and trading baseball cards grew up to be Donald Trump. Sometimes it's parenting, which almost certainly played a role in Trump's case. Bill Gates, too. Some people just have business in their blood. Head, blood, DNA -- I don't know where it is, but it's there.

You're a schmoozer. The word schmooze often has a negative connotation. That's just wrong. Whether you're good with relationships, have the gift of gab, or can sell ice cubes to an Eskimo, you can call it schmoozing or anything you like, but it just means you can relate to people. That's a very good thing in the business world.