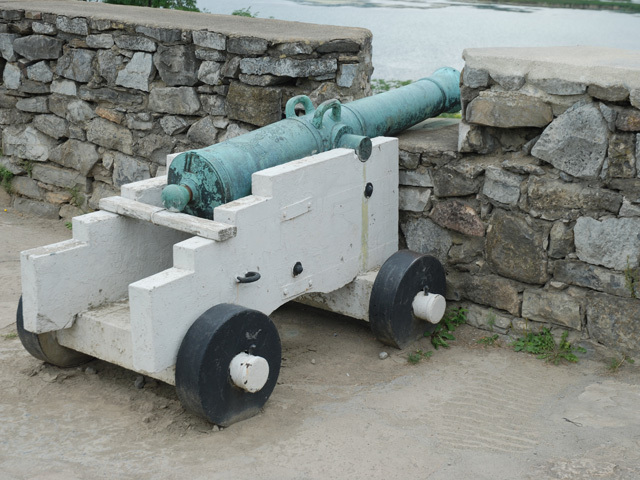 (MoneyWatch) The New York Times recently published a lengthy piece that frames patents as financial and intellectual weapons. But while many any of the article's points are correct -- notably the power that Apple (AAPL) has gained through filing numerous patent applications on its iPhone and iPad developments -- it also perpetuates several important misconceptions.

Current high profile patent litigation involving Apple, Samsung, Google/Motorola (GOOG), Microsoft (MSFT), and others can easily lead you to think that the current use of patents as weapons is new. It's not.

Eli Whitney and his partner Phineas Miller brought many suits during the late 18th century to protect the market of the cotton gin. Thomas Edison regularly used patent challenges and litigation to attack competitors and secure General Electric's future.

You could say that Apple started its round of suits in 1988, when it claimed that Microsoft stole the Mac's look and feel and put it into Windows. Former Sun Microsystems CEO Jonathan Schwartz has written that Steve Jobs threatened Sun with a patent suit in an attempt to quash a product.

Patents are popular because they can provide both offensive and defensive weapons. Corporations can not only protect what they are currently doing, but try to set up roadblocks to keep competitors from moving down a particular line of research or product development.

Many tech companies are positioned to cause trouble

The popular story that has developed around the smartphone industry is that Apple has all the cards in its hands and its competitors are flailing about powerlessly. But when it comes to patents, volume is powerful, because there are that many more chances that some claim under some patent could apply to what a competitor is doing. And Apple is far from the best armed player.

For example, if you search over the last 20 years (the lifespan of a patent), IBM has been granted 65,485 patents, according to U.S. Patent and Trademark Office databases. Microsoft: 21,555. Samsung has 51,320, including the largest number of LTE patents held by one company. They cover the newest high-speed data wireless data transfer technologies.

Although Apple has been heavily filing for patents, it has 3,242 in total granted over the last 20 years.

Patent claims -- the legally protected descriptions of an invention or innovation -- may sound formidable, but they are frequently overturned.

An analysis by international law firm Morgan Lewis shows that, when challenged in court, patent claims usually are invalidated. Over the years 2007 through 2011, out of 243 patent cases with challenged claims in federal district court, on the average, the claims were upheld only 14 percent of the time. Here's a table from the report:

This is one reason why large bankrolls favor companies involved in patent litigation, because tactics that delay and expand the expense of taking legal action can drain the budget of a company with less money and force it to capitulate. The New York Times report shows such an example with the fight between voice recognition companies Vlingo and Nuance.

Talk of patent trolls may be misdirection

A common theme in patent discussions is that so-called patent trolls -- companies that aggregate patents without making products and then sue "practitioners" that put technology into use -- are the cause of much of the conflict today. A recent study suggests that 40 percent of patent lawsuits were brought by trolls in 2011.

However, if you look at the report itself, you notice that in the same year, close to 55 percent of the cases were brought by practitioners. If trolls are a problem to industry, operating companies that make something could be considered an even bigger one.

It's good to remember that, according to at least one industry insider, the term troll was coined at a large technology firm as a deliberate PR move to reduce support for small companies that filed infringement suits.

The cost to consumers may be lower than people think

Two of the more popular arguments against the current patent system is that it makes it more difficult for companies to innovate and that it adds an effective tax to goods that consumers buy. But neither stands up well to some application of common sense.

It might be that some innovation is stifled, and many smaller businesses do worry about ending up on the wrong side of a patent dispute. But the number of patent applications filed continues to increase every year. Perhaps the activity of larger companies masks the problem, but it is difficult to persuasively argue that innovation as a whole is decreasing.

As for the threat of the patent suit tax, look at an area like smartphones. For all the billions being spent in litigation, the products continue to either stay steady in price or drop, so consumers don't seem to be feeling the pinch.