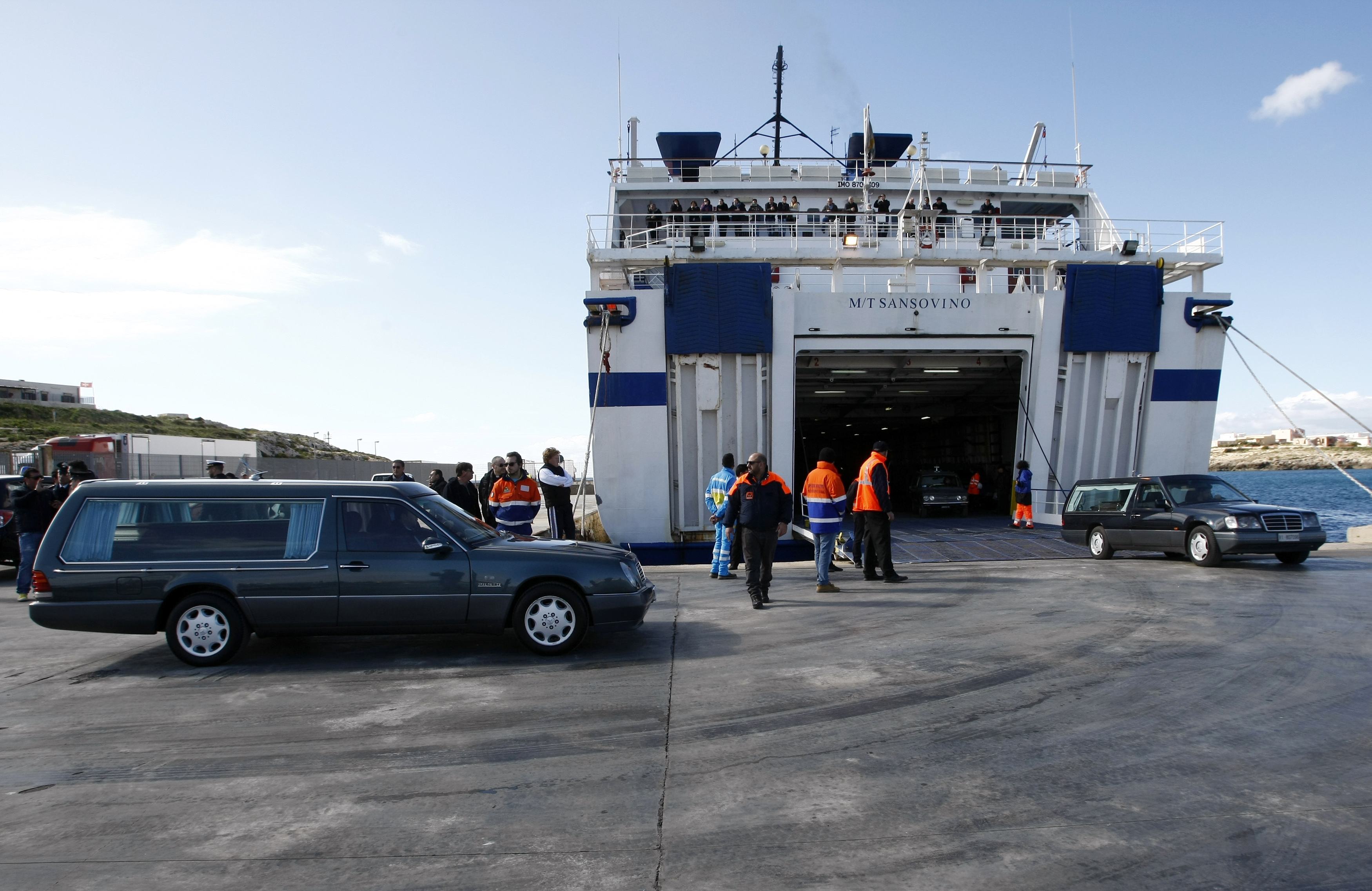 ROME -- The latest tragedy in the Mediterranean - in which as many as 300 migrants are feared dead after trying to cross rough seas from Libya to Italy in inflatable rafts -- has reignited debate over Europe's response to the migrant crisis.

They managed to transfer the migrants onto their boats, but during the 18 hour crossing to Lampedusa, the tiny Sicilian island which has been the theater to much of the migrant drama, 29 people between the ages of 18 and 25 died of exposure. Each patrol boat had blankets, a doctor and a nurse, but not enough indoor room to shelter the migrants. Forced to remain outside in freezing temperatures, some of the wet and weakened migrants died.

But the story would got worse on Wednesday. Aid workers revealed that the survivors had said their boat was only one of four which left Libya on Saturday, each carrying approximately 100 people. The refugees said that two of the other boats capsized, and the fourth boat disappeared.

If confirmed, the tragedy would be the biggest loss of life since the European Union took over patrols in the Mediterranean in January.

The EU patrols, called Triton, replaced the Italian Mare Nostrum operation, an aggressive search and rescue mission which ventured into international waters, with the specific aim of saving lives.

Between October 2013 and December 2014, Mare Nostrum rescued 189, 741 people. Critics said Mare Nostrum actually encouraged migrants to make the crossing, and that its suspension would result in fewer crossings, and thus fewer deaths.

That has not been the case. According to the United Nations humanitarian agency which deals with displaced people, UNHCR, during January 2015 -- the first month of Triton's operation -- 3,528 migrants made the crossing, compared to 2,171 in January last year.

Resources have decreased. Triton, operated by the EU's Frontex border agency, has a budget of 90 million euros per year, whereas Mare Nostrum cost Italy 9.5 million euros every month - or about 114 million per year.

Triton is a mere border control operation, extending just 30 miles from the Italian coast, whereas the Italians ventured close to the Libyan shore. The Italian government had also deployed navy ships with full hospitals, able to cope with medical emergencies such as the hypothermia that killed the latest victims this week.

"This new tragedy realizes our worst fears about the end of Italy's Mare Nostrum search and rescue operation and exposes the predictable consequences of the European Union's failure to provide an adequate replacement," said John Dalhuisen, Amnesty International Europe and Central Asia Director, in a statement.

During his Wednesday General Audience, Pope Francis said he was "following with preoccupation the news from Lampedusa," and renewed his call for "solidarity so that no one is without necessary aid."

UNHCR's regional head for southern Europe, Laurens Jolles, said Triton "doesn't have as its principal mandate saving human lives, and thus cannot be the response that is urgently needed."