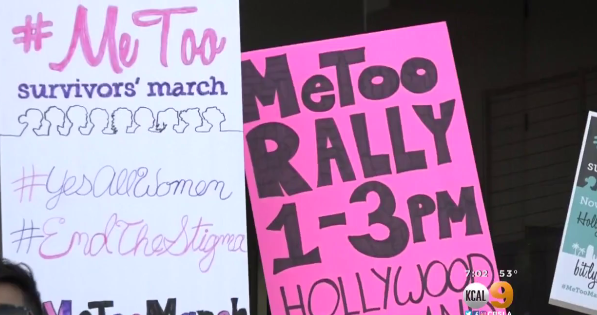 Two hundred twenty-three women who work in the national security field signed an open letter saying that they, too, have either been victims of sexual harassment, assault or abuse or know others who are victims.

Women, they said in their Nov. 28 letter, are driven out of the field by men who "use their power to assault at one end of the spectrum and perpetuate -- sometimes unconsciously -- environments that silence, demean, belittle or neglect women at the other."

The letter, first reported by Time.com, goes on to say that assault "is the progression of the same behaviors that permit us to be denigrated, interrupted, shut out, and shut up," which fosters an environment that lets sexual harassment and assault "take hold," the letter reads.

While the signers acknowledge that the institutions where they are -- including the Pentagon, the State Department, USAID, Homeland Security, intelligence community and National Security Council -- all have sexual harassment policies, they argue "these policies are weak, under-enforced, and can favor perpetrators." "The existence of policies, even good ones, is not enough," they say.

They're calling for leadership to clearly condemn such behavior, for multiple private channels to report on abuse without fear of retribution, independent mechanisms to collect data on claims, mandatory training for employees and mandatory exit interviews for women leaving federal service. The signers also want to see more women in top leadership positions, and managers held accountable for creating a workplace culture that respects women.

The women who signed the letter are diplomats, civil servants, members of the military, staffers, contractors or development workers. Over the past few months, women in entertainment, politics and other fields have emerged with accusations of sexual misconduct or harassment by prominent leaders in their fields.