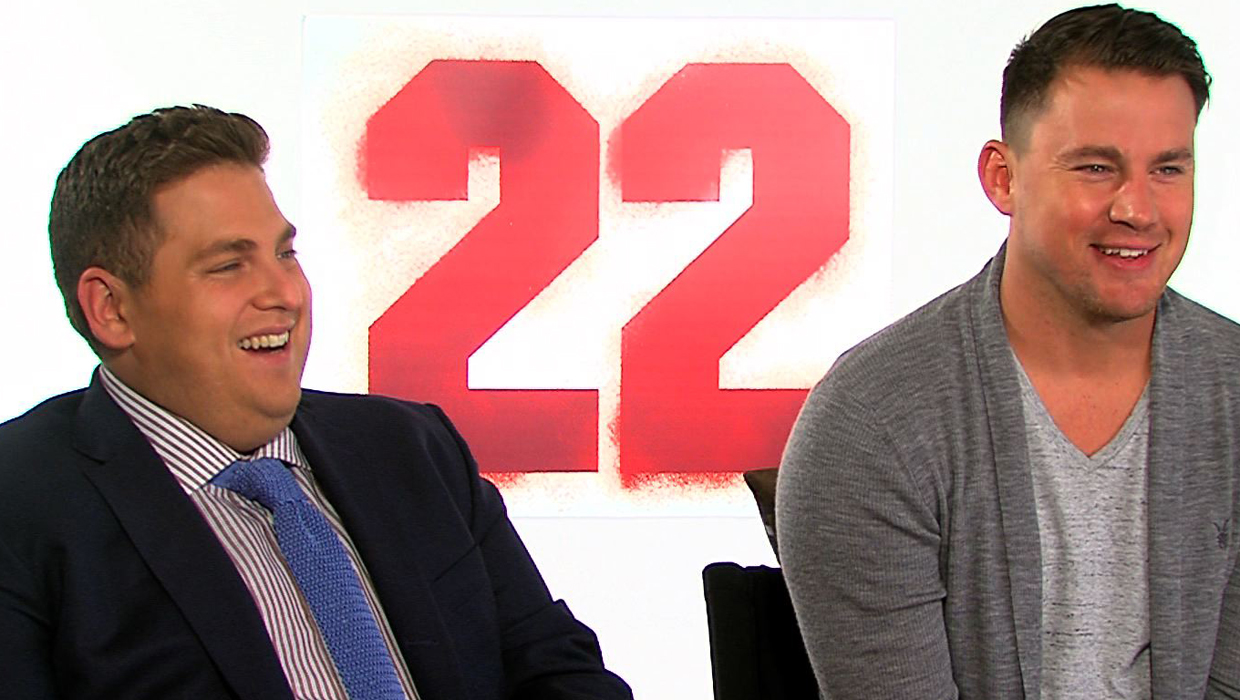 Channing Tatum and Jonah Hill are trying to get past freshman year while fighting off drug dealers in their new comedy, "22 Jump Street."

In the 2012 breakout hit "21 Jump Street," the two actors and real-life friends portrayed undercover cops posing as high school students. The duo find themselves enrolled in college this time around, although most of the students on campus don't believe they're young enough to be actual freshmen.

Many jokes are made in "22 Jump Street" about the staleness of sequels and the ages of the film's two stars, who also served as producers on the project. There's also much mention of the overtly homoerotic dynamic between their characters.

The film has been landing lots of praise from critics for its clever ways of calling out the lack of originality in most sequels. Hill and Tatum have also been attracting acclaim for the "bromantic" chemistry, although their characters start to find themselves growing further and further apart as the semester unfolds.

We had a chance to screen the film and our take is that "22 Jump Street" definitely gets a passing mark for rising above your standard adolescent fare.

Here's what others are saying:

Claudia Puig, USA Today: "'22' is a smart and appealing comedy, powered by the winning chemistry of Channing Tatum and Jonah Hill, and cleverly directed by Phil Lord and Christopher Miller, the duo behind '21 Jump Street' and 'The Lego Movie.'"

Rene Rodriguez, Miami Herald: "One of the great things about '22 Jump Street,' which does for sequels what the previous film did for big-screen TV adaptations, is that it incorporates all its fourth-wall jokes and references into an actual plot."

Mick LaSalle, San Francisco Gate: "If something big is going on right now that we're taking for granted, it's comedy. We get a good one every few weeks, and the latest, '22 Jump Street,' is better than most."

Bill Zwecker, Chicago Sun-Times: "Though I enjoyed enormously this latest offering in the rebooted 'Jump' franchise, the effortless, unexpected bromance/partnership between the two unlikely undercover cops is what makes this franchise work."

Bob Mondello, NPR: "Filmmakers Phil Lord and Chris Miller (who are themselves impressive partners at this point) know enough not to mess with a successful formula."

Chris Nashawaty, Entertainment Weekly: "If you loved '21 Jump Street,' you're in luck: The sequel, '22 Jump Street,' is the exact same movie."

Stephen Rea, Philadelphia Inquirer: "Does winking irony make a dumb joke funnier? Does the meta-acknowledgment that everyone's in it for the bucks give a purposefully dopey sequel more cred? Does the undercover-cops buddy comedy '22 Jump Street' take the 'sub' out of gay subtext? You bet."