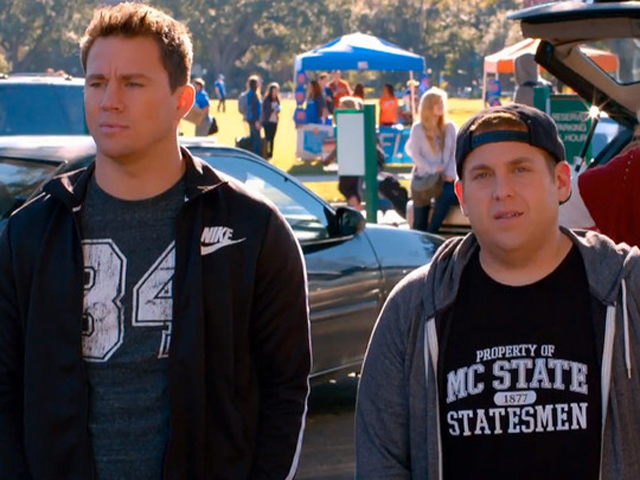 In 2012, Channing Tatum and Jonah Hill proved that even though Hollywood is out of ideas, not all reboots are bad, as "21 Jump Street" turned out to be a critical and commercial success.

Well now the undercover duo is back for "22 Jump Street," and in a brand new red band trailer, they're taking their talents to college.

Several characters from the 2012 film are featured in the trailer, including "Parks and Recreation" star Nick Offerman's Deputy Chief Hardy, who displays the same meta-humor and self-effacing about the franchise that made the initial reboot such a hit.

"Nobody gave a [expletive] about the Jump Street reboot, but you got lucky," remarks Offerman, adding, "so now this department has invested a lot of money to make sure Jump Street keeps going."

Well guys, we're just glad to have you back.

Check out the trailer above, which finds the gang in high risk situations, like co-ed bathrooms, college parties, and even paying a visit to Rob Riggle and Dave Franco's characters in prison. You'll never guess how they've been spending their time...