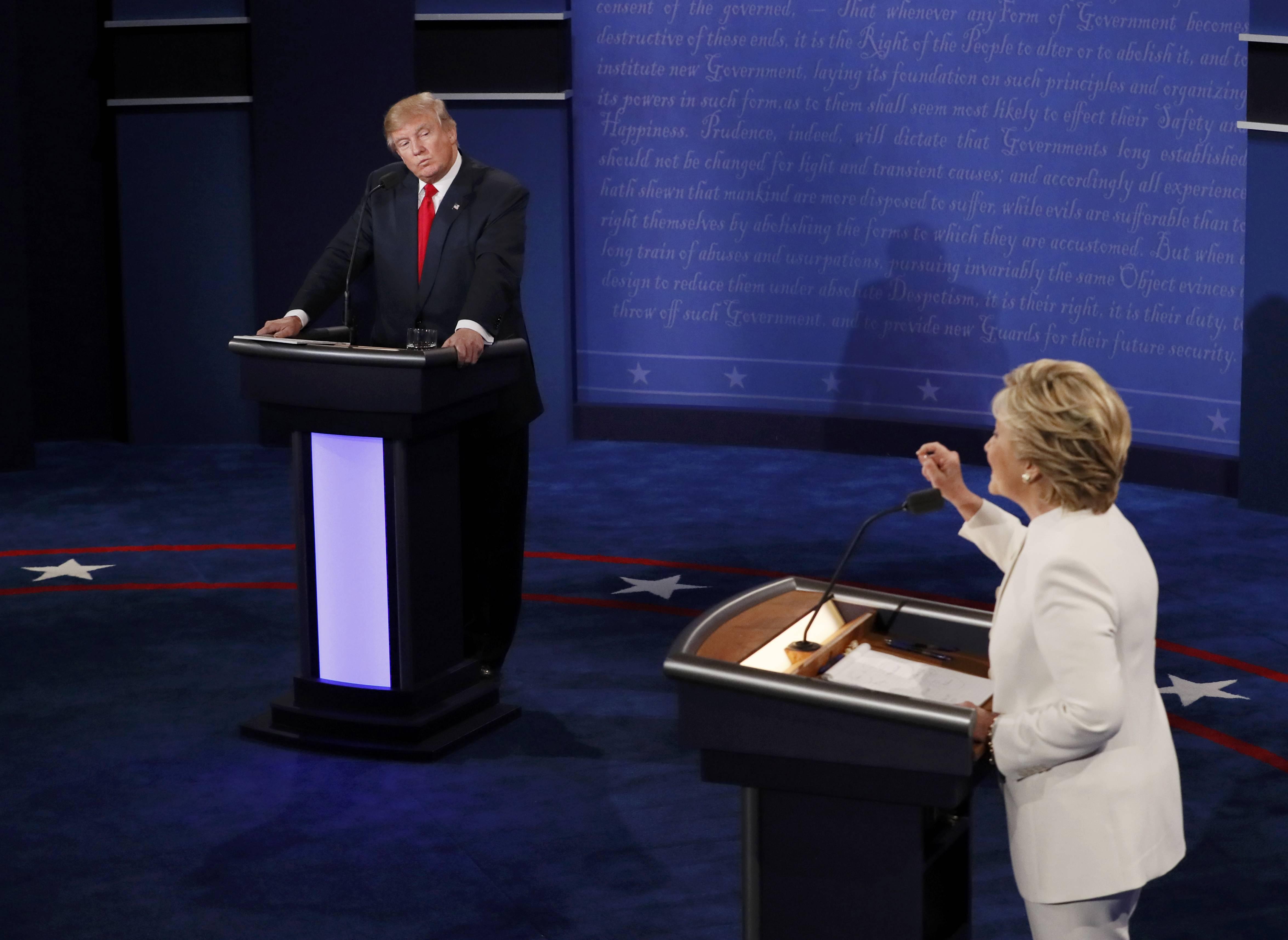 For the third debate in a row, Donald Trump expressed doubt that Russia was behind recent hacks of Democratic groups, putting him at odds not just with Hillary Clinton, but with the entire U.S. intelligence community.

“She has no idea whether it’s Russia, China, or anybody else,” Trump said at the final presidential debate held in Las Vegas Wednesday night. “Hillary, you have no idea.”

“Do you doubt 17 military and civilian agencies,” Clinton fired back.

In this case, Clinton had it right. Two weeks ago, the U.S. intelligence community announced it is “confident that the Russian government directed the recent compromises of e-mails.”

The candidates also challenged on a number of other issues throughout the debate. On the issue of immigration, Trump said Clinton agreed with his signature proposal.

“I voted for border security, and there are...” Clinton began speaking, before Trump interrupted, “And the wall.”

We rate Trump’s claim as partially true. As a senator, Clinton did vote for a bill to build 700 miles of fencing along parts of the 2,000-mile Southern border, but not a massive wall as Trump has proposed.

“She’s the one, and Obama, that caused the violence,” Trump said.

The truth on that score is unclear. Democratic contractors were caught on video, appearing to plan to provoke Trump supporters. But there’s no indication Clinton’s campaign paid for it or even knew about it.

As in previous debates, Trump denied making some controversial comments that are immortalized on video.

“He said that he could not possibly have done those things to those women because they were not attractive enough for them to be assaulted,” Clinton said.

But in Greensboro, North Carolina, Trump told a crowd, “Believe me. She would not be my first choice. That I can tell you.”

“He also went after a disabled reporter, mocked and mimicked him on national television,” Clinton said.

“Wrong,” Trump denied. But he did that too, at a campaign rally at Myrtle Beach, South Carolina.

On the budget, Clinton claimed that her proposals on infrastructure and education would not add a penny to the debt because she has ways to pay for all of them. Independent analysts said that’s false -- her plan add $200 billion to the debt over the next decade. Trump’s plans, they said, would add $5.3 trillion.

Tips to save money with surging prices

Sign up now to get our daily Eye Opener email! Kick off your mornings with a look at the top headlines and all that matters -- your world in 90 seconds

What missing CDC scientist told his neighbor the day he disappeared