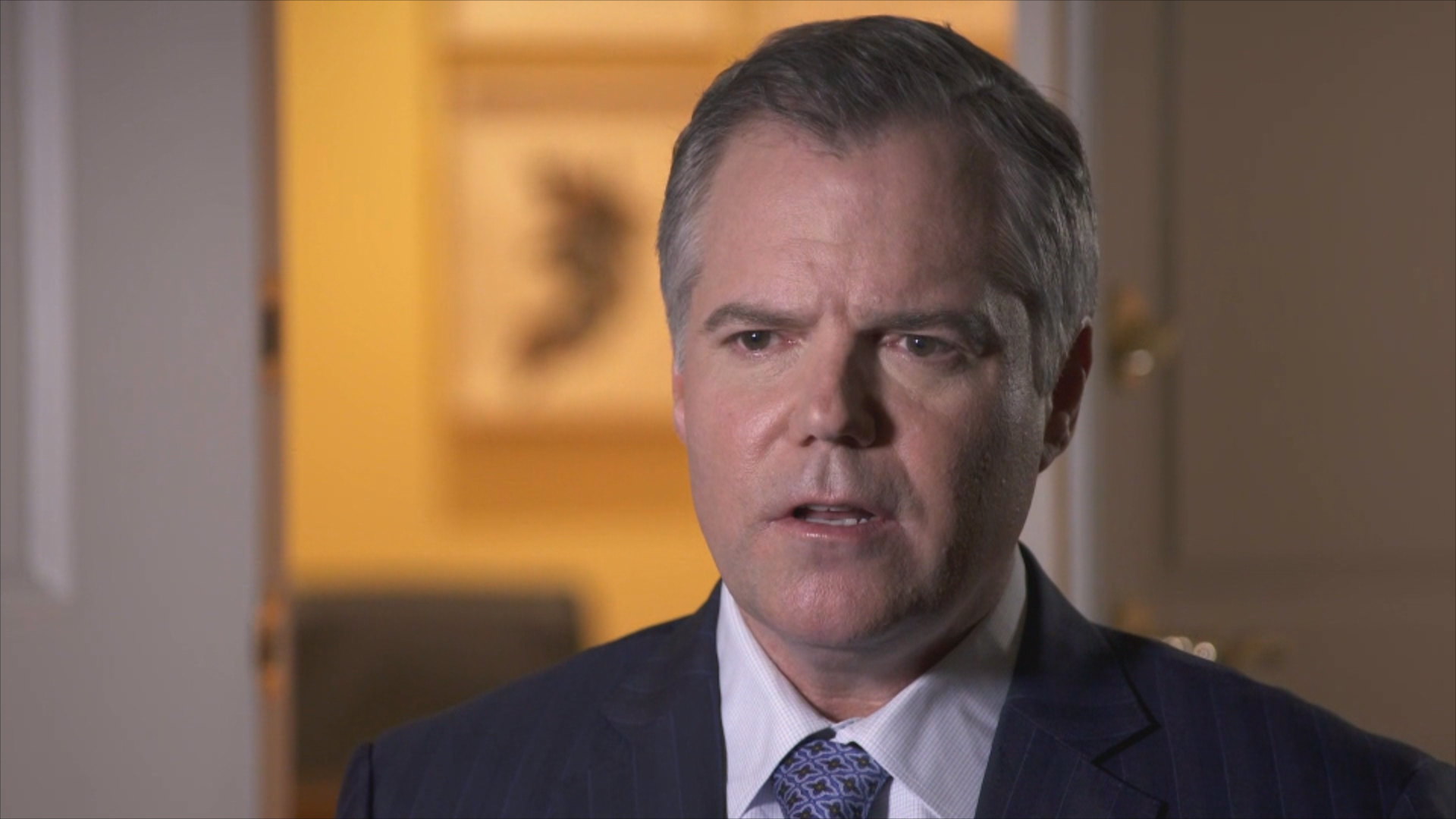 Las Vegas will host its first-ever general election presidential debate Wednesday night. The desert gambling mecca has transformed itself in recent years, moving away from its image as a mob-run Sin City. Now, some of the gaming industry’s leading voices are working to influence the presidential election, reports CBS News correspondent John Blackstone.

On the Las Vegas strip, everything is big and bold and there is really no such thing as a low profile, except when it came to presidential politics.  For most of the history of Las Vegas, casino operators kept their political preferences to themselves. But now, that has changed.

At the Bellagio hotel, the action in the casino is nonstop, but perhaps, the man taking the biggest gamble here is Jim Murren.

“Look, these are my views. I’m not representing the company,” Murren said.

Murren is chairman and CEO of MGM Resorts International, which owns more than a dozen hotels and casinos in Las Vegas. A lifelong Republican, he has now declared his support for Hillary Clinton.

“We’ve gotten some folks saying they’re either a Donald Trump supporter or they say you have no right to express your point of view,” Murren said.

In a city where almost anything goes, those in the casino business long avoided expressing their views on national politics.

“Part of that heritage frankly was not so great at one time,” Blackstone said.

In the 1950s when Congress investigated the role of organized crime in casinos, FBI Director J. Edgar Hoover went to war against gambling, calling “organized gambling” a “vicious evil.”

Bo Bernhard, executive director of the International Gaming Institute at the University of Nevada, Las Vegas said mobsters never would have made the strip what it is today.

“The day that Las Vegas got clean was the best business day in the history of this city,” Bernhard said.

“And did it open the possibility for the executives here to get involved in politics?” Blackstone asked.

“It certainly did, it suddenly made Las Vegas more palatable to the masses,” Bernhard said.

“I’ve made a tremendous amount of money in Atlantic City,” Trump said at a Republican primary debate last year.

Even more telling, Hillary Clinton criticizes Trump not for running casinos, but for running them into bankruptcy.

“You can just make out the word Trump, where it used to be written in flashy lights,” Clinton said at a rally in Atlantic City in July.

Trump has also been endorsed by casino magnates, including Las Vegas Sands’ CEO Sheldon Adelson and Tropicana’s chairman of the board, Carl Icahn.

“We need a president that could move Congress.  And I think Donald Trump could do it,” Icahn said.

For all its excess, the Las Vegas strip is much like the rest of America, now with vocal supporters on both sides.

While leaders of the gaming industry here are on opposite sides in the presidential election, Murren said they will keep working together in Las Vegas to make this a place people want to visit no matter what their politics.