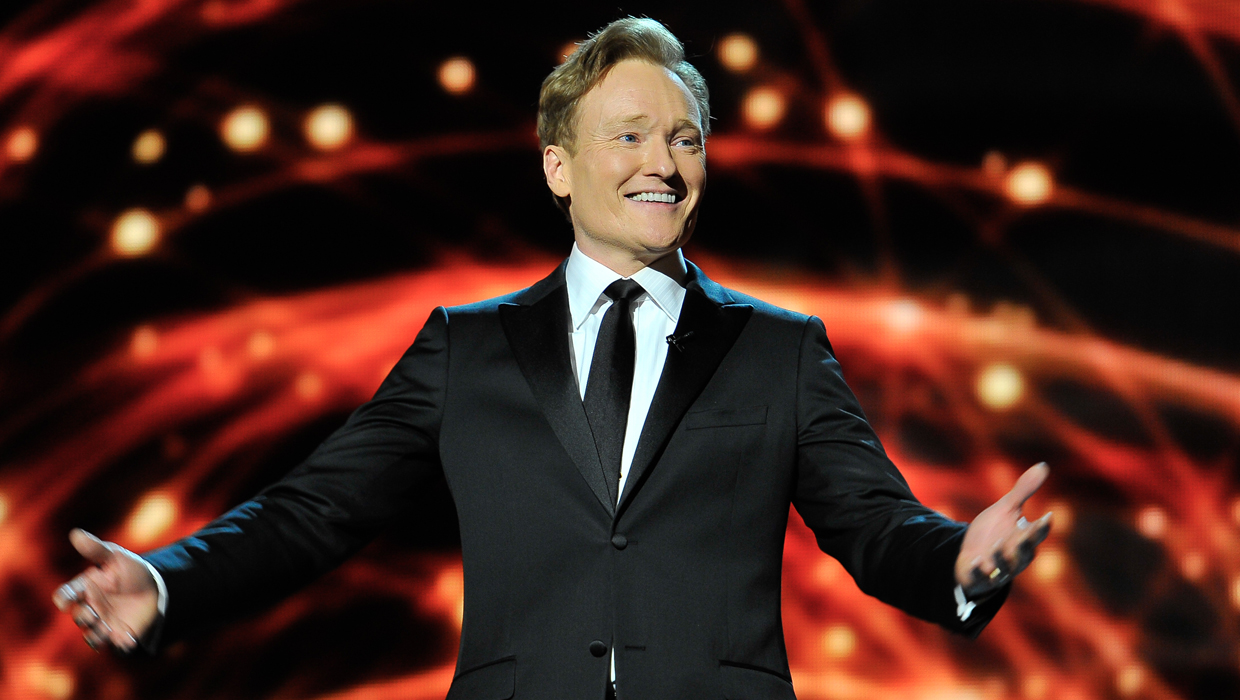 MTV is about to hand out more metal popcorn buckets.

The 2014 MTV Movie Awards will air Sunday at the Nokia Theatre in Los Angeles and could be viewed by up to half a billion households throughout the world.

Late-night's Conan O'Brien will serve as host, his first time emceeing the broadcast.

"American Hustle" and "The Wolf of Wall Street" are this year's most nominated films, each having scored eight nods. "The Hunger Games: Catching Fire" managed to nab seven nominations while "We're The Millers" landed six.

Eminem and Rihanna are expected to deliver a highly-anticipated performance of their hit, "The Monster." This will be their first live rendition of the song. The performance comes in advance of their three-date "Monster Tour" this summer.

Other performers at the awards show will include Twenty One Pilots along with Ellie Golding and Zedd.

Actor Paul Walker, who died in a November car crash at 40, will be celebrated with an in memoriam tribute, the network announced in a statement Thursday. His "Fast and Furious" co-star Jordana Brewster will present the segment.

"Paul Walker was a role model for the MTV audience since the very beginning of his too-short career," MTV president Stephen Friedman said. "Our audience grew up with him, from 'Varsity Blues' to the 'Furious' franchise. He was a movie star but one that they could relate to. ... Paul's humanity and kindness clearly showed through every role. We're honored to be able to spend a moment in this year's Movie Awards to celebrate him."

Recent Nickelodeon Kids' Choice Awards host Mark Wahlberg will land a lifetime achievement honor at this ceremony. The "Lone Survivor" star is the recipient of this year's MTV generation award, to be presented to him onstage by "Entourage" cast members Adrien Grenier, Kevin Connolly, Kevin Dillon and Jerry Ferrara. Wahlberg served as one of the executive producers on the hit HBO series, and the mini-reunion will serve as a prelude to the upcoming film adaptation.

Presenters this year will include Jared Leto, Megan Fox, Aaron Taylor-Johnson and Rita Ora, among others.

In addition to the awards and performances, sneak peeks of the upcoming "Spider-Man" and "X-Men" films will also be shown during the telecast.

Viewers can click here to vote for their choice of winners.