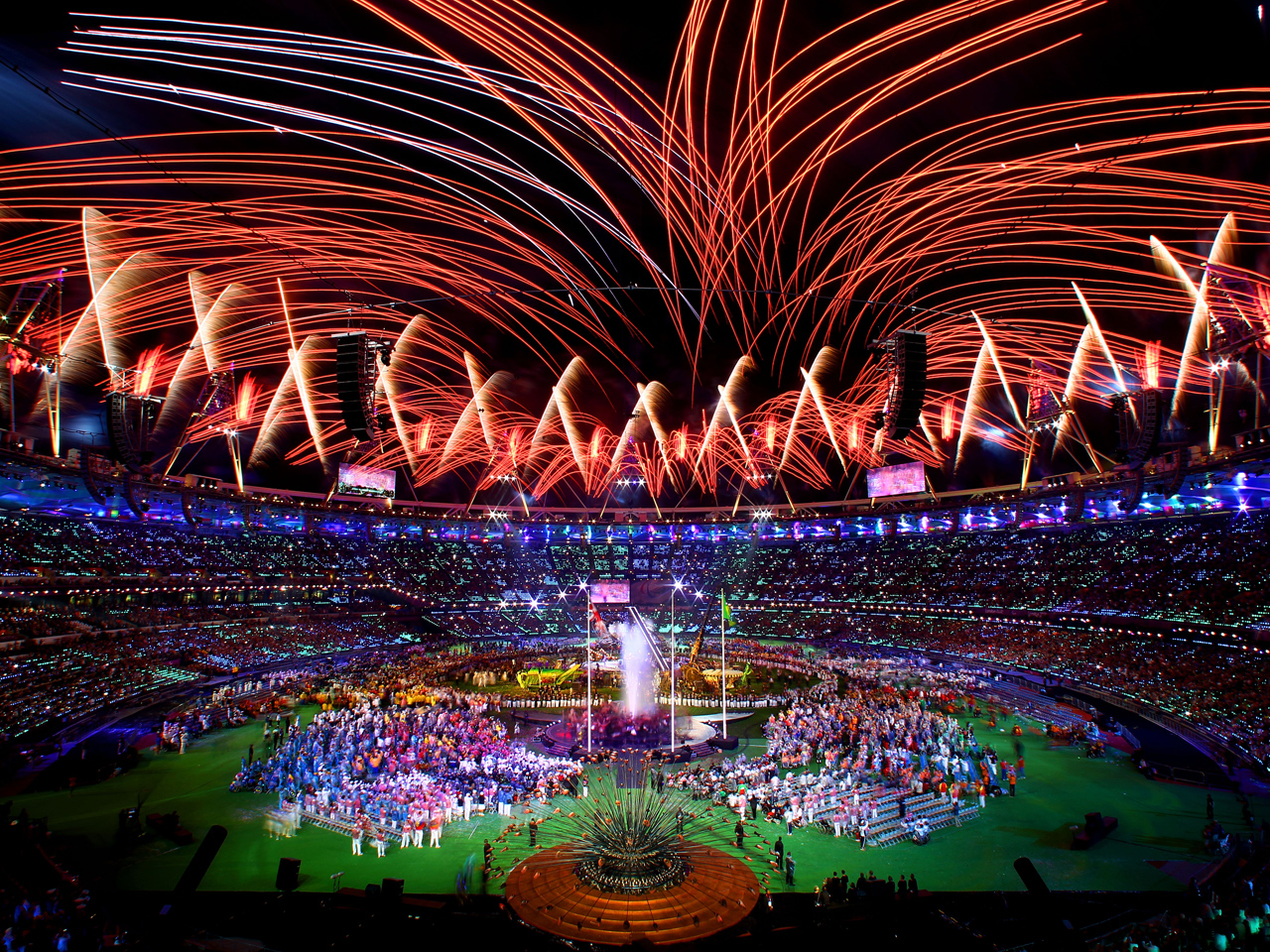 (AP) LONDON - Coldplay and Rihanna rocked the Olympic Stadium to give the biggest-ever Paralympic Games a rousing send-off Sunday night, wrapping up an unforgettable summer of sports in London.

Jay-Z joined the three-hour party at a packed 80,000-seat arena that has played host to memorable moments across both the Olympics and Paralympics.

Honoring the spirit of festivals throughout British history, the show gave the world a chance to celebrate 11 days of Paralympic competition that have shifted perceptions and shattered stereotypes.

Central to the ceremony - called the "Festival of the Flame" - were the 4,200 Paralympians from 164 nations who encircled the field of play from the start, waving flags and taking in the extraordinary atmosphere.

The 2012 Paralympics have broken all records, with 2.7 million spectators cramming into venues and more than $70 million raised in ticket sales - both unprecedented figures as the British public displayed a previously unseen enthusiasm in the 52-year history of the Paralympics.

The games were broadcast in more than 100 countries.

The wide exposure introduced the world to Paralympians such as Dutch wheelchair tennis player Esther Vergeer - who extended her nine-year unbeaten streak to 470 matches by winning the women's singles - and David Weir, a wheelchair racer who won four golds. It also cemented the reputation of iconic double-amputee sprinter Oscar Pistorius.

In total, 251 world records were broken over the 11 days.

"I think people are going to look back at this Paralympic Games and for the first time really, truly believe that Paralympic sport is not just inspirational, it's hard-core sport," said Pistorius, a South African who became the first athlete to compete in both games and won two golds in the Paralympics.

A moving tribute to wounded British servicemen and members of the British army opened the show. Luke Sinnott, a captain who lost both legs from above the knee in an explosion in Afghanistan in 2010, hung the Union Flag at the top of flagpole in the middle of the stadium and the extravaganza kicked off.

Proud flag-bearers from all competing nations marched in before a motorcade of 25 trucks, in a variety of shapes including peacocks and fish, stormed the stadium and kick-started Coldplay's set list.

Top-selling hits like "Clocks," ''Viva La Vida" and "Paradise" were belted out by Coldplay frontman Chris Martin, with artistic director Kim Gavin keen to reflect the four seasons at the heart of the show.

"Being asked to play at the Paralympic closing ceremony in our hometown is a huge honor," Coldplay said. "We can't actually imagine a bigger honor."

White confetti rained down as snow, black crows on stilts encircled the stage, flaming butterflies swirled in the air and a flying motorbike driven by highwire artist Laszlo Simet with disabled dancer Lyndsay Adams powered across the stadium.

"Being at the Paralympics is the biggest honor," said Rihanna, dressed in a flowing orange gown. "These athletes are gladiators and are a true inspiration to me."

She sang "We Found Love" while swinging high above the stage, a performance sure to give her insurer a heart attack.

Such was the global attraction of performing at the closing ceremony that organizers were able to turn down approaches to appear. Rihanna, Jay Z and Coldplay - acclaimed artists who have sold millions of records among them - were being paid a nominal one pound ($1.60) to play.

The ceremony was to finish with the cauldron - made up of 200 petals - being extinguished, ending the games in London and passing the baton to Rio de Janeiro for 2016.

"On Aug. 29, we opened with the theme of 'Enlightenment,'" said Sir Philip Craven, president of the International Paralympic Committee. "Tonight, we are enlightened and armed with a superior knowledge of what can be achieved. The legacy of these games will be long-lasting."

Mary Zakayo, a Kenyan javelin thrower and shot-putter credited with changing the face of Paralympic sport in Africa, and Michael McKillop, an Irishman who won two middle-distance golds in the Olympic Stadium, were chosen as the athletes who best exemplified the spirit of the games. They earned the Whang Youn Dai Achievement Award.