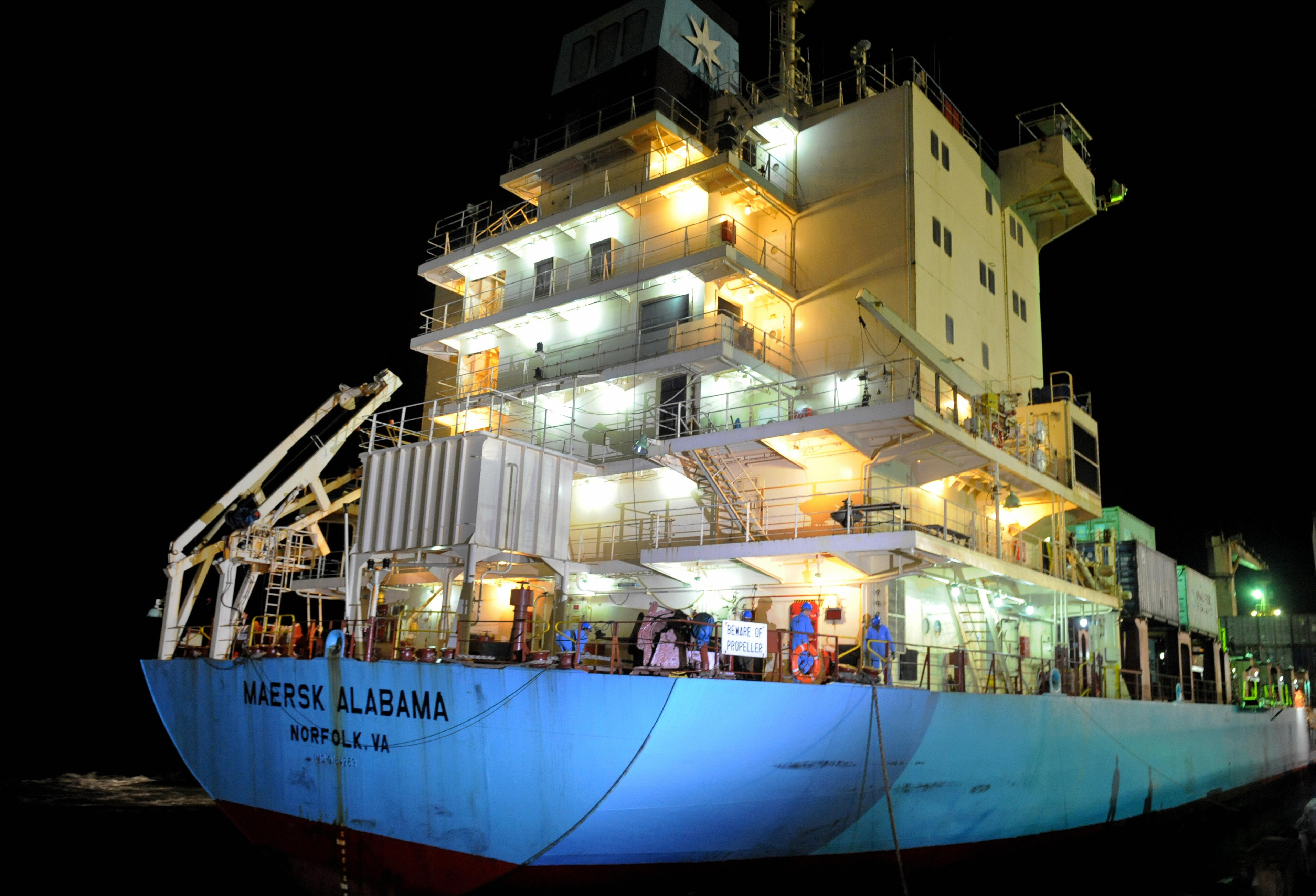 NAIROBI, Kenya - Two American security officers have been found dead on a ship made famous when it was hijacked by Somali pirates, according to a statement by Seychelles police on Wednesday.

The two Americans - Jeffrey Reynolds and Mark Kennedy, both 44 - were found dead Tuesday in a cabin on the Maersk Alabama, according to the police. The ship was hijacked by pirates in 2009, an event dramatized in the movie "Captain Phillips" starring Tom Hanks.

The two men's bodies were found on Tuesday in their cabin on the ship where it was berthed in Port Victoria in the Indian Ocean island nation of Seychelles.

The police gave no cause of death but said a post mortem has been scheduled.

The U.S. Coast Guard stated from its headquarters in Washington that it is also investigating the deaths.

The Coast Guard has jurisdiction because the Maersk Alabama is a U.S. flagged vessel.

The two men worked for U.S.-based Trident Security, according to the Seychelles police statement. Former military personnel frequently provide security on board ships sailing through the waters off Somalia to provide security against pirate attacks.

Trident Security was founded by former U.S. Navy SEALs in 2000 and employs former special warfare operators to provide security. Requests to Trident for information about the two men were not immediately answered on Wednesday.

At least 8 killed in mass shooting on Russian university campus