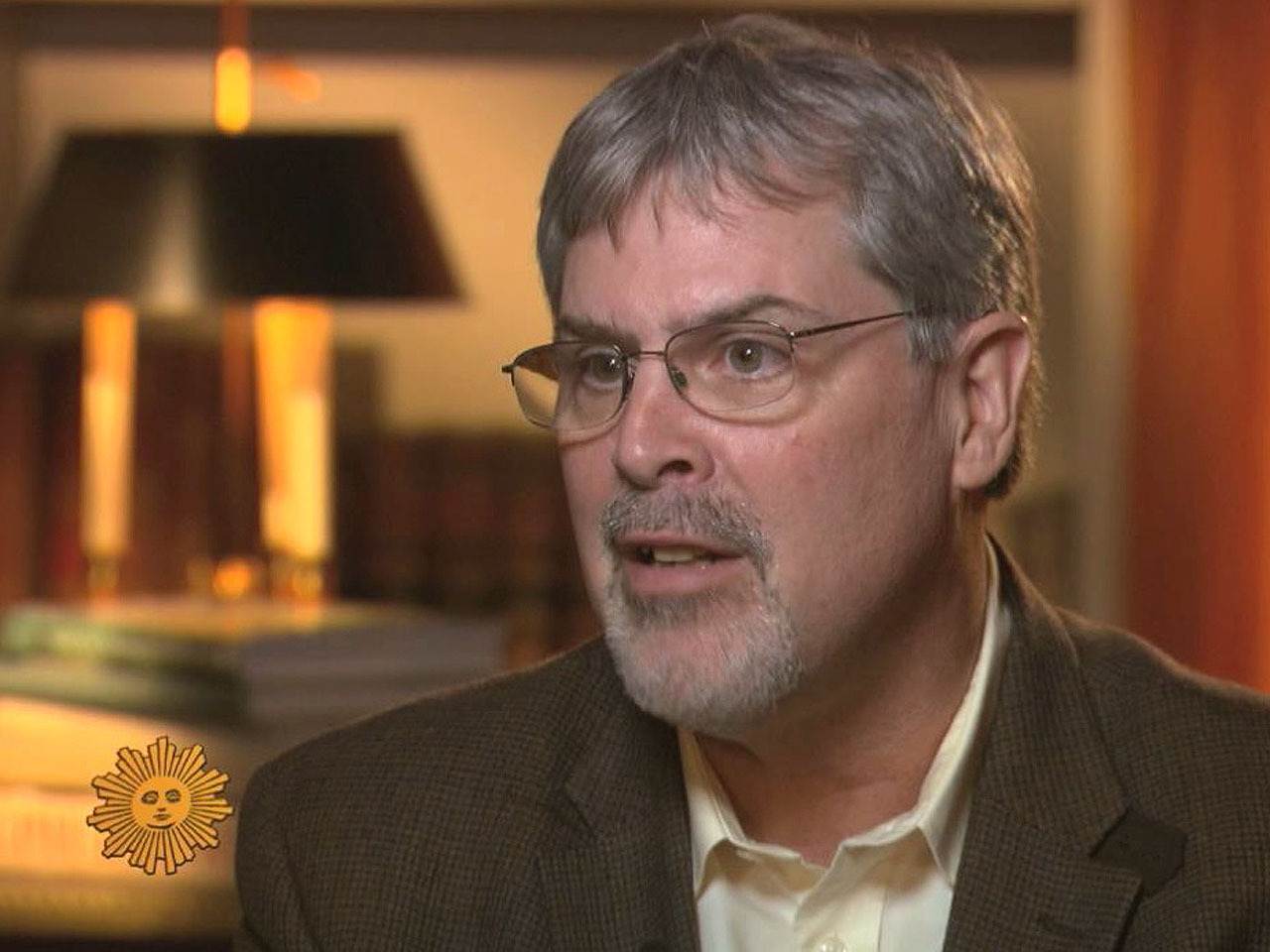 (CBS News) Tom Hanks is winning praise for his film portrayal of "Captain Phillips," the American seized by Somali pirates four years ago off the coast of Africa. David Martin has the story of his rescue, and of the movie it inspired:

April 2009: An American ship captain was held at gunpoint by four Somali pirates inside a lifeboat. The U.S. Navy was on the scene, but Richard Phillips did not see how they could possibly rescue him.

"I did not foresee a good ending," Phillips told Martin, "because I saw the determination that the pirates had, and they weren't going to give me up. I was hoping for a rescue, but I thought the chances were slim-to-none that that would be successful."

Director Paul Greengrass sees Phillips as the quintessential Everyman: "An ordinary man in an extraordinary situation, kidnapped on the high seas . . . Can the Navy get there in time? What's he going to do in a confined space with four men who are intent on taking him back [to Somalia], ransoming him to the highest bidder?

Hanks, as the captain of a giant container ship, is up against a pirate captain played by Barkhad Abdi, an unknown Somali-American with no real acting experience. It's the haves of the global economy versus the have-nots.

"At the heart of this film is Tom Hanks coming face-to-face with a captain from another side of the world, and that trial of strength is really what the film's all about," said Greengrass.

"When you describe it that way, it really makes you see how much you had riding on that pirate," said Martin.

"For sure, for sure!" the director laughed. "Luckily, he was good."

Abdi was born in Somalia but has lived in Minneapolis since he was 14. He and three buddies answered a casting call and ended up nearly stealing the show from a two-time Oscar winner.

"When we first came we all wanted to see Tom, but Paul didn't let us see him until the first scene," Abdi told Martin. "The first time I actually see Tom is the first time that I see him in the movie."

"They came through that door and they just had power and energy and intensity and commitment," said Greengrass.

Hanks recalled, "Boom! Next thing we know some very scary guys were pointing guns in our faces, screaming at us."

Greengrass said, "I could see in Tom's face he was in it for real."

"It was a pretty terrifying and exciting moment all at the same time," Hanks added. "I found them so convincing that my lower lip began to tremble a little bit and the hair was standing on the back of my neck. . . You cannot believe your eyes that someone is that skinny and that scary and that fast and has that much malevolence and seriousness in their eyes."

As Abdi -- playing the pirate named Muse - approached Hanks, he ad-libbed what were virtually the first words the two actors said to each other: "Look at me. I'm the captain now."

"I was just being the character and that came out. It's not something that I had in mind that I was going to say," said Abdi.

"I remember seeing Tom's expression," said Greengrass, "and I could see in it thinking, 'Oh, I've got a worthy antagonist here.' A real pirate, and a real actor."

In both the movie and in the real thing, Captain Phillips and his crew prevented the pirates from taking over the ship.

Instead, they took $30,000 from the ship's safe and headed for Somalia in a lifeboat. Hard to believe, but Phillips considered that something of a victory.

"Most of my problems were solved once I got into that lifeboat," Phillips told Martin.

Even though Navy warships were shadowing them, Phillips was at the mercy of trigger-happy pirates.

"In the movie you sort of feel a change from a hostage standoff to, 'One of us isn't getting out of here alive.' Did that happen aboard the lifeboat?" asked Martin.

"How close did you come to dying?"

"I was close enough during the whole time," Phillips replied. "At any point, you know, a slipped finger or maybe instead of pulling and firing on an empty chamber, maybe it was full. The young pirate with the wild Charlie Manson eyes, he loved having that rifle there, pulling the trigger and smiling at me."

"I was afraid during the whole time, yes," he said.

But then Phillips took the extreme measure of trying to escape. Other than compressing five days into two hours, the movie -- including its depiction of the captain's attempted escape -- stays remarkably faithful to the facts.

Once back in the lifeboat, Phillips was tied up very tightly. "I've still got numbness and scars today," he said. "The leader was very upset at his three men, and he was screaming at them, they were screaming at me, hitting, flailing me."

Phillips and the pirates didn't know it, but Navy SEALs had parachuted into the Indian Ocean and now had the lifeboat in their sights.

"When the shooting started, I heard a noise, and I got sprayed with debris in my face, and I just dove down into my seat," Phillips said.

The Maersk Alabama's captain had been rescued. What happened next is probably the most powerful scene in the movie. The studio won't let us show it, but it features another unlikely star, Navy Hospital Corpsman Danielle Albert.

"My first take was terrible!" she laughed.

She had auditioned for a bit part, ("I was not going to let somebody else be the doc on this ship!") and suddenly ended up opposite one of the biggest movie stars in America, which she found "very intimidating!" The scene was shot in the sick bay of a Navy destroyer.

"Tom Hanks came around the corner and I froze," HM Albert said. "I didn't know what to do. It was terrible and I broke out in hives, and it was bad!"

Martin asked, "What did it take to get you over your stage fright?"

"We did it again and I did it exactly, exactly what I would do in a real situation," she said.

"It ended up being an extraordinary thing," said Hanks, "because movies are fake things, but that was a real scene that we shot, you know, because it was not rehearsed, it wasn't planned, it wasn't written."

But the most realistic depiction of all belongs to Barkhad Abdi, as the pirate captain who set out to hijack an unarmed container ship and ended up taking on the U.S. Navy.

"Barkhad really did it," said Phillips. "In his eyes you really saw, and his acting, that, that he was very close to the real thing."

Remember that this winter when the Oscar for Best Supporting Actor is handed out.