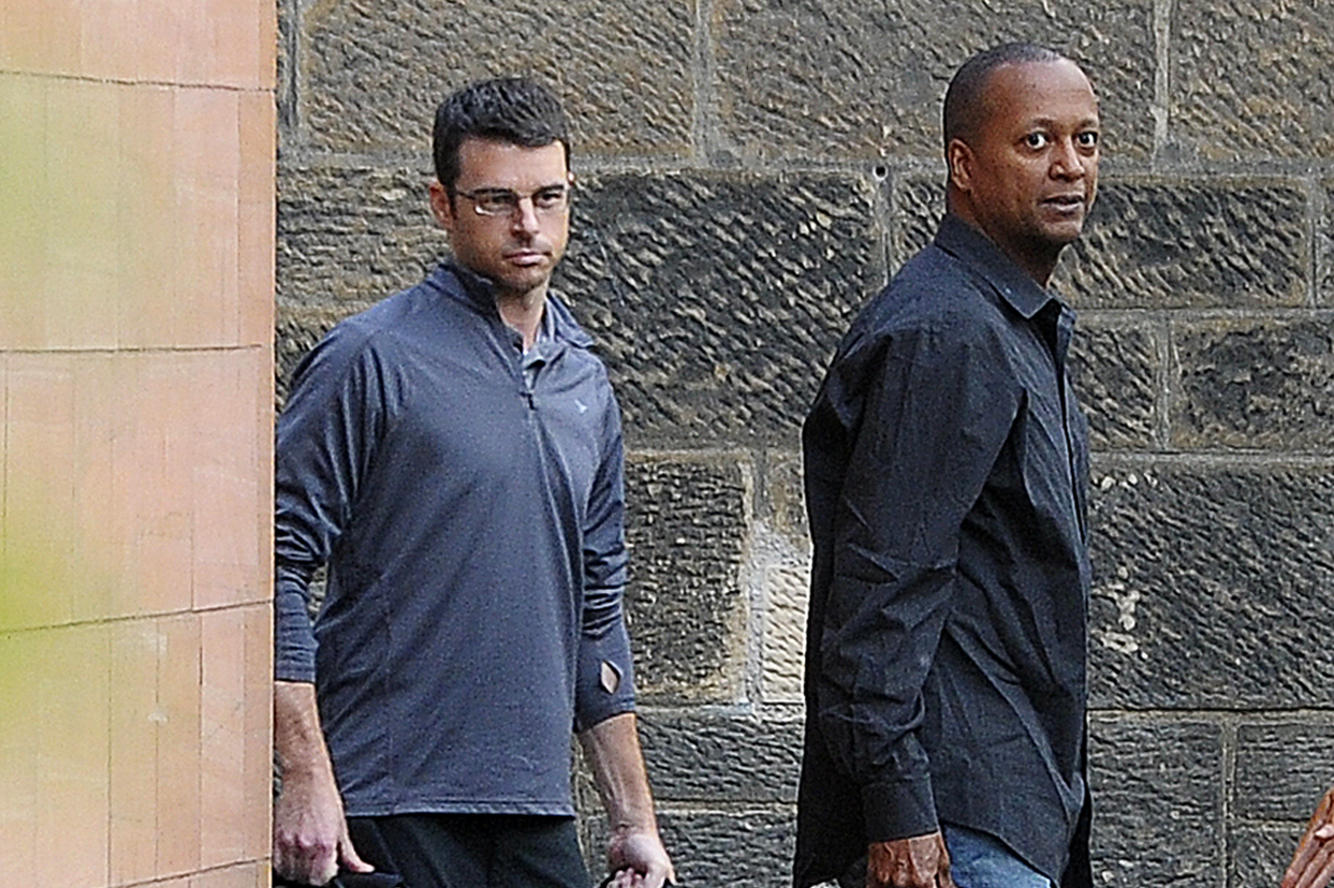 LONDON – Two United Airlines pilots have been arrested for suspected intoxication before they were to fly 141 passengers from Scotland to the United States, police and airline officials said.

United Airlines officials have confirmed Saturday’s arrest of the pilots, aged 45 and 35, at Glasgow Airport. The Police Service of Scotland says both men are expected to be arraigned Monday at a court in Paisley, a Glasgow suburb, to face charges connected to Britain’s transport safety laws.

United said Saturday’s Flight 162 from Glasgow to the U.S. city of Newark, New Jersey, was delayed for 10 hours while the airline sought replacement pilots. Spokeswoman Erin Benson declined to say if the pilots had boarded the aircraft or if it had left the gates, reports CBS News correspondent Kris Van Cleave. She also wouldn’t comment on how the pilots were discovered to have been drunk.

Saturday’s arrests come barely a month after two Canadian pilots of an Air Transat plane were arrested at Glasgow Airport and charged with trying to fly while intoxicated.

There have been other recent incidents as well:

--A co-pilot on a charter plane in northern Michigan was arrested Aug. 26 after the plane’s captain suspected that he was drunk.

Fitzgerald flew for Farmingdale, New York-based Talon Air, which said in a statement to WWTV that the co-pilot was “immediately terminated.” The plane didn’t leave Cherry Capital Airport in Traverse City.

The Traverse City Record-Eagle reports Fitzgerald, who lives in Boca Raton, Florida, was arraigned Friday on a misdemeanor charge.

-- On Aug. 24, an American Airlines co-pilot who was grounded at a Detroit-area airport because of excessive alcohol  pleaded no contest.

Defense attorney Frank J. Manley says John Maguire was placed on probation during an appearance in court in Romulus, Michigan. He was charged with operating under the influence of alcohol.

Maguire, from Chadds Ford, Pennsylvania, was removed from a Detroit-to-Philadelphia flight before takeoff on March 26. Authorities say his blood-alcohol level was twice the legal limit.

Manley says Maguire “accepts responsibility” for what happened and hopes to fly again.

The Wayne County prosecutor’s office says he will be on probation for 12 months. Maguire also has to complete alcohol assessment and treatment, and perform 48 hours of community service.

--In April, a JetBlue pilot was charged with flying under the influence of alcohol.

A federal complaint said that Dennis Murphy Jr. was selected for a random alcohol test last year after piloting a flight from Orlando, Florida, to New York on April 21, 2015.

Murphy, who had only been hired in January of that year, was behind the controls of Flight 583 with 119 passengers to Orlando. Later that day, he flew flight 584 with 151 passengers back to New York City.

Upon landing at JFK he was selected for random alcohol testing where he registered a blood-alcohol level of .111, which is above the legal limit for a person driving an automobile. When tested again 15 minutes later, he blew a .091.

He apparently told the person administering the test that the results must be due to the gum he was chewing, Van Cleave reports.

JetBlue said it has a “zero tolerance” drug and alcohol policy and that Murphy no longer works there.

--In January, federal authorities arrested a former Alaska Airlines captain on federal charges of piloting a plane while intoxicated.

According to the criminal complaint filed Tuesday, David Hans Arntson, 60, was the pilot of two Alaska Airlines flights on in June 2014, in which he was under the influence. The first flight was from San Diego International Airport to Portland, Oregon. He then flew a plane from Portland, Oregon, to John Wayne Airport in Orange County.

Arntson was selected for random drug and alcohol testing by Alaska Airlines at at John Wayne Airport after landing. He had a blood alcohol concentration of 0.134 percent and 0.142 percent, according to the DOJ. After Alaska Airlines received the test results it removed Arntson from all safety-sensitive duties.

Arntson’s co-pilot on the two flights remembered seeing the drug tester when the plane landed at John Wayne Airport, according to the complaint.

The co-pilot also recalled Arntson saying “I bet it’s for me.”