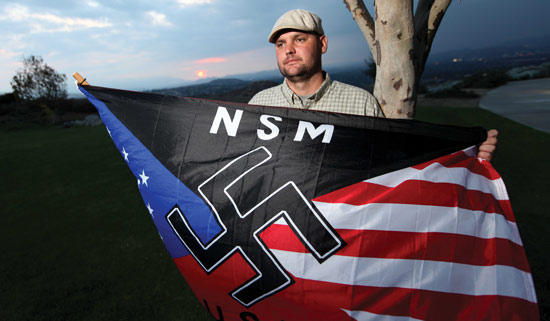 WASHINGTON, D.C. – Can a 10-year-old boy “knowingly and intelligently” decide to waive his Miranda rights?

That was the question the attorneys for Joseph Hall, the boy who shot and killed his neo-Nazi father, Jeffrey Hall, in 2011, asked the Supreme Court to weigh. But on Wednesday, the court declined to hear their case.

“We were very surprised,” says Nima Mohebbi, one of the now-15-year-old’s attorneys. “It’s very unfortunate.”

Joseph Hall was just 10 when he confessed to fatally shooting his father in their home, but according to his attorneys’ petition to the court, “his responses to questions during the interrogation demonstrated a profoundly childlike and constitutionally insufficient understand of the warnings given by police (for example, he understood the ‘right to remains silent’ as the ‘right to stay calm’).”

In the past several years, the Supreme Court has ruled in ways that appear to evince an evolving understanding of how a child’s brain function is unlike an adults. In 2005, the court struck down capital punishment for juveniles who committed crimes before they turned 18. And in 2010 the high court banned life without parole for young people whose crimes did not include homicide. Finally, in 2011, the court struck down mandatory life without parole for juveniles convicted of murder.

Writing for the majority in the 2010 case, Graham v. Florida, Justice Anthony Kennedy wrote that “because juveniles have lessened culpability they are less deserving of the most severe punishments.” His reasoning stemmed from “developments in psychology and brain science [that] continue to show fundamental differences between juvenile and adult minds. For example, parts of the brain involved in behavior control continue to mature through late adolescence.”

Joseph Hall shot his father Jeffrey, a rising leader in the neo-Nazi movement, at close range as the 32-year-old lay on the sofa in the family’s Riverside, California home. According to his attorneys’ brief, when Joseph confessed to police, only his stepmother was present, and she was later charged with child endangerment and testified against the boy at trial.

Mohebbi points out that 2016 is the 50th anniversary of the case that created the mandatory Miranda warning, but says that no court has ever examined whether children are capable of understanding the warning.

“The notion of applying a made-for-adults standard to children doesn’t make much sense,” says Mohebbi.

In 2013, a judge ordered Hall to spend at least seven years in a juvenile facility. Mohebbi says his client hasn’t decided what he plans to do now that the Supreme Court has declined to hear his case.