MINNEAPOLIS (WCCO) -- President Donald Trump launched his 2020 re-election campaign Tuesday at a raucous rally in Orlando. But the road to the White House goes through the Midwest, where he unexpectedly won traditionally blue states in 2016. And nearly three years later, it's a lot more bumpy.

In 2016, President Trump took the Midwest by storm, winning reliably Democratic Wisconsin and Michigan. Trump nearly pulled off the biggest Minnesota upset in more than 40 years, losing the state to Hillary Clinton by just 1.5%.

"We came this close!" the President exclaimed at a rally in Duluth last year, holding two fingers close together.

In fact, the President steamrolled through the Upper Midwest, winning North and South Dakota, Iowa, Wisconsin and Michigan. It was a brilliantly executed political strategy. But now, the President is underwater-- or barely afloat-- in every Midwestern state.

Here is a look at seven Midwestern states when he took office in January 2017-- when he was extremely popular with double digit approval ratings. Even in blue state Minnesota, more people approved than disapproved: 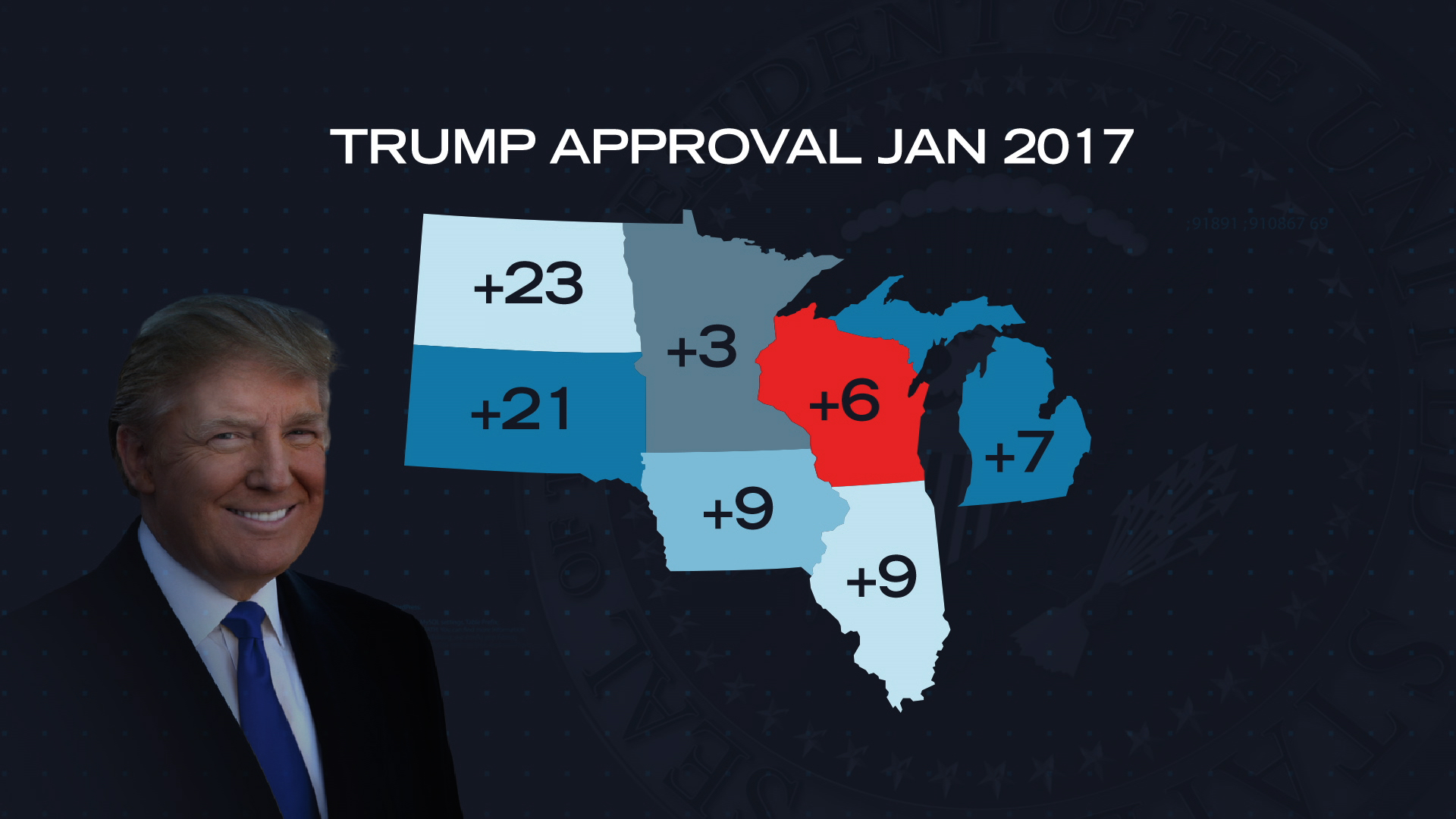 More than two years later, in May 2019, the President's approval ratings have plummeted. This includes toss-up states he won, like Iowa, Wisconsin and Michigan. 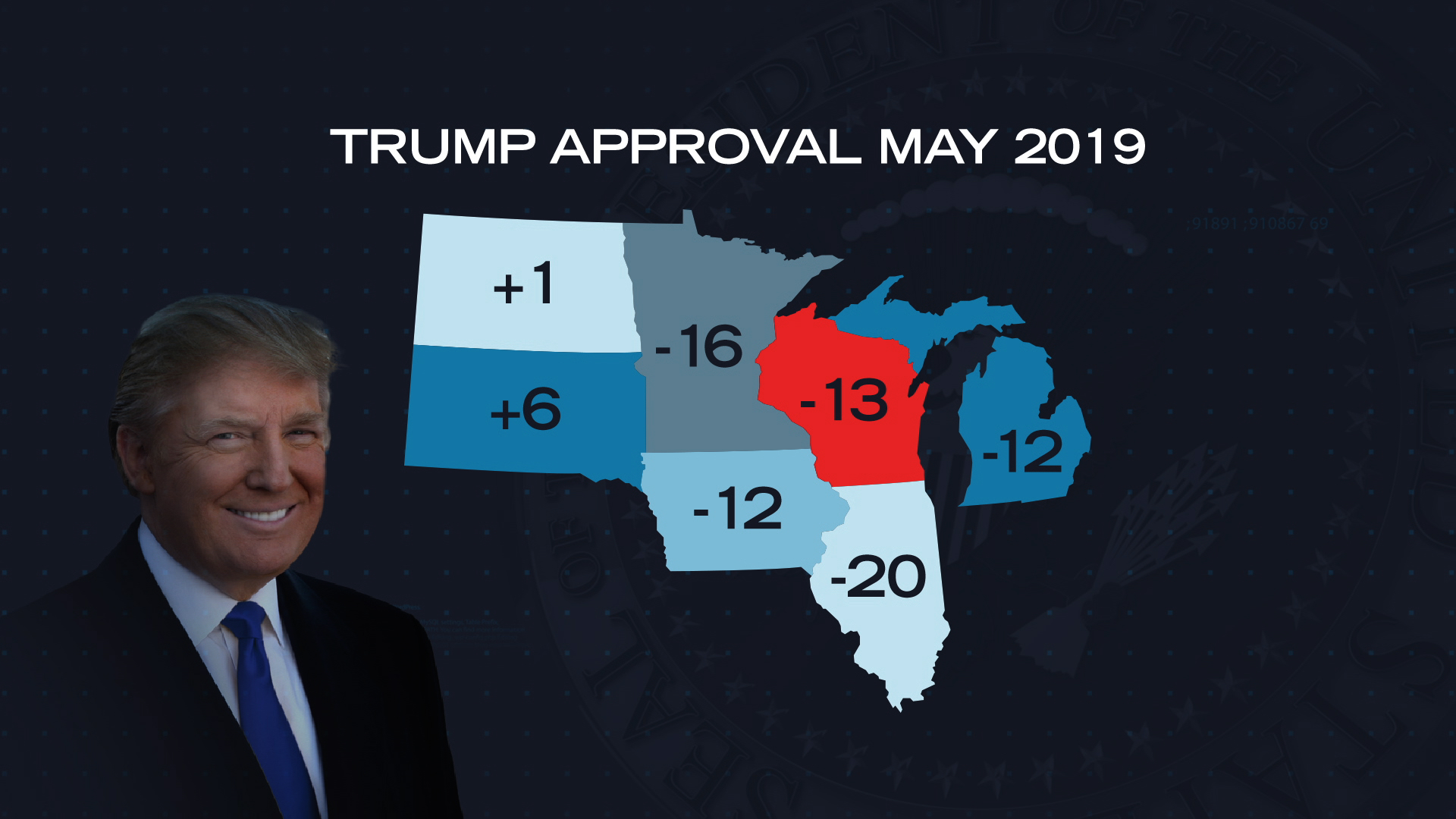 If the President is an underdog in 2020, it doesn't show. Despite the upside-down state numbers, most Americans in a CNN Poll (54%) think the President will win re-election.

The one place where the President's support remains strong is with Republicans. A recent Gallup poll found 90% of Republicans say they approve of the job President Trump is doing.