The NBA Draft is Thursday. For the players who have entered, it's a night where dreams they've had since being a little kid can become a reality.

For franchises, at least those picking in the top 10, it's a chance to find a prospect that you can build your team around. There are no guarantees with any pick. But between workouts, combines and interviews, most teams have an idea by now how the draft will play out and where players will be headed. It's pretty clear that the top two picks will be forwards Ben Simmons of LSU and Brandon Ingram of Duke. After that, who knows what will happen.

That is, unless trades are made. The Minnesota Timberwolves already have the No. 1 picks from the last two years in Karl-Anthony Towns and Andrew Wiggins. Both won the NBA Rookie of the Year award. The Timberwolves have the No. 5 pick this year. So what will they do with it? With new coach and president of basketball operations in Tom Thibodeau in place as well as a new general manager in Scott Layden, it's anyone's guess. But here are four options. 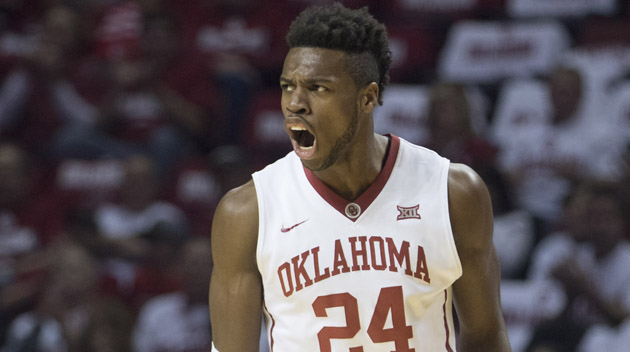 If he's still available at No. 5, the Timberwolves should be all-in on Buddy Hield. He could be the future shooting guard of the franchise. Hield is 22 years old, so he's a veteran by NBA rookie standards, and he put Oklahoma on his back in leading the Sooners to the Final Four. He averaged 25 points and nearly six rebounds per game last season. Every time Oklahoma needed a bucket in a big situation, Hield took the shot. He could be the perimeter threat the Timberwolves have been lacking for several years.

Big East players don't get a lot of attention in Minnesota, but it will be hard for the Timberwolves to look past Kris Dunn of Providence at No. 5. He was a point guard and a pure scorer for the Friars, which begs the question of what happens to Ricky Rubio if they take Dunn? Rubio is more of a distributor that runs the offense, while Dunn can shoot and looks more actively to score to initiate offense. He averaged 16.4 points per game last season and 5.3 rebounds. He could be the athletic guard the Timberwolves need on their roster to pair with Towns and Wiggins.

Jamal Murray isn't 20 years old yet and only spent one year at Kentucky, but he's gotten plenty of steam as the potential next star combo guard in the NBA. He would look good for the Timberwolves at No. 5. Murray scored 20 points per game at Kentucky as a freshman and also averaged 5.2 rebounds and 2.2 assists. He can play point guard and shooting guard, and would give the Timberwolves another perimeter shooting option. He could give Rubio a breather in games or could be a weapon on the perimeter with Rubio's ability to find open teammates. If Murray is there are No. 5, he might be too good a talent to pass on.

Don't rule out the possibility that the Timberwolves could trade the No. 5 selection. There's been enough smoke about it the past week, and where there is smoke there is usually fire. The rumored scenario had been the Timberwolves sending that pick, with Andrew Wiggins or another young player with star potential, to Thibodeau's former team, the Chicago Bulls. In return, the Timberwolves would get talented wing Jimmy Butler.

Have no fear, Timberwolves fans, Wiggins isn't going anywhere. The organization isn't that dumb, and we're talking about a franchise that passed on reigning two-time MVP Steph Curry not once, but twice. That, and Thibodeau had a fairly bitter divorce with the Bulls two years ago. The odds of Chicago sending Minnesota its best player, regardless of the package, are extremely slim.

If they did trade the pick, it would likely be for a rim-protecting defender who can also be a threat to score that the Timberwolves can pair with Towns. For now, trading the No. 5 pick looks highly unlikely.

For now, the favorites are Murray and Hield, and either would look great in a Timberwolves uniform. The Timberwolves badly need a three-point threat, and both are legitimate shooters. Don't overlook Dunn if he is still available, but if the Timberwolves do end up with him, it's fair to question Rubio's future in Minnesota.