MIAMI (CBSMiami) -- Friday was a big day for the future of the big game in South Florida.

Super Bowl bid committee members unveiled their official bid details for the 2019 and 2020 games to the public alongside Miami Dolphins representatives.

They also showed plans for a $450 million renovation to Sun Life Stadium.

"This stadium is going to make the difference in our bid this year.  We are a destination that knows how to host a Super Bowl with eyes closed," said Nicki Grossman with the Greater Fort Lauderdale Visitors and Conventions Bureau.

Aside from a newly renovated stadium - organizers are proposing a "Super Bowl Park" in downtown Miami along Biscayne Bay.  It will also include Tailgate Town -- a place where fans and visitors can have fun.

"There will be concerts. There will be activities for the fans, interactive games you can play," said Mike Zimmer with the Super Bowl committee.

South Florida was chosen as a finalist in 2015 to potentially host Super Bowl LIII (53) and Super Bowl LIV (54).

If South Florida is chosen to host the games, they would be held at the newly renovated Sun Life Stadium. The renovations would include a completely modernized exterior, shade canopy, four high-definition scoreboards, among other enhancements.

"Outside of the footprint of the stadium, it's completely brand new," said Jeremy Walls, the Chief Marketing Officer for the Miami Dolphins. 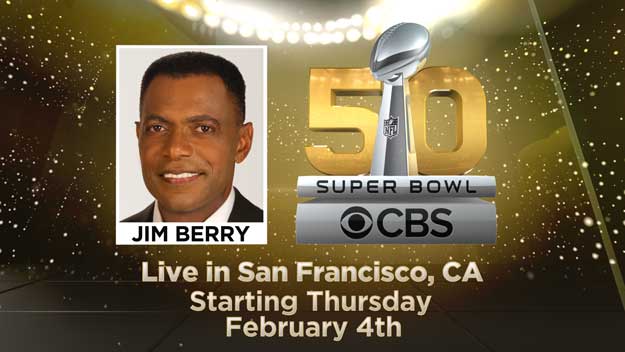 Members of the South Florida Super Bowl Bid committee are set to travel to San Francisco on February 3rd. They said they will meet with NFL organizers  to participate in final production meetings.

Once back in Florida, they plan to continue to work with local businesses, organization and government officials to put together a bid to present at the NFL owners meeting in May 2016.

This wouldn't be the first time South Florida has hosted a Super Bowl. They hosted their 10th Super Bowl in 2010.

"Bring it on. We're ready for Super Bowl our 11th time," said Grossman.

But it's bigger than the game itself.

While waving a dollar bill Grossman said, "This is what this game means to this community.  It is about approximately $400 million flowing into South Florida."