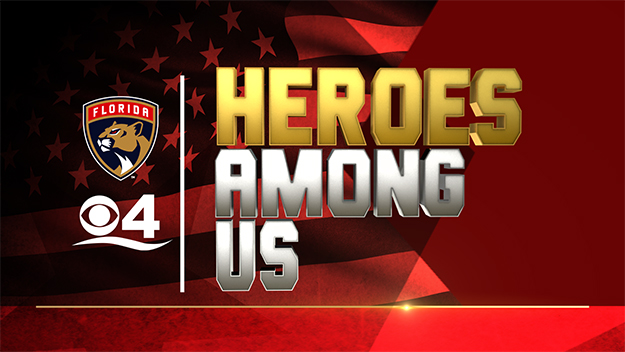 SUNRISE (CBSMiami) – They're nicknamed the Professionals, not because war was their chosen career but because they did their duty with style and grace, synonymous with true professionalism.

They are the Vietnam Veterans of 2nd Battalion 1st Marines and veteran Captain Burton Cohen was proud to be part of that infantry group when he enlisted back in 1968.

Combat tested in Vietnam, Captain Burton states the importance that his men were number one and that he was second during times of battle.

No better friend, no worse enemy than a United States Marine and till this day he holds that tight knit group dear to his heart.

Captain Cohen was recently named Community Hero at a Florida Panthers game an emotional and proud experience for him and for those around him.

Captain Burton Cohen on behalf of CBS4 and the Florida Panthers we would also like to say thank you for your service.