ORLANDO (CBSMiami) – A Florida neighborhood is beginning to look a lot like one of those terrifying scenes from the classic Alfred Hitchcock thriller 'The Birds.'

That's because hundreds of black vultures are invading the neighborhood, damaging the roofs they walk on and blocking sidewalks with their large, extended wings, according to CBS affiliate WKMG.

Residents think the vulture invasion is due to development encroaching on the birds' previous habitat.

"It sounds like there are rocks being dropped on our rooftop," a resident of the neighborhood told WKMG. He estimates 200 to 300 vultures live around the small subdivision.

Residents say the birds have been very destructive.  One resident said he has replaced his pool screen three times because the vultures sharp talons tear it to shreds. 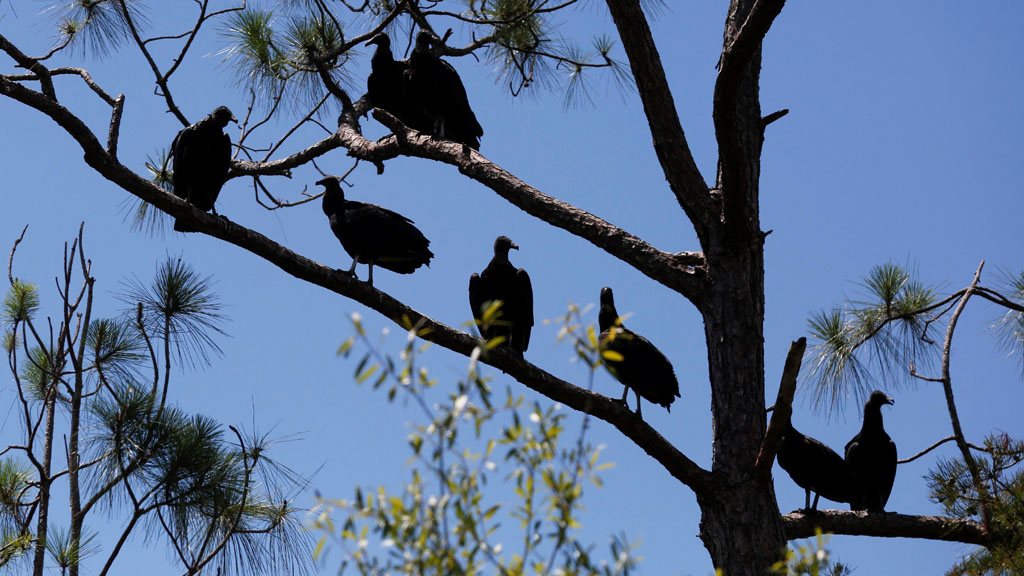 Vultures are state and federally protected as a migratory bird, so they can't be hurt or killed without a federal permit from the US Fish and Wildlife Service.

The Florida Fish and Wildlife Conservation Commission says if vultures are damaging property, they can be scared away with Pyrotechnics.

When neighborhood residents went to their homeowners' association management company requesting it hire a wildlife control service to take care of the birds, it said removing the birds was not its responsibility.

"We certainly sympathize with the homeowners most adversely impacted by this phenomenon as these folks are our fellow neighbors, and began investigating options to address the problem," officials with the Tudor Grove at Timber Springs Homeowners Association said in a statement to WKMG.

The HOA board members claim they contacted a biologist and after learning decoy deterrents might not be a guaranteed solution, decided against the effort.

The board president also told WKMG the HOA is "not responsible for the removal of any natural nuisances."

Residents disagree and still think the HOA should help maintain the value of the homes and solve the issue.