"Clearly there is a problem here, not just a mental health problem but an anger management issue where he feels compelled to attack people who are more vulnerable than him," said parent Emily Lanigan. 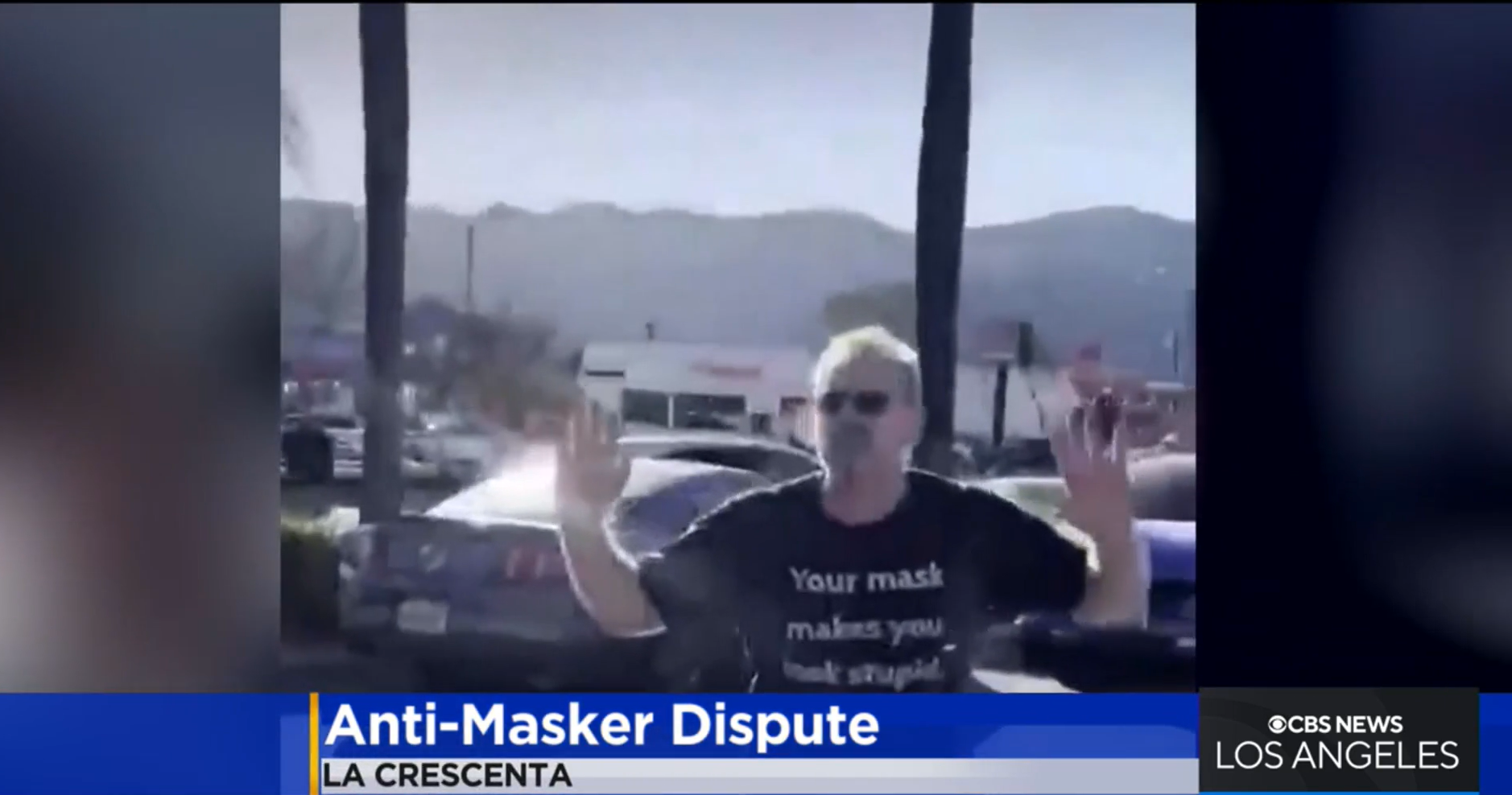 The man, who is pictured typically wearing a shirt that reads "Your mask makes you look stupid," has been allegedly harassing children in La Crescenta for wearing masks for at least the past month. Some parents said he's been following middle and elementary school students and harassing them for longer. He was caught on video spewing out an anti-mask tirade after harassing middle schoolers in a parking lot near Rosemont Middle School. He was heard shouting obscenities within the earshot of those students. He also claims that his children goes to local schools and called the mask mandate "child abuse."

"They were obviously getting scared," said a parent, who only identified himself as Ned.

Ned confronted the man after he harassed the middle schoolers in the parking lot.

"He was getting three to five inches away and coughing in their faces," he added.

When a deputy arrived at the scene, he told Ned that he couldn't determine that any crime had occurred and instead reprimanded the children.

"He decided to lecture the kids about freedom of speech instead of taking their names and writing an incident report," said Lanigan.

According to Los Angeles Sheriff's Department Lt. Robert Hahnlein, deputies have identified the man in the videos and are now working with Glendale police to investigate the ongoing incidents.

"I have sympathy for the parents," Hahnlein said. "If my kids were there when this happened, I would be upset too and I would want something done."