DETROIT (WWJ/AP) - The Detroit City Council on Thursday unanimously approved a plan to transfer daily operations to elected officials while retaining the state-appointed emergency manager to oversee bankruptcy matters until they are resolved.

Orr, who gradually has been returning responsibilities to elected officials, is still expected to testify during the bankruptcy trial, which is scheduled to last until mid-October.

The authority once stripped from elected officials by the Emergency Manager law has now been restored.

"That bond issue says; if there is not an emergency manager that is an event of default, so we were in a situation that if we remove Kevyn Orr - effective September 28 - we would have defaulted under a bond issue in the bankruptcy," said Duggan. "We sat down with the emergency manager, as well, in consultation with the governor- and we said 'this isn't right' and Kevyn Orr to his credit said, 'you're right.'"

Detroit became the largest municipality to file for bankruptcy in July 2013. The bankruptcy plan would wipe out $7 billion of Detroit's $12 billion in long-term debt while restructuring city services. 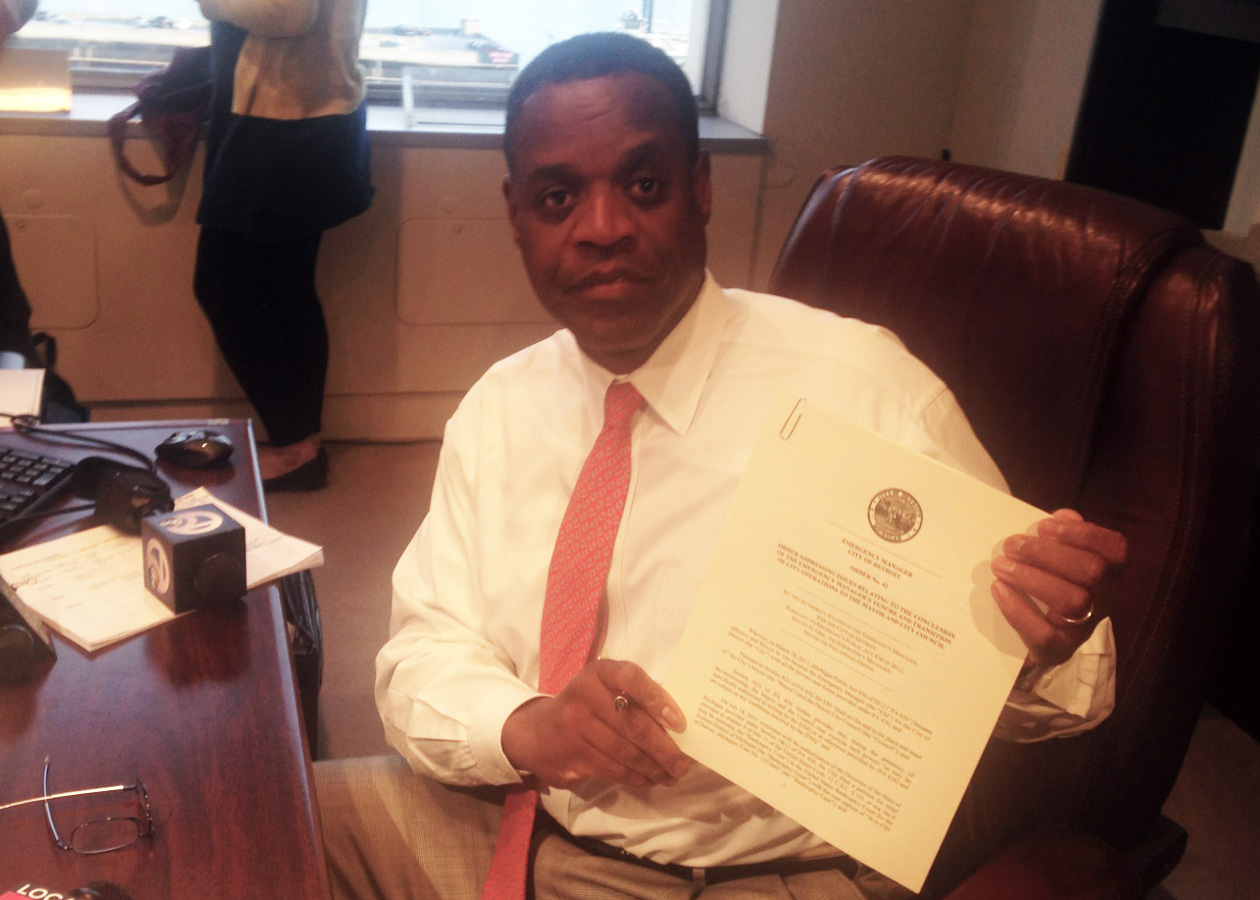 Orr has reached deals that will pay most of the city's creditors far less than what they are owed. An agreement with the state, businesses and foundations keeps cuts to retiree pensions down while preserving city-owned artwork from sale to satisfy some of the debt. The restructuring plan also sets aside $1.7 billion to improve police, fire and other city services.

The same state law that led to Orr's hiring and gave him power over all financial decisions also provides the city with an option to get rid of him. At least six of the nine councilmembers would have to approve his ouster and Mayor Mike Duggan would have to agree with them.

Duggan has said he would like to keep Orr on in some advisory role.

Detroit's population had dropped by more than a quarter-million since 2000. City services were poor and an under-manned and under-equipped police force struggled to keep the crime rate down.