(CBS4) -- The latest river flow and reservoir storage projections from the U.S. Bureau of Reclamation suggest Lake Powell's surface level could fall to the "power pool" mark and risk damaging the Glen Canyon Dam's power-generating turbines as early as July of next year.

"As a result of this update, the median water year 2022 inflow forecast into Lake Powell decreased by 800,000 acre-feet," USBR stated in a press release distributed Thursday.

Lake Powell is the key element of the Colorado River Storage Project. It contributes significantly to the water supply and electrical power grid in the southwestern U.S.

It depends on water sources in Colorado and neighboring states.

But Lake Powell's current water level is the lowest since it was first filled almost 60 years ago.

The power pool mark is 3,490 feet of elevation. Saturday, the reservoir measured 3,545 feet. That is 29 percent of its what is considered full capacity.

"We have had to make difficult choices this year, and we will all have to make more difficult decisions if it continues to remain dry next year to protect Lake Mead and Lake Powell," said Reclamation's Lower Colorado Basin Regional Director Jacklynn Gould.

To make matters worse, the National Oceanic and Atmospheric Administration released on Thursday its 2021 U.S. Winter Outlook. It forecast continued drought conditions in the southwestern U.S. due to the La Nina weather phenomenon.

Releases at Blue Mesa were scheduled to conclude at the end of this month.

The National Park Service stated that Blue Mesa Reservoir was 26 percent full on Thursday. It is only three feet above its record low level reached in 1984.

The 181,000 acre-feet provided by the three reservoirs was expected to raise Lake Powell's surface by three feet.

USBR is currently running models on the impacts of additional compensatory water releases from upstream storage sources. The Colorado Basin's storage level is currently at 88 percent of capacity. However, the USBR forecasts it will be at 36 percent at this time next year.

However, southwestern Colorado's snowpack is off to a good start this winter. Deeper snowpack in Colorado is an important first step toward higher river flows that are capable of refilling reservoirs. 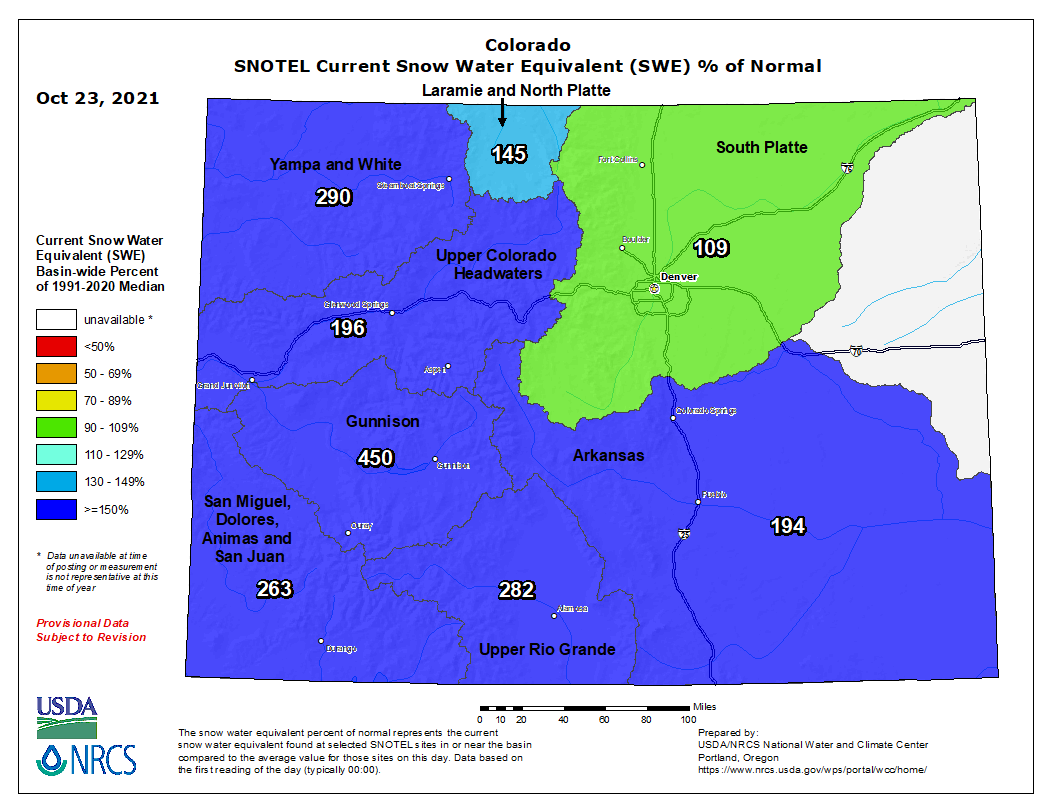