DENVER (CBS4) - December 2021 started off with a high of 73 degrees in Denver, which tied the record for the date. It should be even warmer today with a high around 75 degrees, which would break the record of 74 degrees set on Dec. 2, 1885.

In addition to breaking the daily record if we hit 75 degrees we could also tie the second warmest temperature ever observed in Denver during the month of December. If we happen to get to 76 degrees it would be the new second warmest. 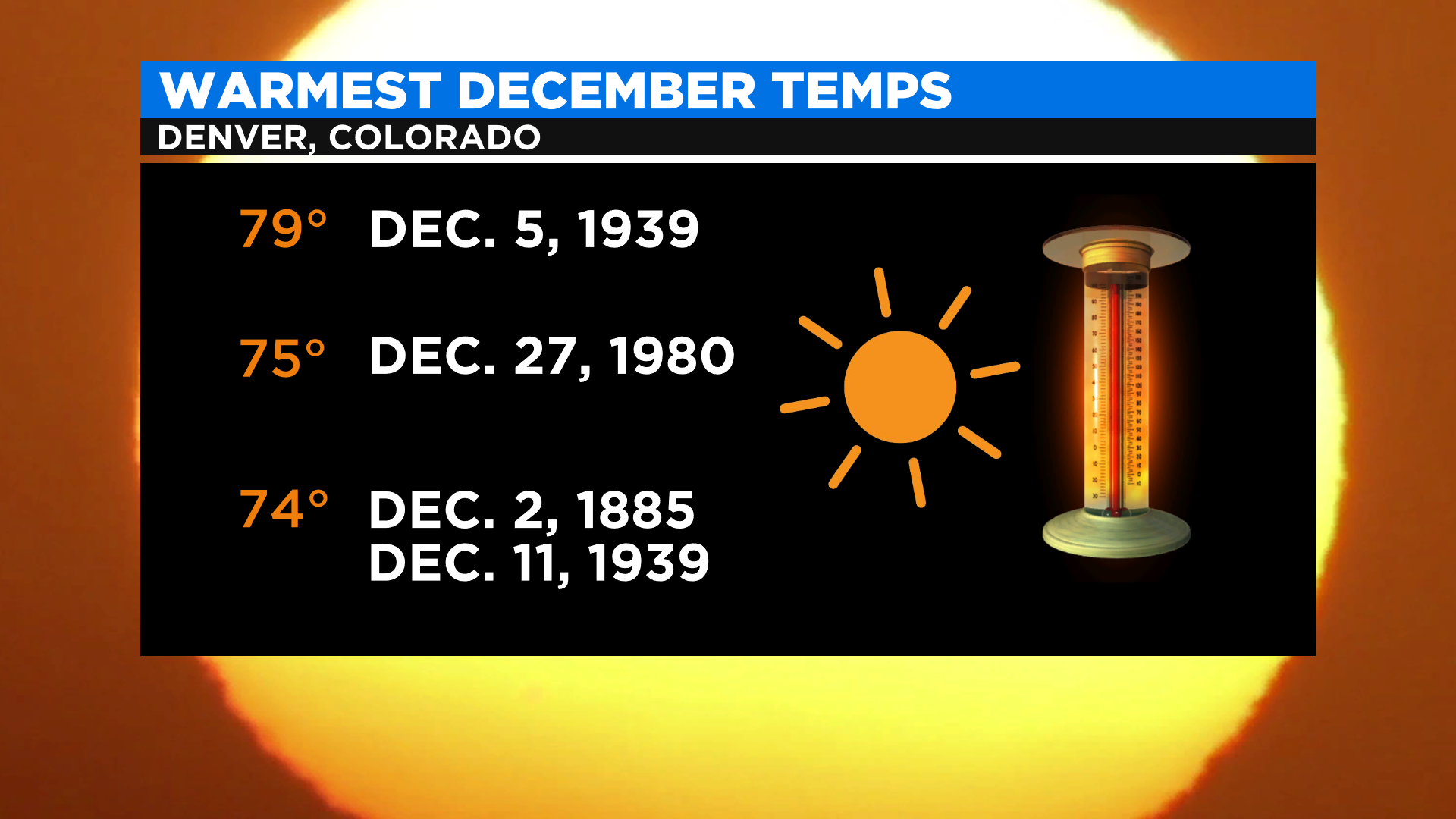 Some cooler air is expected on Friday as a cold front moves into eastern Colorado. Highs in Denver will fall into the lower 60s for both Friday and Saturday. Despite being cooler those temperatures are still about 15-20 degrees warmer than it should be for a daily high this time of year.

On Sunday another cold front will move into the state and that will drop temperatures in Denver down into the 50s. A third cold front will enter the picture by Tuesday and for the first time in several days we should see a high in the 40s along with a chance for some rain or snow showers. 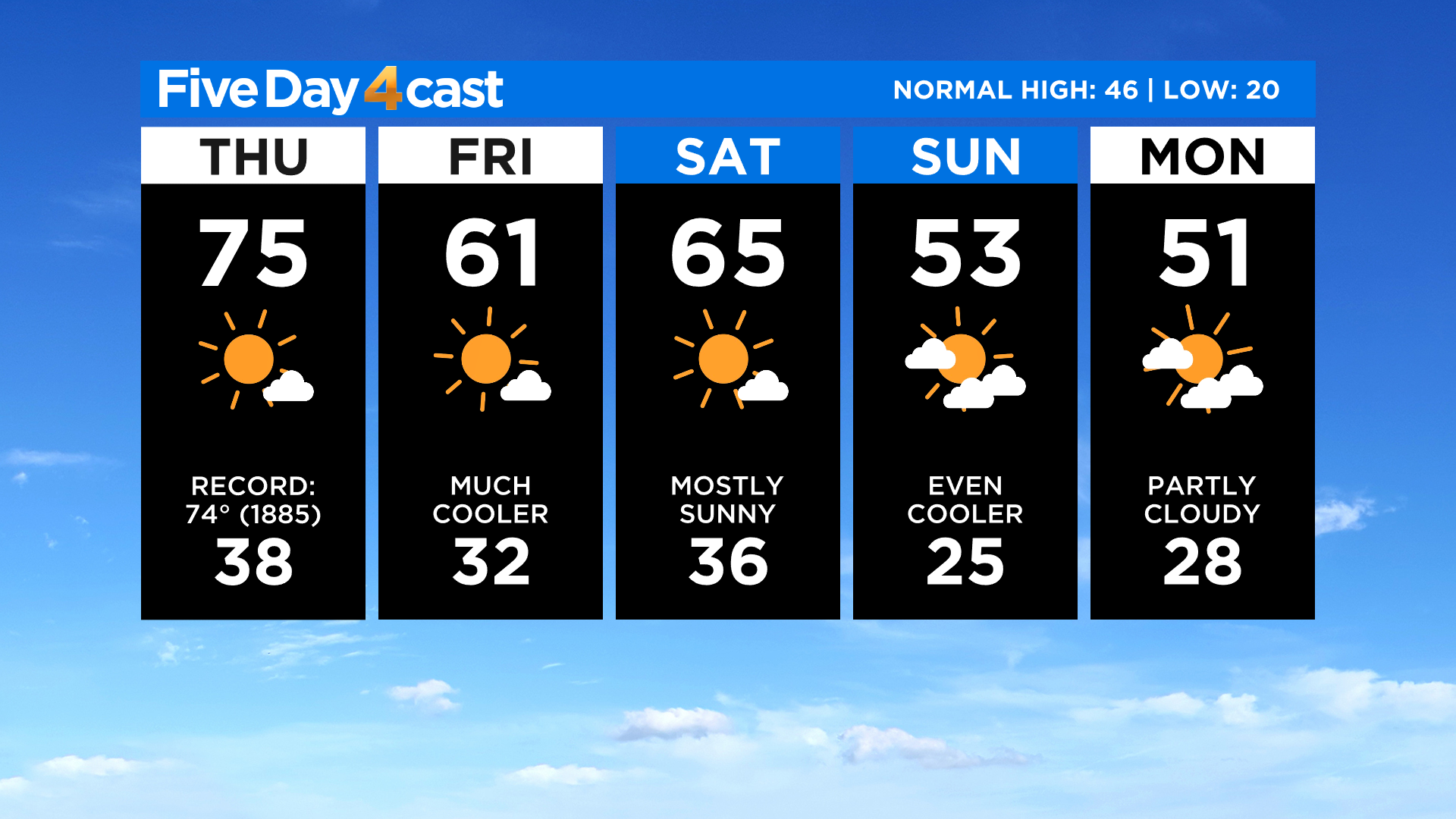