CHICAGO (CBS) -- The CBS 2 Investigators were the first to expose how the city towed and destroyed a woman's van with her wheelchair lift inside.

The city claimed it was abandoned because it hadn't moved in seven days, and now, the city is accused of failing to warn people properly in these kinds of cases.

As CBS 2 Investigator Dave Savini reported Wednesday, it is all headed to federal court in a class action lawsuit that could cost the city millions.

Andrea Santiago needed her specialized van, outfitted with a custom hydraulic wheelchair lift, to get to her doctor appointments or anywhere else. She has multiple sclerosis.

The van a lifeline for her until it was towed by the city to the auto pound, then sold and crushed. Even the expensive wheelchair lift was destroyed. 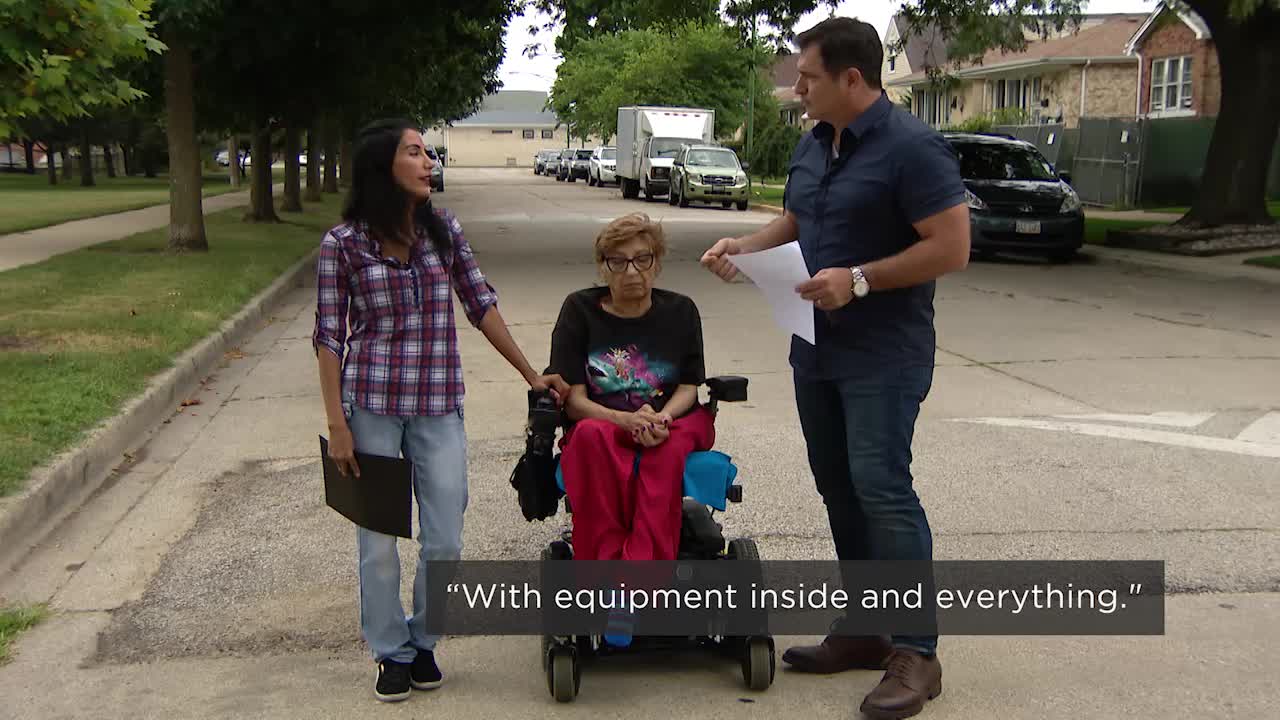 "It's unjustifiable. They can't justify what they did. My mom needed that vehicle," said Santiago's daughter, Lisandra Velez. "It's just very infuriating."

In 2018, Savini was first to expose what happened to Santiago.

There is now a major new development. A federal judge has allowed Santiago's lawsuit against the city to become a class action lawsuit.

The lawsuit accuses the city of failing to provide proper notification by mail to vehicle owners - warning their vehicles were about to be sold or scrapped.

Attorney Jacie Zolna represents Santiago and succeeded in getting the class action status.

"Towing without telling, that is literally taking peoples' cars without giving them any notification by mail," said Zolna. "That practice applies to what the city calls abandoned tows."

CBS 2 Investigators found the city's abandoned vehicle program is loosely regulated and run by the Department of Streets and Sanitation. There is no police involvement.

In Santiago's case, she said her vehicle was legally parked on her street and in working order, though she did not use it daily and sometimes she would be home for longer stretches. That is not a reason to tow it as abandoned, said Santiago and her attorney.

"The city in some depositions admitted they don't use any other criteria other than seven days. Seven days, it's gone," warned Zolna. "So if you are on vacation, you take public transportation, and you just happen to live in the city and you walk and don't use a car every day - they can take your car."

Zolna said he initially tried to settle, simply asking the city to pay for a replacement van costing about $25,000. The city refused. Now, the city and taxpayers could be on the hook for millions of dollars with the class action case.

"That most likely will be tens of thousands of vehicles," said Zolna instead of just the one. "We believe individual people that were harmed should get their value back of their car."

After the CBS 2 Investigators' initial reporting, a van with a wheelchair lift was donated to Santiago. It was a kind gesture after the devastating impact of losing what Santiago called, "My freedom."

The City of Chicago Law Department released the following statement:

"The City respectfully disagrees with the judge's ruling and will continue to defend the case vigorously. The case concerns unregistered vehicles with expired license plates that are abandoned on City streets. The City provides ample notice concerning the towing of these vehicles. Specifically, a notice sticker is placed on the vehicle before it is towed, and the City sends two notice letters in the mail after it is towed. The City believes that, in light of these three notices, an additional mailed notice is not required by law and adds expenses that would be footed by City taxpayers."