CHICAGO (CBS) -- From the yard signs to their rallying cries, for months some Willowbrook residents have taken aim at Sterigenics, a medical device sterilization company that emits ethylene oxide -- a known cancer-causing chemical -- into the air. 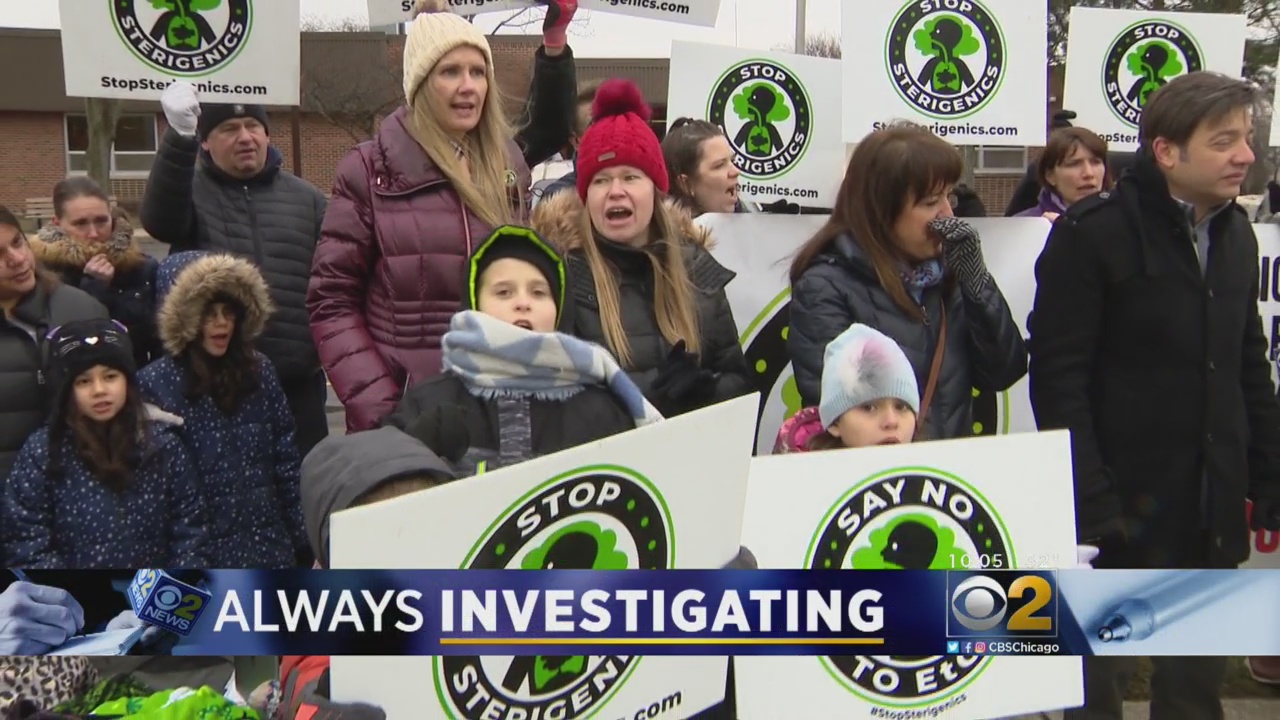 "This is ridiculous," said resident Neringa Zymancius. "This is what we call insanity."

"Get up and leave. You are not welcome here anymore," said resident Lauren Kaseberg.

Air quality test results just released by the EPA show ethylene oxide readings closest to the factory as high as 10 and 11 micrograms per cubic meter. That's well above the threshold for cancer risk, and, by some estimates, 350 times the limit.

These explosive results were released just days after a CBS 2 investigation.

"It would wash right into the drainage pit, which went out to the sewer system," said one employee.

"They would have us hose it down, scrub it out and the squeegee it right into the drainage pits," another employee said.

He said that just washed into the public sewer system.

The EPA responded Tuesday to the CBS 2 Investigators report.

"We are concerned about a lot of what we heard in the story," said Bill Wehrum of the EPA Office of Air and Radiation. "We think the report is important. We think its important to follow up on it to better understand the nature of the allegations made and we intend to do that."

Colleen was at the rally for her husband Matt.

"To think that, to wake up one day and this company could've literally been behind my death is utterly shocking," Matt Haller said.

"I was hoping they would be lower," she said. "I just want them to shut down for our community and for my son."

The EPA said its testing also found ethylene oxide being released from places other than the Sterigenics plant and more testing needs to be done. The EPA added that it would be premature to draw conclusions of long term health problems from the data.

In a statement Sterigenics acknowledged those higher readings.

A number of lawmakers including the states attorney and attorney general came out Tuesday to express concern over the EPA findings.