There's at least one man out there who will defend Mike Vick, Milan Lucas wants you to save money, introducing a quarterback more "Tebow" than Tebow and is Peyton Manning the luckiest guy in the NFL? That's what's happening this week in That Thing You Missed.

Peyton Finds A 'Pot' of Gold 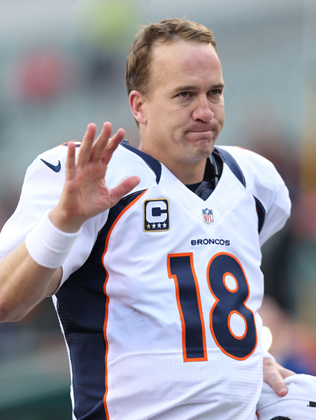 If Peyton Manning isn’t the epitome of a lucky son of a gun, I seriously don’t know who is.

For starters he was born in New Orleans to the Crescent City’s football god Archie Manning with oodles of talent and basically wrote his own ticket.  Wins a Super Bowl Championship with the Colts, 13 years later he leaves the game to have what would normally be a career ending – possibly life altering - series of neck surgeries and not only survives but comes back to QB the Denver Broncos into a winning season.

Now, that’s what I call a charmed life.

Only, it gets better.  Manning recently signed on as the newest franchisee for Papa John’s Pizza. – owning 21 stores in the Denver area.

It’s a smart investment now and will be long after I’m done playing football,” Manning said.

And he ain’t whistlin’ Dixie.  On Tuesday, the state of Colorado passed amendment 64, which legalized pot for recreational use.  Munchies anyone? 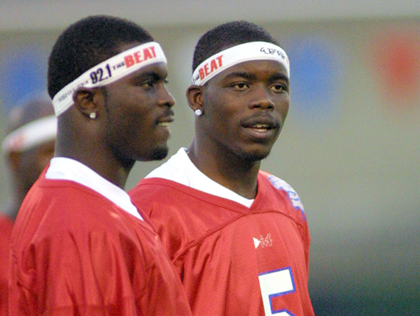 As if Mike Vick doesn’t already have enough problems these days... his legally embattled former NFL'er little brother Marcus ripped the Eagles (and the fans) on Twitter (@MVFive) after Monday’s nights debacle against the New Orleans Saints.

Please trade my brother. We requesting out of Philly!!!! Please please please……

This not even an NFL type of O-line. What happen to the hogs the Eagles had last year and year before? Call Winston Justice back n Jamal J

Vick tried to deflect the press by saying he doesn’t share his brother's sentiments and he fully backs up his teammates.   Ya know why? Because that’s the type of thing you learn how to do in prison.  Even though your cellmates are beating you down  - you would never rat them out.

And, here’s the truth: As much as I hate to admit it, Marcus Vick was absolutely right in his assessment.  He made many valid points. If you watched that game you couldn’t help but wonder if the Eagles, offensive line realized that Mike Vick is actually on their team?

Perhaps the O-line is all clandestine PETA members. I can image Todd Herremans and Evan Mathis lining up naked for a billboard photo shoot with their helmet over their private parts and in bold letters… I’d Rather Go Naked Than Defend Vick!

What is Boston Bruin Milan Lucic doing while waiting for the NHL lockout to end? Is he flying off to warm weather destinations to golf? Nah.  Is he heading overseas to play on a European league? No way.  Is he sitting around rubbing his pregnant fiance’s belly? C’mon even you know better than that.

Milan Lucis is trying to convince you to break up with your bank and join a credit union.  The gist of the above commercial is the wingers outrage over paying five bucks to use the ATM.

Because when you make $6 million a year, every penny counts ya know?

Side note: I showed the commercial to my agent.   She said Lucic and his unborn babe better hope the lockout ends soon.

Heisman Hopeful is Out Tebowing, Tebow 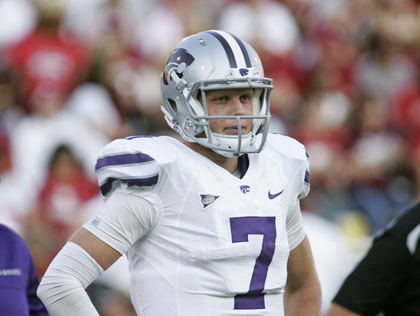 Guess what Klein did for the first time ever on his wedding night?

Yes, well I’m hoping he did that too – but that’s not what I’m talking about.  Collin kissed a girl for the first time – his bride – on their wedding day.  Klein – a Christian – promised himself at 14 he’d save kissing for marriage. The two lovebirds never even went on a date until they were engaged!

Ok, I have a few questions here. If you’ve never even been on a “date” how the hell do you get engaged?

‘Cause if there’s no age cap, my Dad was known as one of the best Running Backs at Great Neck South High school, and he’d really like to go back to college.

Also, Can someone please tell me where it is in the Bible that you’re not allowed to kiss until you get married?  I seriously need to figure out just how fast I’m going to hell.

And if kissing is not ok, how about posing in a national magazine with your shirt off?

Finally, when this genius finally finishes college do you think Rex Ryan will draft him to sit on the bench?

Let’s set the scene:  High school football team hits the field for the biggest game of the season against cross-town rivals. Guys pumped up with testosterone oozing from every orifice, just waiting for the opportunity to pummel someone.  Anyone.

No, I’m not talking about the players.  I’m talking about the Dad’s on the sideline dissecting their childhood “what if’s “ through their sons every weekend. And on this night – they were given the opportunity to relive their glory days and hit the gridiron.  Thanks to alcohol and this man.

By the way, what were the guys in black and white doing? They must have been replacement refs?

For more fun check out That Thing You Missed:  LT Tackles Tebow with Relationship Advice