BARRE (CBS) --  A handful of Massachusetts schools are sending students home early on Wednesday as temperatures in the region are expected to once again rise above 90 degrees.

Quabbin Regional School District was the latest to announce an early dismissal.

"Due to the forecast for extreme heat, all district schools will be dismissing students early on Wednesday," the district's website stated.

Middle and high school students will be let out at 10:35 a.m., and elementary schools will be dismissed at 11:40 a.m.

WBZ-TV meteorologist Danielle Niles said temperatures may be a few degrees lower than the mid-90s reached Tuesday, but the humidity could be even worse. 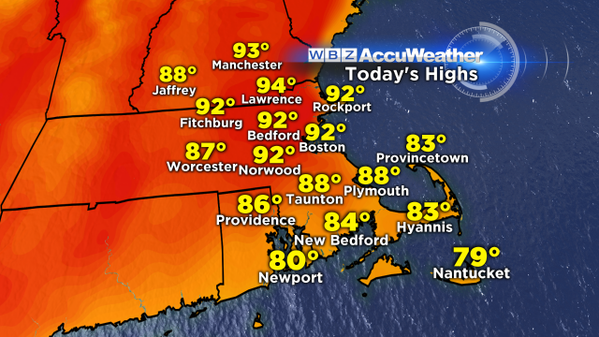 Framingham and Lawrence schools have also announced that students will be released early.

After school day care will be provided only at the King and Wilson Elementary Schools.

High school athletic and evening programming will continue as scheduled.

In Lawrence, there will be no Pre-K or kindergarten. All other students will be released at 11:30 a.m. or 12:30 p.m. CLICK HERE for Lawrence dismissal times.