BOSTON (CBS) - After this morning's dusting, we are closely watching a bundle of energy in the jet stream which will ignite a storm well off the Mid-Atlantic coastline tonight.

It will intensify rapidly in the next 24 hours, becoming a monster offshore on its path to Nova Scotia. 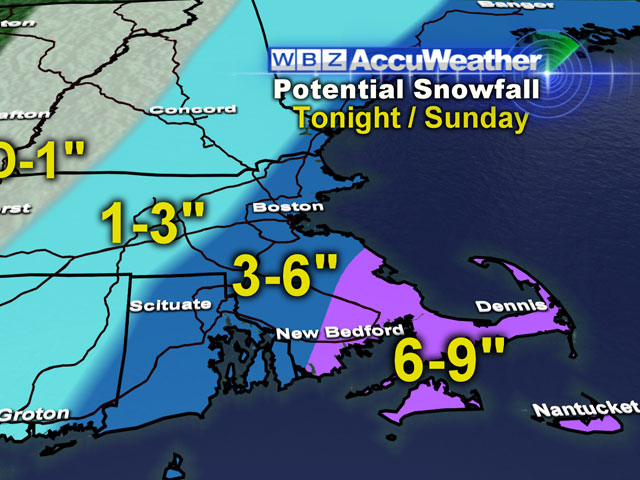 Presently, it appears that the main support for this system will streak northeastward and just miss much of the region. However, eastern New England will be located on the western fringe of the circulation of heavier snow. The period of this heavier snow will last longer over southeastern MA and especially Cape Cod.

The National Weather Service has issued a winter storm warning for southeastern MA up into the Boston area to eastern Essex County and also over RI through at least midday tomorrow. A high wind warning exists for much of tomorrow over Cape Cod.

This Evening: Snow that has been falling over southeastern MA during the afternoon, excluding most of Cape Cod, will expand into the Boston area as the evening progresses. On Cape Cod, any rain will switch to snow later this evening. Only flurries to light snow is expected farther and farther north and west of Boston later in the evening. As temperatures begin to fall, untreated roads will become slippery but nothing more than a coating up to an inch or so will fall through midnight. 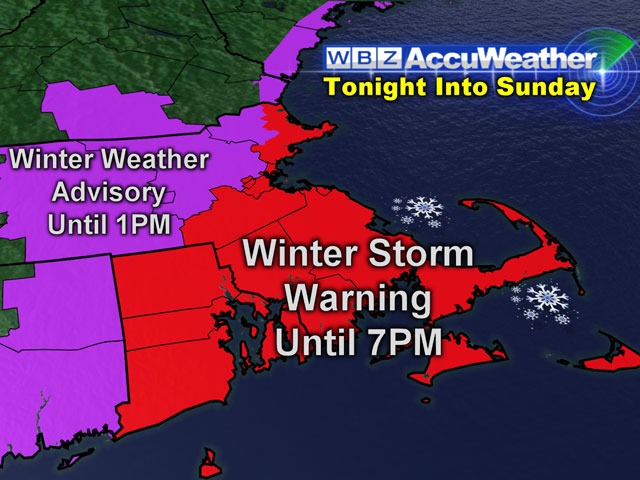 After Midnight To 7AM: Snow will expand northwestward into north central MA and southern NH but amount to nothing more than an inch or so there, ranging up to just under two inches from the Boston area southwestward into northern RI, with about a half inch to an inch on much of Cape Cod. The northerly wind will be increasing to 15-35 mph by dawn with the highest wind on the South Coast and Cape Cod.

7AM To Noon: This is when the heaviest snowfall will occur, with projected total amounts by noon ranging from 1-3" in an area from southern and western ME to eastern NH to central MA to central CT.

In the I-95 corridor from Boston to near Providence, I expect 3-4" by noon. Over southeastern MA, 4-6" are probable in much of Plymouth County and Bristol County. From the Cape Cod Canal eastward, 6" or a bit more more is the projected amount. The outermost Cape from Wellfleet/Truro to Chatham and east of Hyannis may receive the highest totals of 7-9".

The northerly wind will become more north-northwesterly and ramp up to 15-45 mph with the highest gusts of 55 mph over southeastern MA. The snowfall will become fluffier with time and lots of blowing and drifting is likely. 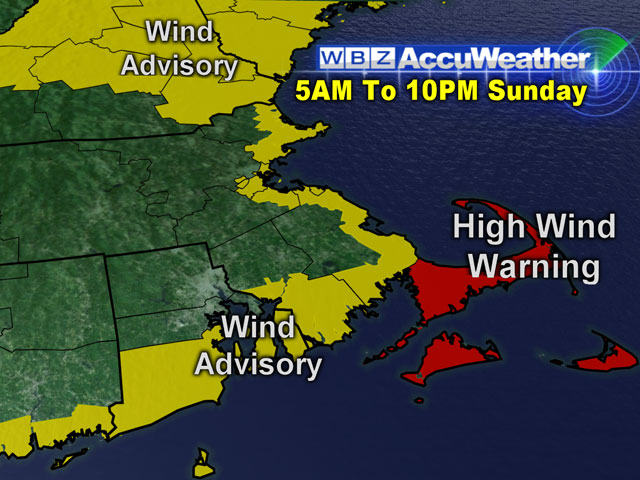 Noon To 7PM: The shield of snow will swirl southeastward out of the region with little additional accumulation expected except over Plymouth County onto Cape Cod. The final totals ranging from about 6" from near Marshfield down to New Bedford, up to 7-9" over a large chunk of Cape Cod, with perhaps a bit over 9" possible around Orleans to Chatham to Yarmouth. The snow will end as flurries from northwest to southeast across the area, with Cape Cod seeing the snowfall tempo dwindle by 3 p.m. The wind will continue strong and gusty at 15-45 mph with some peak gusts of 55 mph possible over Cape Cod. Scattered power outages cannot be ruled out.

Beware that any slight shift in the origin of this storm or its projected path could result in a significantly revised forecast for parts of the region. We will be monitoring developments through the evening.