Many of the details on the death certificate had already been made public.

The document states that Tsarnaev describes the cause of death as "gunshot wounds of torso and extremities and blunt trauma to head and torso."

It states that Tsarnaev was shot by police before being run over by a motor vehicle. He apparently died on the way to the hospital. Tsarnaev was listed as dead on arrival at Beth Israel Deaconess Medical Center.

The death certificate lists the cemetery where he is buried as Al-Barzakh Muslim Cemetery in Doswell, Virginia. According to the document, Tsarnaev's uncle, Ruslan Tsarni claimed the body. 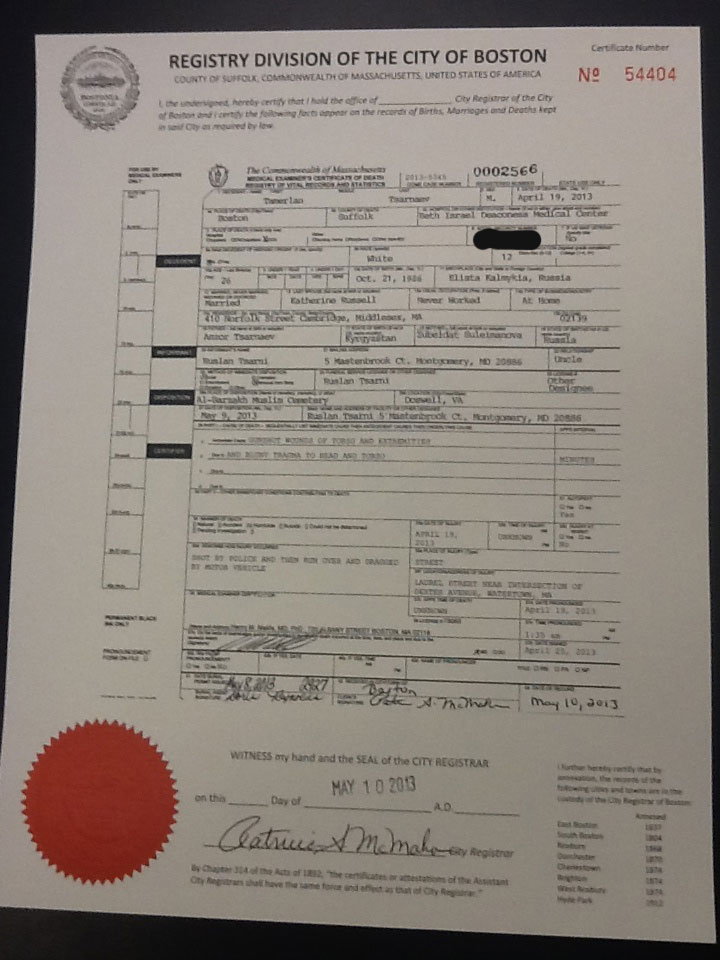