BOSTON (CBS) -- While most people wonder about the upcoming weather for every winter season, almost as many are curious how the summers will shape up too. The Memorial Day Weekend is considered the unofficial kickoff of the summer season even though summer does not begin until the solstice at 12:24am on June 21. What can you expect this summer? 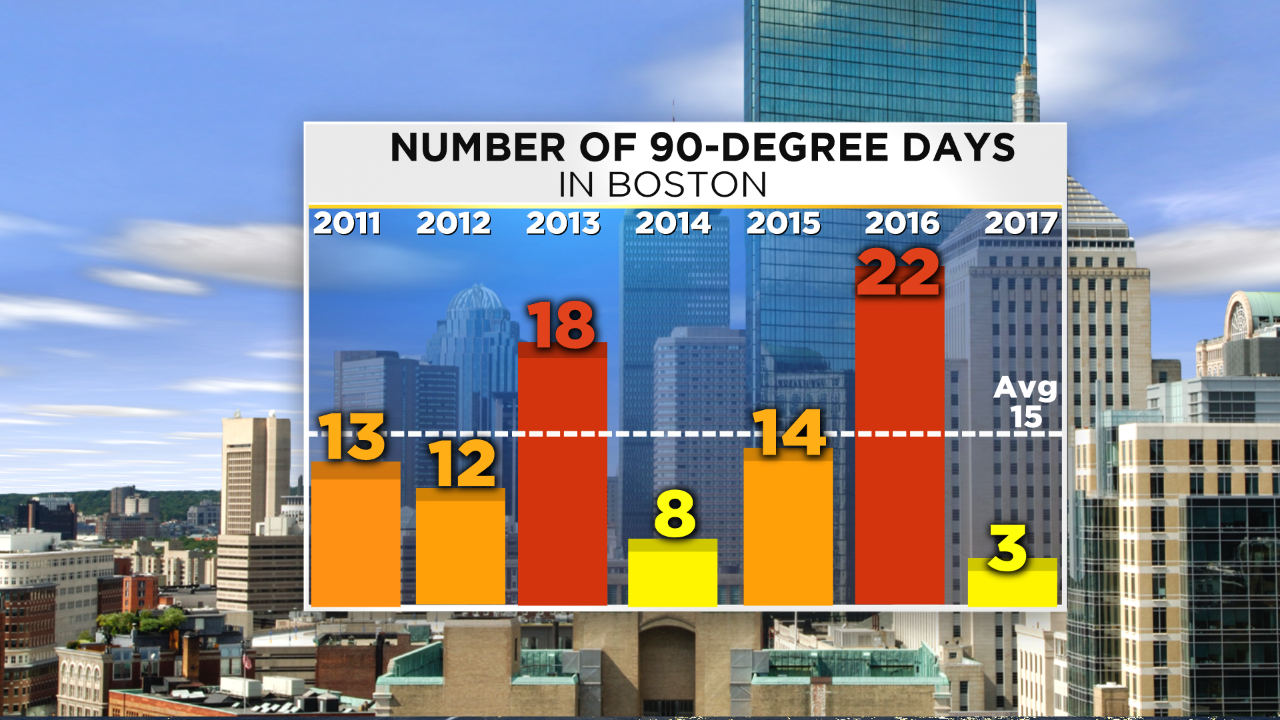 Will it be a scorcher like last summer, when the temperature maxed out at 90 or higher on 12 days in July and seven days in August in Boston?

I have been projecting these 90-degree days over the past few summers and, surprisingly, I have been pleased with the results from the way below average 2014 to the near average 2015 to the whopping above average last year. Last year, I narrowed down my initial range of 20-25 to 22 and it was right on the money.

This year is a bit more complicated as there are some mixed signals emanating from the various global factors that clue us in on seasonal forecasts. Despite the second earliest heat wave on record in Boston comprised of 3 consecutive new record high temperatures on May 17-19 this year, it does not necessarily portend a sizzling summer. In fact, most of the indicators are flashing otherwise.

One of the main clues for the season ahead is the status of ENSO-Southern Oscillation or the phase of El Nino or La Nina. The models are advertising a transition into a weak El Nino through the summer and into the fall. This factor combined with the continuation of some North Atlantic blocking and also, importantly, the ample soil moisture that exists over much of the especially eastern portion of our nation, it SHOULD turn out cooler to much cooler than last summer. Last summer, we were coming out of a super El Nino of 2015 into early 2016 and most all of the previous similar setups  generated very hot summers here in the Northeast. That was the case in 2010 that triggered 25 days over 90 and more than 30 days over 90 in 1983. 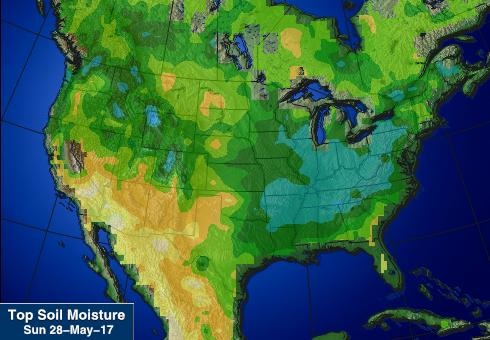 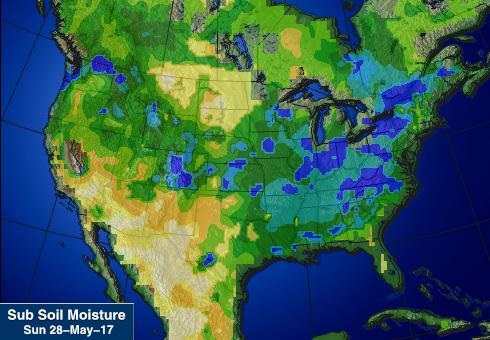 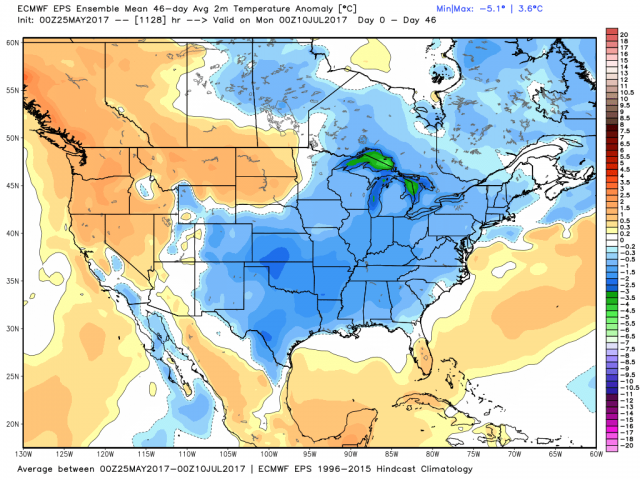 Right off the deck, the next 4-6 weeks look cooler than average according to this reliable model. Based upon global factors such as ENSO and locations of positive and negative seas surface temperature anomalies across the Pacific and Atlantic, the associated closest analog years namely 2004, 2006, 2009  have yielded 5, 11 and 6 days over 90 respectively. 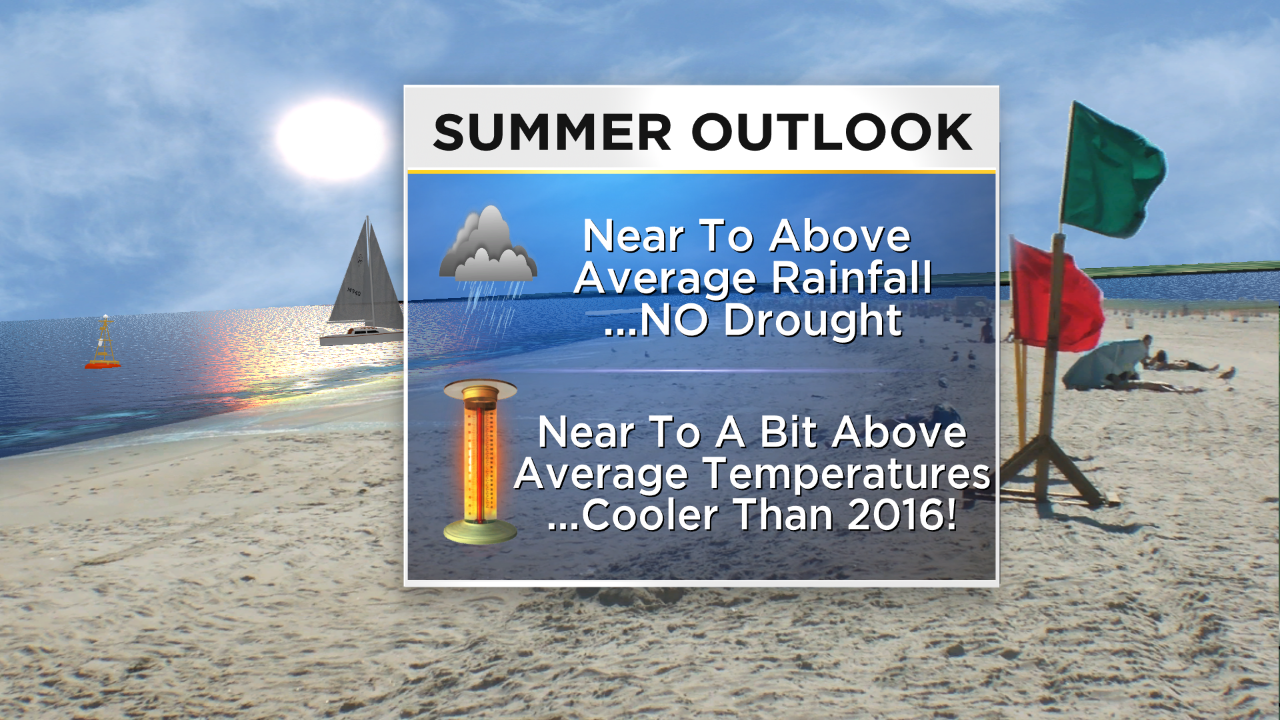 In conclusion, I anticipate near to above average rainfall this summer with NO drought! The overall temperatures will end up near to perhaps a bit above average but it should be cooler over last summer. The coolest weather may be located from the Great Lakes into portions of the Midwest. Eastern seaboard locations may be modified by a warmer ocean. 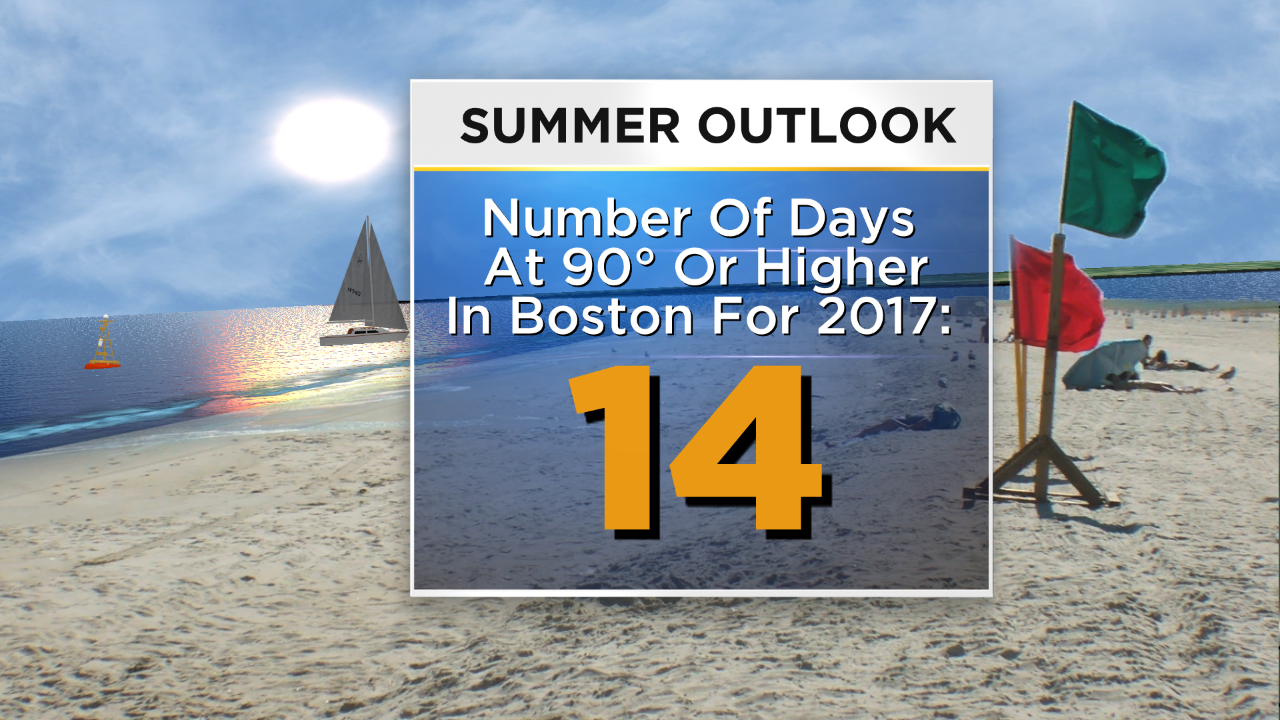 Drum roll please!  Thus, I am predicting a range of 10-15 days at 90 degrees or higher in Boston and I am picking 14 as my final number which is one under the average of 15. That means I am expecting Boston to get 11 more days at 90+ and that could be too many! Bear in mind that farther inland away from cooling onshore breezes, the count would be higher than Boston's but even there, the number should be down by 6-10 days from last summer. We'll also be keeping an eye on the tropics for any potential hurricanes from Florida up to New England.

One final comment... over the last several years, thanks to Joe D'Aleo and Joe Bastardi of WeatherBell, I have learned much about the complex connectivity of the oceans and the atmosphere and the myriad of global factors that contribute to seasonal forecasting.

Have a great summer one and all!