BALTIMORE (WJZ) -- A witness to a violent carjacking that injured a trauma doctor on Friday is speaking out.

The witness described how they haven't been able to get through to the police despite watching the terrifying incident unfold.

That person says a man shot at Johns Hopkins trauma and acute care surgeon Dr. Madhu Subramanian from the middle of East 36th Street in Northeast Baltimore after he drove off.

Subramanian was headed to work when the shooting occurred around 7 a.m.

"It appeared to be an accident at first until I literally saw the young gentleman pull his gun out," the witness said.

A witness who asked to remain anonymous told WJZ on Saturday that they saw a black Honda Accord and black Infinity try to block in the Subramanian's car near the intersection.

The witness says they saw two young African American males. One of them had a gun and carried it as they walked around to the driver's side window.

The witness says Subramanian drove around the two cars and sped down East 36th Street. That's when gunfire erupted.

"The gentleman that was driving, as I stated, the black infinity stepped out in the middle of [the] street and opened fire and shot—I know—15 times at this vehicle," the witness said.

Subramanian was taken to the hospital where he was treated by his own team.

Johns Hopkins Medicine says that he was not seriously injured and has been released.

"It pisses me off because it continues to happen," Mayor Brandon Scott said. 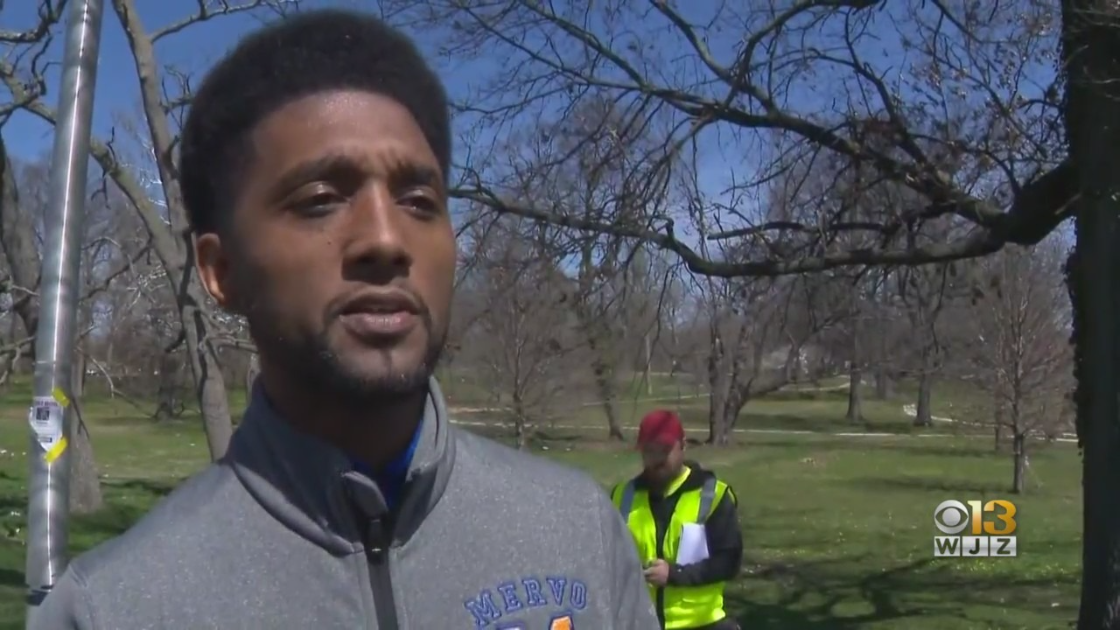 Scott says police have been dedicating resources to this neighborhood to try to address robberies and carjackings.

But he says they've arrested many of the same people in recent incidents.

"Recent arrests for the carjackings we've had out of the last 23 arrests 70 percent of them were re-arrests," he said.

Scott told WJZ he will make sure that police continue to work to get guns off the streets to prevent carjackings and other violent crimes.

But he says the city also has to focus on other efforts beyond policing.

"We have to start to think about what we can do, especially for young people who get caught committing these kind of violent crimes to not have us be arresting the same people over and over and over."

Anyone with information about what happened in Northeast Baltimore on Friday should call the police or Metro Crime Stoppers.