SAN JOSE (CBS SF) – Evacuations remained in place in Lakeport and Manteca Tuesday while San Jose residents struggled with the floodwaters of the swollen Coyote Creek.

In San Jose, firefighters were forced to rescue five people from the fast-rising waters of the Coyote Creek after a homeless encampment on its banks was inundated and also pulled more than a dozen people out of flooded homes in a neighborhood near Senter and Phelan.

The Anderson Reservoir has overflowed for the first time in decades, forcing officials to release thousands of gallons of water an hour into Coyote Creek

With showers lingering in the area, a flash flood warning for the creek has been extended until Friday.

In Lakeport, about 100 residents of four areas of the city were forced to evacuate their homes on Monday due to rising flood waters, including two mobile home parks and some waterfront homes. 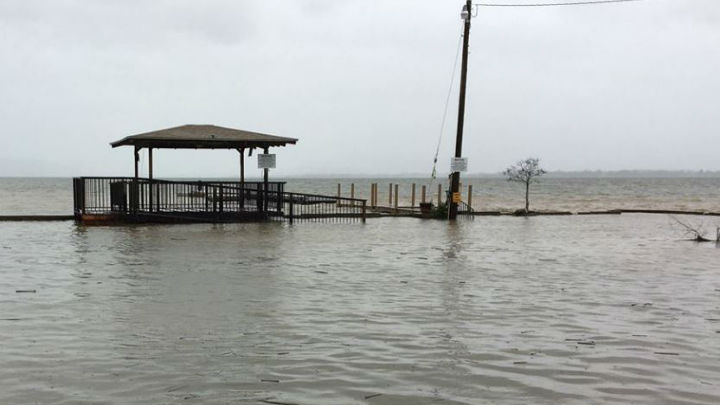 Tim Connor, a resident of the Aqua Park mobile home development, was placing wooden barriers around his home, hoping to keep the rising lake water at bay.

"Right now, we are just trying to save the place," he said.

Lakeport sits on the shores of Clear Lake which has been swollen by the waters of the lower Sacramento River.

Kevin Ingram, the Lakeport's flood coordinator, said he expected the lake to rise nearly another inch over the next few days.

"It's very serious," county Sheriff Brian Martin said of the potential for flooding. "There's going to be widespread property damage ... our ground's been saturated."

In the San Joaquin Valley, a flash flood warning remained in effect following a levee break along the San Joaquin River that prompted an evacuation order for about 500 people living mainly in ranch and farmland areas near Manteca. 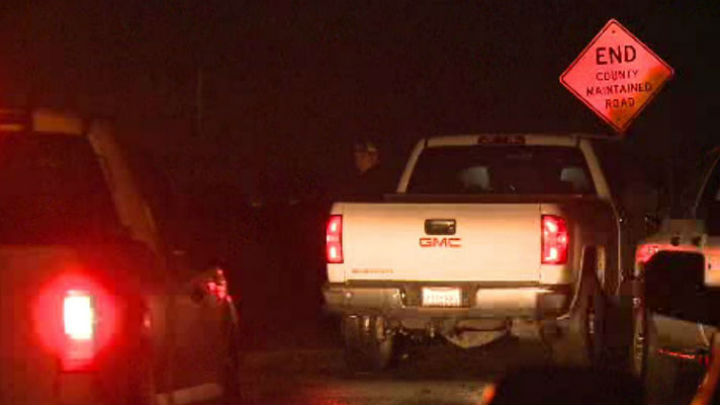 "When the water gets that high and more water is coming, there is just too much pressure and levees can break," said Tim Daly, a spokesman with the San Joaquin County Office of Emergency Services.

Dino Warda of Manteca told KCRA-TV that some farmers took their tractors and other equipment to the levee to help shore it up.

In Monterey County, people living along a section of the Carmel River were told to leave, as were those in a neighborhood of Salinas near Santa Rita Creek. The Carmel River, which has flooded several times in the past month, and the Salinas River were also expected to approach flood levels.

At the Don Pedro reservoir, which captures water from the Tuolumne River, operators opened a spillway for the first time in 20 years.

In the Sierra Nevada, a portion of Highway 50 — a main route to Lake Tahoe — was in danger of collapsing after the shoulder gave way following heavy storms, the California Highway Patrol reported.

And an avalanche near Mt. Rose has the main highway closed between Reno and Lake Tahoe. No injuries were reported.