SAN FRANCISCO (KPIX) -- Even from a distance, the sheer size and scale of the Pink Triangle -- one of the most enduring and eye-catching symbols of San Francisco's Pride celebration -- is impressive.

"When the pink triangle began, 23 years ago, it went up as a renegade craft project in the middle of the night so we wouldn't be arrested," said Patrick Carney, with Friends of the Pink Triangle. Carney was there at the beginning.

"Now it's celebrated, with many city officials actually coming to the ceremony," he added. 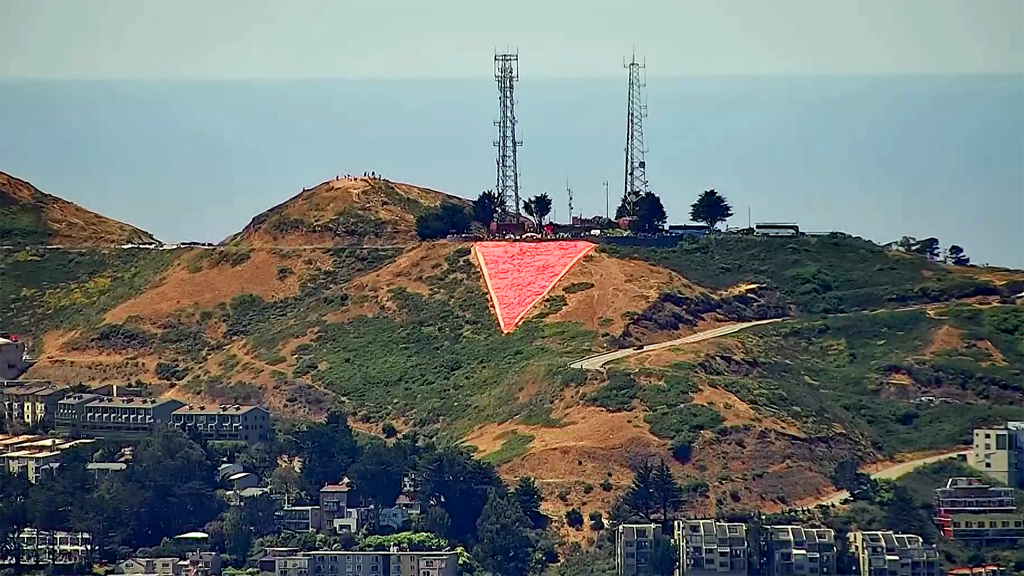 On Saturday, newly-elected San Francisco mayor London Breed reminded the group gathered on Twin Peaks about the Pink Triangle's historic significance as a symbol of discrimination in Nazi Germany. Now it is a badge of open and unapologetic pride.

Crafted from more than an acre of cloth, draping the Pink Triangle above the Castro District requires the work of more than two hundred volunteers, including Colleen Hodgkins, who believes the symbol is as meaningful and relevant today as it has ever been.

"The struggle is ongoing and if you do not stay vigilant, you will lose," she said.