Undercover officers spotted the suspects about 7 p.m. Friday, allegedly selling the fireworks out of a van in the 37000 block of Elm Street, Newark police said in a news release.

Because the fireworks were deemed dangerous, the Alameda County Sheriff's Office Explosive Ordinance Disposal Team was called to the scene to take them away for controlled disposal, police said. 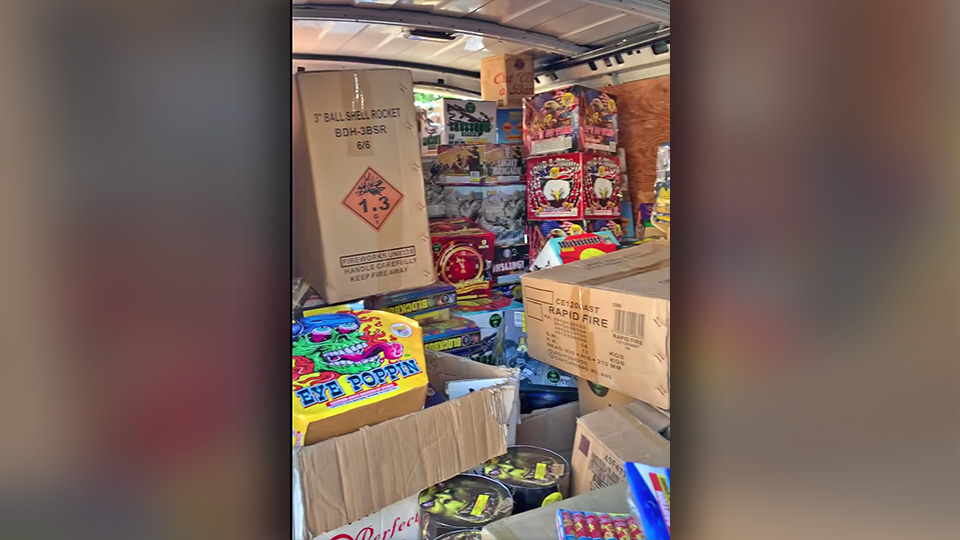 They were booked at Santa Rita Jail.

To report someone in possession, selling and/or lighting fireworks, call the Fireworks Hotline at (866)520-7233 (SAFE).