LAPD detectives said Victor McElhaney, a 21-year-old jazz student in USC's prestigious Thornton School of Music, was shot during an apparent robbery attempt in a strip mall just after midnight on Sunday.

"I'm Victor's mama," Gibson McElhaney said. "It's an identity I gained when he came into the world. My baby was amazing. Every mother says that but it was really true about this little Victor."

According to police, three or four young men approached McElhaney, shot him, then jumped in a vehicle and drove away. It's not clear if anything was taken. He was rushed to a nearby hospital and died at 11 a.m., Sunday morning.

Since word of his death became public, there has been an outpouring of grief by those who knew him.

"There was so much love for Victor," his mother told reporters. "I didn't want to make a show of this, but so many people wanted to talk to me. I couldn't possibly handle all of it -- not without him. Thanks for coming, this one time when my knees won't buckle too much. Victor was my sunshine. I prayed every night, every day - Please don't take my sunshine away."

As Gibson McEhaney spoke, she was surrounded by family, friends and Oakland religious leaders during her news conference at USC. Her voice was filled with emotion and tears flowed from her eyes.

"Victor is not a homicide number or statistic or just another black boy gunned down in south-central Los Angeles," she said. "I want all of you to know that Victor came into the world a drummer. He was drumming from the moment he could sit up and not just hitting bins to make noise like all little human people do. Victor was listening for a sound."

"I see him around the campus all the time so it still feels kind of unreal," said Spruill. "Everyone that knew him knew he was always fighting for the causes that he believed in so it's really jarring for it to happen."

Gibson McEhaney said it was his love of jazz that brought him to USC and Los Angeles from his Oakland home.

"He came here because he wanted to be in the great pantheon of all this great jazz tradition that has been held in trust at USC," she said. "We felt bounded in love in this place.

Gibson McElhaney was elected to the Oakland City Council in 2012. She represents District 3 – which covers Jack London Square, the city's port, Lake Merritt and West Oakland and Downtown/Uptown.

"I was Victor's mom, Victor was not Lynette's son. He was the son of the village, the global village of people who loved him and he loved back," she said.

Councilwoman McElhany lost a close family friend she considered a grandson to gun violence a few years ago. The 17-year-old boy was shot during a robbery in West Oakland on Christmas Eve in 2015. Over the past weeks, McElhany has been attending the trial of the man charged with the his murder.

Now she and her husband have lost their only son. 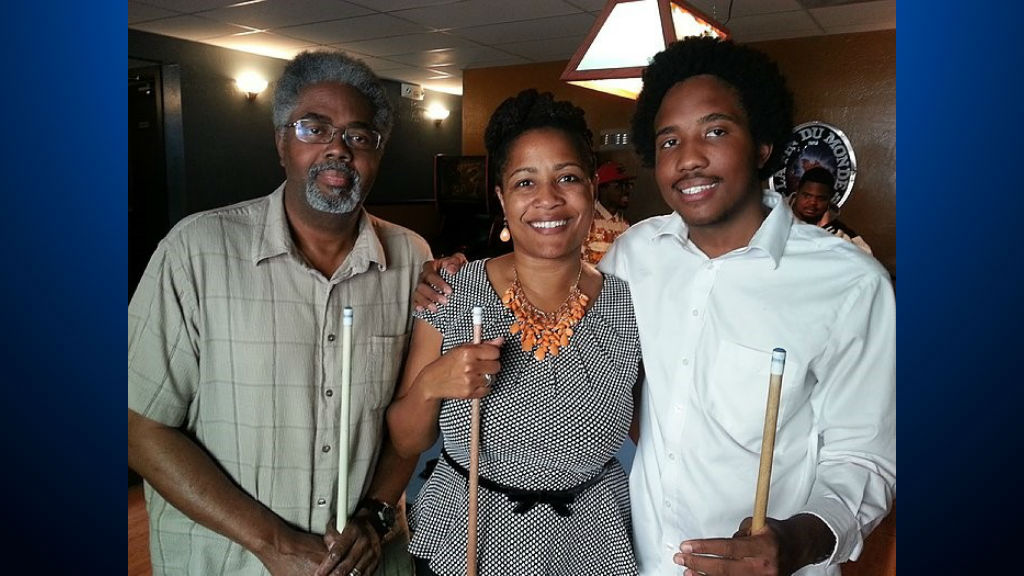 Victor attended Oakland's School for the Performing Arts and Cal State East Bay before transferring to USC in 2017, where he was a senior. He would have turned 22 on April 13.

Through tears, Gibson McElhaney thanked everyone for their support.

"I'm crying," she said. "But really I'm crying for all of those who never got to meet him and be touched by him."