Lamar went into the night leading all nominees with 11 nominations, and took home five: Best Rap Performance and Best Rap Song (both for "Alright"), Best Rap/Sung Collaboration ("These Walls"), Best Rap Album (To Pimp a Butterfly), and Best Music Video (for his appearance on Swift's "Bad Blood"). And as far as the performances go, Lamar's was easily the most memorable of the night. His medley of Butterfly's "The Blacker the Berry" and "Alright" was one of the most politically charged that the GRAMMYs have ever seen, and the performance itself was probably the most furious moment in the show's history.

Leading a chain gang out onto a stage set that looked like a jail, it seemed like a response to all of the critics who interpreted Beyonce's pro-black Super Bowl Halftime show performance as being racist. He rapped a PG version of the song's lyrics: "My hair is nappy, you know it's big, my nose is round and wide/You hate me don't you?/You hate my people, your plan is to terminate my culture/You're evil I want you to recognize that I'm a proud monkey/You vandalize my perception but can't take style from me." He was soon joined by dancers donning what looked like traditional African garb. 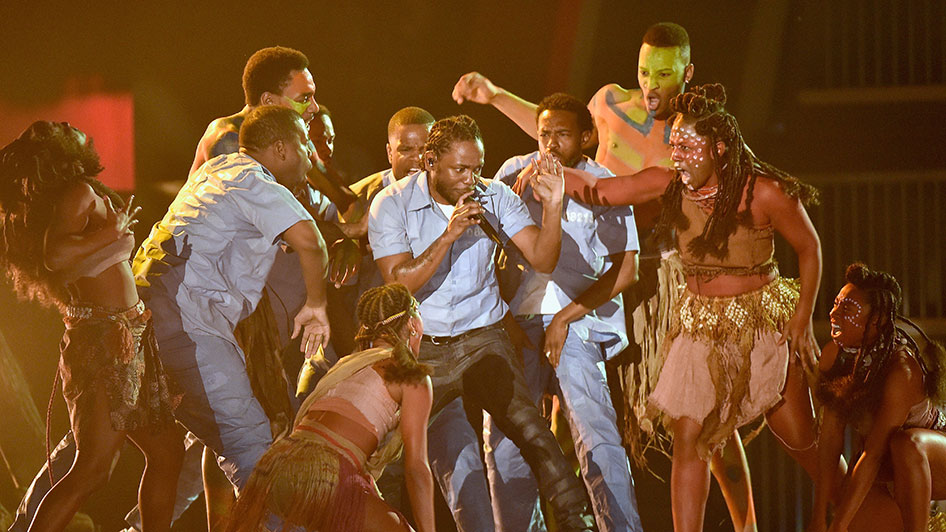 After the song, he launched into a freestyle referencing February 26, the date of Trayvon Martin's death, and later said that 2012 (the year Martin died) "set us back 400 years." The combination of the changed lyrics and new freestyle shouldn't go unnoticed. He took out the lyric saying that "we hate" the police, instead adding a critique of a single action. This wasn't "f--- the police," it was a critique of a very specific incident.

You'd have to have been really paying attention to notice the lyrical substation (or watching a recording of the performance to make sure you remembered it correctly), but regardless, most of the audience were blown away by the performance, which ended with Lamar's silhouette in front of a map of Africa, with the word "Compton" on it. This was uncompromising, political hip-hop at it's finest, confrontational and raw. It will be interesting to see how it plays out on political talk shows.

A much more easily interpreted and digestible commentary came from Swift during her acceptance speech for Album of the Year for 1989. "As the first woman to win Album of the Year at the Grammys twice," she said, "I want to say to all the young women out there: there are going to be people along the way who will try to undercut your success, or take credit for your accomplishments or your fame." This was an obvious response to Kanye West, who, last week, debuted a new song called "Famous," where he said "I feel like me and Taylor might still have sex, Why? I made that bitch famous, God damn, I made that bitch famous." 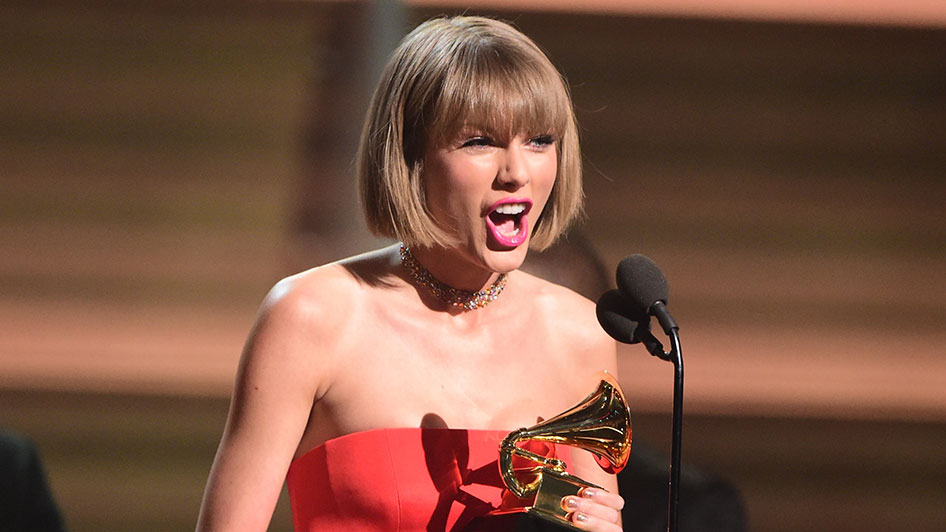 West claimed that he had Swift's blessings for the song, which her representatives strongly denied.

"But if you just focus on the work," she continued, "And you don’t let those people sidetrack you, someday when you get where you’re going, you’ll look around and you’ll know that it was you and the people who love you that put you there, and that will be the greatest feeling in the world." In comparison to Lamar's Black Lives Matter commentary, Swift's jab at West seemed less significant; on the other hand, no one wants to be bullied. And you have to give it to Swift for taking the high road, and not engaging directly with West. West, who had been ranting on twitter earlier in the day, has yet to respond.

Another big winner was country artist Chris Stapleton, who won Best Country Performance for "Traveller" and Best Country Album for Traveller. But while he's being touted as an alternative to commercially successful artists who dominate country music, the reality is a bit more complicated: as a writer, he's written and co-written songs that have been recorded by Luke Bryan, Thomas Rhett and Kenny Chesney. His own album harkens back to country's roots, and his singing is bluesier than most of his peers -- which is why he was a natural fit for the B.B. King tribute (which also featured Gary Clark Jr. and Bonnie Raitt), one of the highlights of the night for those who like their fireworks on the fretboard and on the mic. 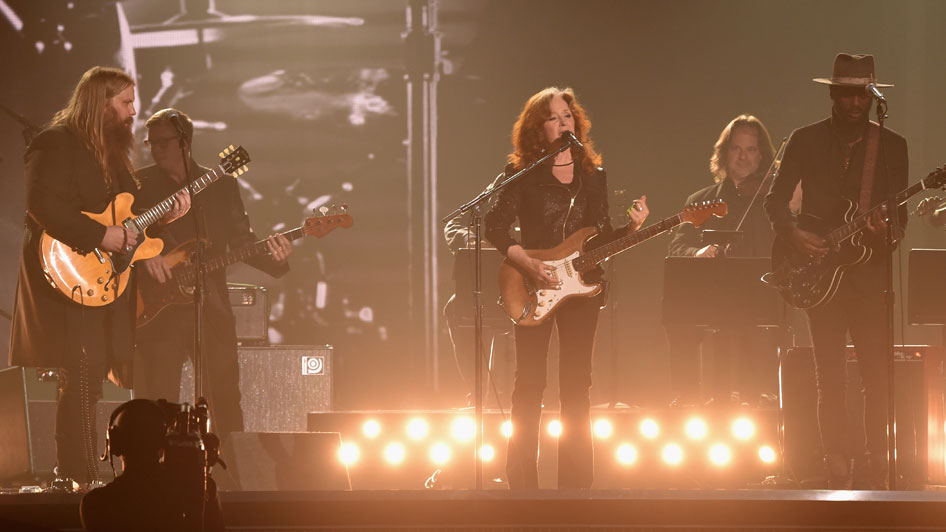 Indeed, the many tributes provided some of the most powerful moments of the show, a reminder of what great musical talent we'd lost, from across the musical spectrum, over the past year. Lady Gaga's David Bowie tribute was her second knockout performance in just over a week, showing her diversity: at the Super Bowl she did a classy and classic (and not controversial!) National Anthem, but she definitely got her freak on to pay tribute to the Thin White Duke. On one hand, the performance seemed to have too many songs squashed into too short a timeslot; on the other, there were so many that didn't make it. Everyone wished the tribute would last just a bit longer.

The Hollywood Vampires - aka Alice Cooper, Joe Perry of Aerosmith and Johnny Depp, along with Guns N Roses/Velvet Revolver members Duff McKagan and Matt Sorum - paid tribute to fallen Motorhead leader Lemmy with a fire-breathing "Ace of Spades" (easily the GRAMMYs' most metal moment, ever). And most of the surviving Eagles paid tribute to their fallen guitarist/singer Glenn Frey with "Take It Easy," featuring Jackson Browne, who co-wrote that song with Frey.

Some Earth Wind and Fire fans were upset that there wasn't a tribute segment to the band's late leader Maurice White, but to be fair, he passed away just over a week ago, and the ceremony was already packed with tributes. It's been a sad year for music fans. Still, it was nice to see Stevie Wonder and vocal group Pentatonix doing an a cappella "That's the Way of the World."

But it's also nice to pay tribute to people who are still with us, so the Lionel Richie tribute -- featuring a diverse lineup of John Legend, Demi Lovato, Luke Bryan, Meghan Trainor, Tyrese and Richie himself -- was a nice reminder that at its best, music really does bring people together. Two nights earlier, Richie was feted at the annual NARAS Person of the Year Awards, which featured some of those artists, along with Usher, Dave Grohl and Lenny Kravitz. People love the man, and the music he made. Kanye West mimicked Richie's '80s mullet a few years back; he'd do well to consider studying Lionel's attitude as well.