SAN FRANCISCO (CBS SF) -- It may have been less than a shot glass, but the 0.01 inches of rain that fell late Monday night in San Francisco broke a 44-day streak of zero precipitation dating back to January 8th.

There was a one-word reaction on the National Weather Service's twitter page.

While showers were light in the Bay Area, the front was pelting the Sierra with a snowstorm that could dump as much as a foot at the higher elevations. Chain controls were in place early Tuesday in the high passes on Highway 50 and I-80. 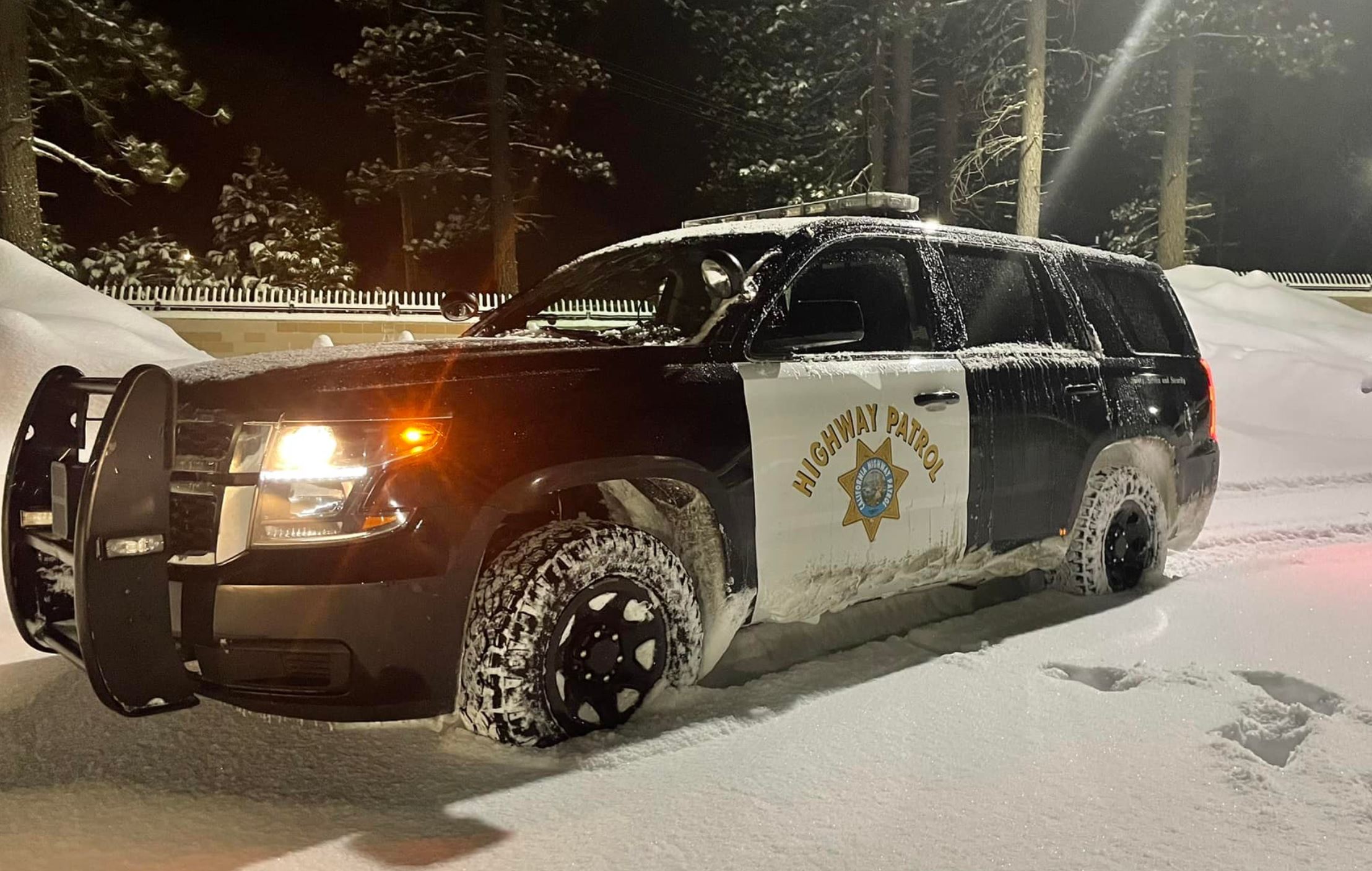 At the UC Berkeley Central Sierra Snow Lab located near Donner Summit nearly a foot of snow had fallen by 8 a.m.

"11.1' (inches) of #snow over the last 24 hours at our 8am measurement! With a snow water equivalent of 0.76', our snow to liquid ratio was about 15:1.," the researchers tweeted. "More is expected during the day today and we're expecting it to end this evening or early tomorrow."

Chances for even more rainfall will linger over the San Francisco Bay Area throughout the day as the a layer of cold, unstable air floats over the region.

"Isolated to scattered rain showers persist over the region this morning within the cold, unstable air mass aloft," the weather service said. "These rain showers are likely to continue through today before diminishing from north to south late tonight and into early Wednesday morning."

The unstable air could trigger brief hail storms and lightning -- a fire threat in the hills dried out during the dry spell.

"There's going to be a lot of cold air in the upper levels of the atmosphere. That increases how unstable the atmosphere is, which increases the threat of cloud-to-ground lightning," explained First Alert Chief Meteorologist Paul Heggen. "The unstable environment, coupled with the cold air, will also allow some small hail to fall out of any showers that manage to become thunderstorms."

The Monterey area will get the most rain, according to the weather service, about half an inch in the Santa Lucia Range.

Once the rain showers wind down Tuesday evening, cold temperatures will take over for the rest of the week. Most of the North Bay and inland portions of the East Bay is under a Freeze Watch for Wednesday, Thursday and Friday mornings. That's likely to be upgraded to Freeze Warning, as temperatures will drop to the mid to upper 20s in the early mornings.

Other inland parts of the Bay Area will drop to near freezing, which will prompt a Frost Advisory. Bay Area residents are advised to take care to protect sensitive vegetation and outdoor plumbing, and make sure outdoor pets have a warm place to shelter.

"The coldest temperatures will likely occur Thursday morning when lows drop into the mid 20 in the coldest portions of the North Bay Valleys and interior Monterey County," the weather service warned.

Later in the week, dry conditions will return.

"High pressure over the eastern Pacific will build back toward the California coast late in the week and into the upcoming weekend," the weather service said. "This will result in a slight warming trend and return to dry weather conditions. Longer range guidance suggest a return to unsettled conditions early next week, yet rainfall does not look overly impressive."